Posted by SOTN at TheMillenniumReport.com

Patriots v. Buccaneers: The Real ‘Super Bowl’ & Radioactive Back Story No One Is Talking About

Did the NWO globalists even engineer
Tom Brady’s move from the Patriots
to the Buccaneers? 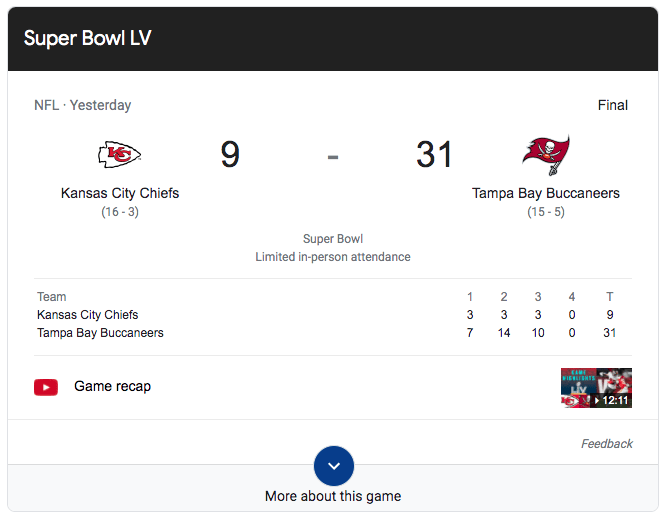 Does anyone think the New World Order globalist cabal
would have tolerated another Super Bowl victory by the
Boston PATRIOTS?

Think about it … especially all the manufactured dramas
specifically designed to consume the PATRIOTS and
generate so much bad blood in order to get
superstar Tom Brady to move to the
Tampa Bay Buccaneers.

• The 2007 Spygate scandal was specifically engineered to create distrust between Coach Bill Belichick and his star quarterback Tom Brady, and especially to tarnish the reputation of the Patriots.

• Then there were the 2014 falsified injury report allegations.  This was yet another obvious attempt to ruin the Patriots rep NFL-wide.

• Let’s not forget the 2014 AFC divisional playoff game where the Patriots were falsely accused of a “sneaky formation” that somehow baffled the Baltimore Ravens.

• Who could ever forget the utterly ridiculous 2015 ‘headset malfunctions’ that supposedly angered the equally baffled the Pittsburgh Steelers?!  As always, the Patriots were wrongly accused.

• The stealthy black operation known as DEFLATEgate was carried out to destroy trust between Tom Brady and the Patriot staff who were paid to set him up with the patently false scandal.

• Then there was the 2019 play clock trick that revealed an NFL rulebook loophole.  As usual, no rules were broken by Team Patriot, but that’s not how the press reported it.

• Lastly, there was the “2019 Bengals video scandal”.  Talk about fabricating a non-scandal out of thin air.  That one proved for all time that the globalists were out to damage the Patriots for all time

• Of course, the unlawful sting operation to ‘catch’ Patriot owner Robert Kraft participating in the fake ‘international human trafficking ring’ in Palm Beach, Florida was unprecedented by any standard.  A close look at what really happened there indicates that strings were pulled at the very highest levels of Florida law enforcement, which could only have been pulled by globalist kingpins.  That deceitful entrapment operation was clearly executed to drive an emotional wedge between Kraft and Brady, which it did.  What GOAT would ever want to be associated with even a hint of human trafficking (even though it was proven false and fabricated)?!

Really, who could have known that the treacherous globalists actually engineered Tom Brady’s move from the PATRIOTS to the BUCCANEERS?!

Words have great meaning today, as do NAMES, and some words and names are so emotionally charged that they can start wars and move mountains.

One of those super-charged words is “Patriot“.

The globalists probably hate that particular word more than any other in the English language.

Given that one of the primary goals on their New World Order agenda is to foist a One World Government on the entire planetary civilization, patriotism must be destroyed worldwide, as seen from their many nefarious schemes.

In point of fact, the storming of the capitol was quite purposefully staged to profoundly ruin the reputation of the Patriot Movement, which it did in some quarters.

In light of this stark reality, it ought to be easy to see why the globalists did not want the Boston Patriots to win any more Super Bowls.  All those victories did was to rightly glorify the cause of the brave Patriot Movement across America.

On the contrary, the NWO cabal would much rather have pirates win the day, which is precisely why the GOAT — Tom Brady — is now a Buccaneer…and no longer a Patriot.

KEY POINTS: In view of the shockingly brazen and desperate POTUS election theft of 2020, as well as the illegitimate installation of imposter Joe Biden into the White House on Inauguration Day, it appears that the globalist election thieves have won the war. It took Democrat “Pirates”*, who would endlessly lie and cheat, murder and steal, to recklessly win that critical election. This is why the Buccaneers were victorious for the 2021 Super Bowl. Yes, everything in this world is that fake and fixed, especially easily manipulated professional sports which routinely captures the valuable attention of the whole world, not just the USA. After all, what’s bigger than the Super Bowl.  The whole Sunday eve extravaganza yesterday was nothing but a HUGE celebration for the globalists—–that the pirates have won … … … but only this battle of the ongoing Second American Revolution.  And their coup de grace is that they used an all-American Patriot like Tom Brady to seal their triumph.  That was after they paired him up — AGAIN — with his former co-Patriot star receiver Rob Gronkowski—WOW!

*The original pirates on the Atlantic Ocean high seas were British privateers.  As the English often did to gain respectability, they named their pirates —> privateers.  Similarly, the 2020 POTUS election theft was overseen primarily by the British Intel Community, who worked in concert with the U.S. Intelligence Community, numerous Deep State operatives, as well as countless fraudsters throughout the Democrat Party.

Submitted by The Armchair Super Bowl Analyst
State of the Nation
February 8, 2021

The following SOTN post contains incontrovertible hard evidence, that proves beyond any doubt, that the 2020 POTUS election was stolen by a highly organized international crime syndicate which was set up for that explicit purpose. See: “ABSOLUTE PROOF”: Damning Digital Evidence of Ballot Fraud Means 2020 POTUS Election Is NOT Over