That Pakistan are not good at chasing is something we have heard and witnessed for as long as Pakistan has been playing international cricket.
Despite that fact, in the 6 completed limited over matches on their current tour of South Africa, Pakistan have completed 3 successful run chases and have once come to within 17 runs of a mammoth target of 342.
Moreover, the 3 successful run chases have included their third highest ever chase against South Africa in ODIs, and two of their highest chases ever in T20Is – both within a period of 4 days.
In the first T20Is against the Proteas, Pakistan chased down 189 with a delivery to spare, on the back of a fighting unbeaten knock of 74 off 50 deliveries by Mohammad Rizwan.
That 189 was the highest total ever chased by Pakistan in a T20I.
Till last night, when Pakistan made chasing 204 look like a cakewalk.
Rizwan was instrumental in this chase as well with another unbeaten knock of 73 off 47 deliveries.
But the man of the hour was Babar Azam. 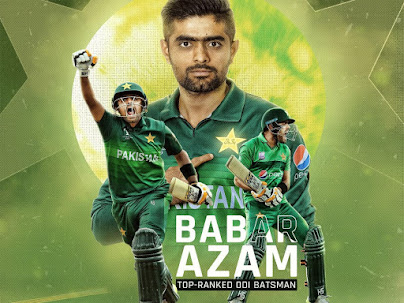 Newly crowned as the number one ranked batsman in ODIs, Babar celebrated that achievement by playing one of the best innings ever played in a T20 international.
Babar made the chase look so easy that Pakistan reached their target with a full two overs to spare!
I have never witnessed such a masterclass of an innings in a T20I. Not by a Pakistan batsman, not by any batsman.
It was truly majestic.
Babar’s 122 came off only 59 deliveries and included 15 boundaries and 4 sixes.
From the get go, he was in charge of the chase, hitting boundaries in every over, running with supreme urgency with Rizwan, finding gaps with precision, turning good deliveries into run scoring opportunities, and clearing the boundary with such finesse.
The best part about Babar’s innings was that not once did he seemed rushed, not once did he try to slog, not once did it seem it was about power hitting. It was completely flawless classical batting with text book shots.
He did it with such ease that it left everyone from his teammates to the opposition and all the viewers completely awestruck.
I have already gone back and viewed his innings another 4 times since the match ended and I have no doubt in my mind that I have witnessed the best T20I knock ever in the history of the game.
Babar also broke a number of records with his majestic innings, including:
1. His 122 is now the highest individual score by a Pakistan batsman in T20Is, overtaking Ahmed Shehzad’s 111* against Bangladesh in 2014.
2. 122 is also the highest ever score by a captain in a T20I chase, and the 4th highest ever by a captain in a T20I.
3. It is also the second highest ever score by a batsman while chasing in T20Is. Babar was unfortunate to miss out on the record 125 scored by Evin Lewis against India in 2017.
4. Babar reached his maiden T20I century off 49 deliveries, the fastest 100 ever by a Pakistan batsman in T20Is. And in all limited overs cricket, there is only one Pakistan batsman who has scored a century off fewer deliveries – Shahid Afridi – one off 37 deliveries and another off 45.
5. His opening partnership of 197 with Rizwan is now the highest partnership ever in T20Is by Pakistan, going past the unbeaten 143 put on by Shehzad and Hafeez against Zimbabwe in 2013.
6. It is also the highest ever partnership in a chase in T20Is, eclipsing the unbeaten partnership of 171 between Kane Williamson and Martin Guptill against Pakistan in 2016.
7. The 197 run partnership is also the highest while chasing in all T20 cricket.
8. It is also the 4th highest ever partnership for any wicket in T20Is, and the highest ever in a match involving two of the top 8 ranked teams.
9. Babar smashed 15 boundaries in his innings, which is the most number of boundaries hit by any batsman in a T20I chase.
10. It is also the second highest number of boundaries in a T20I innings by any batsman, just 1 behind the 16 hit by Aaron Finch against Zimbabwe.
On top of all these records, it was also Pakistan’s highest ever successful chase in T20Is.
Babar was truly marvelous. The innings was a rare gem, and if you missed it you must watch the highlights. On repeat. Multiple times.
With every season, Babar has grown in stature. He is the best batsman in Pakistan, we all knew. Now, he has claim to the tag of being the best batsman in the world too!