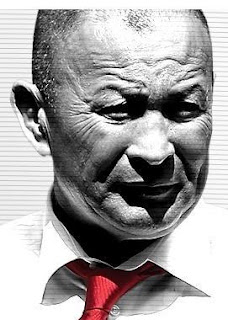 The RFU’s “brutally honest” review into England’s disastrous fifth-place finish in this year’s Six Nations has – surprise, surprise – resulted in Eddie Jones being backed to continue as England’s head coach.

Following a competition in which England completed a reverse Triple Crown – losing to all of Scotland, Wales and Ireland – for the first time since 1976, it does make you wonder what it might have taken for Jones to have lost his job – defeat to Italy and finishing bottom, perhaps?
The soundbites to come out of the review, that the debrief was valuable, that lessons were learned and that actions had been identified, really don’t amount to a hill of beans unless several major issues are addressed and changes are made.
These include:
So, a few things to sort out and, as I’ve said before, for any of these issues to be addressed it will require a change of tack from Jones. The Lions will deprive him of a few (although far fewer than originally expected) players this summer with England due, at the time of writing, to face USA and Canada. It is an ideal opportunity for him to press “re-set”, to have a proper look at players who have been putting their hand up and shouting “Sir, me Sir!” for quite some time now, and to loosen the tactical straightjacket which has so restricted his England team in 2020/21.
Get it right, and England could be back in business by the time of the November internationals with a revitalised and competitive squad.
Why is it, then, that I have this horrible sense of foreboding that very little will change?