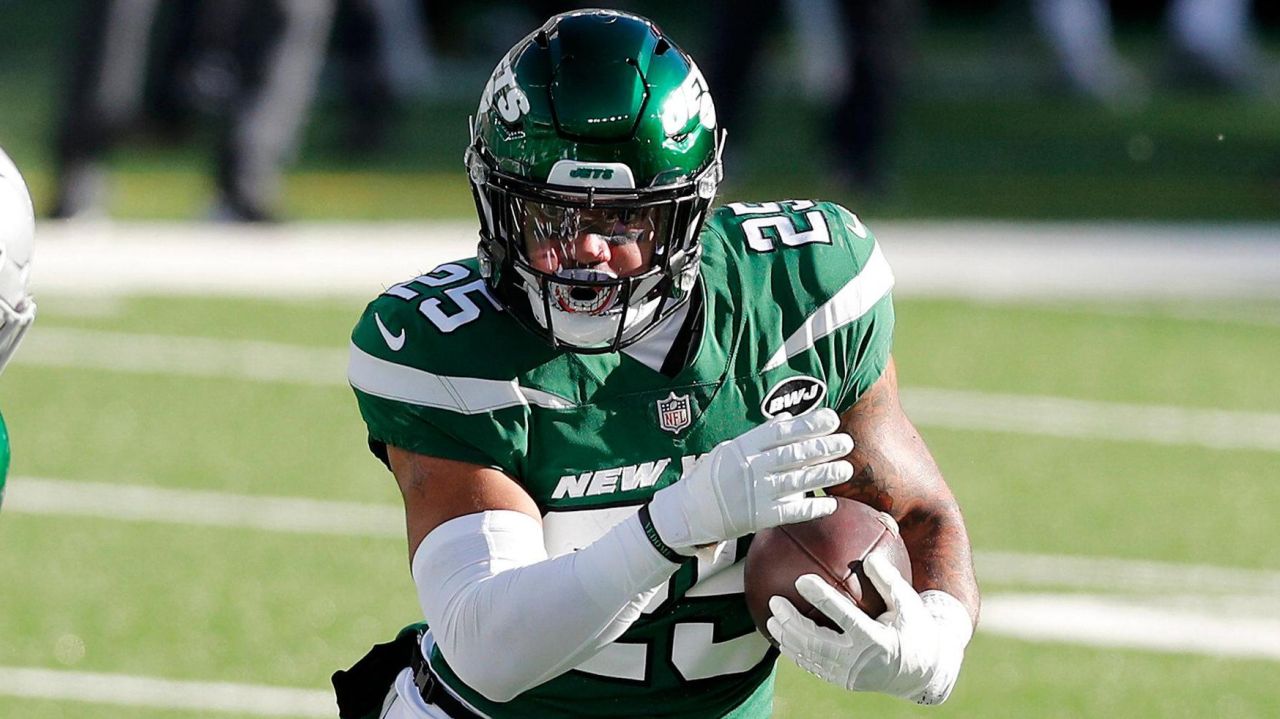 The 2020 NFL season was a tough one for anyone residing at 1 Jets Drive as the club found the end zone about as often as its two previous General Managers found a quality football player.  The NFL’s worst offense was led by running back Frank Gore who carried the football 187 times, averaging 3.49 YPC before calling it a career in week 15.  Perhaps a tribute to his 18.7 second 40 time?

Meanwhile, little-known and less used backup Ty Johnson made the most of his few opportunities, running the ball 54 times for 254 yards (4.7 YPC) on the season.  It was a week 5 meeting between the Jets and Dolphins when Johnson saw his first carry of the season, running for an 8-yard gain.  Hardly the thing dreams are made of, but it was about as good as anything the Jets had seen from a running back on offense up to that point.  Then on the very next play, Johnson exploded for a 34-yard gain.  It may as well have been a 99-yard TD run for the worst offense in the NFL.  Did the Jets finally have a player on the roster who was capable of hitting a hole, outrunning defenders and making a difference?  Jets fans wanted to know.  Sadly, Jets coaches weren’t interested.

Over the course of the next five weeks, Johnson would carry the ball 3, 0, 3, 0, 0 and 2 times respectively.  Just eight carries over five games.  Then in week 12, the Jets had no choice but to turn to Johnson when Gore went down with an injury.  And behind the same offensive line that made Frank Gore look like a Walking Dead extra, Johnson ran the ball 22 times for 104 yards (4.73 YPC) and a touchdown.  That was it.  Surely it would mean Johnson would be a big part of the offense moving forward, right?  Wrong.  As the season wound down to a close and Gore returned to the lineup, Johnson’s carries over the final 4 weeks of the season were 8, 3, 2 and 11.

Now after going out and signing running back Tevin Coleman just before drafting North Carolina running back Michael Carter with the 107th pick in the NFL draft, some may think that closes the book on Johnson having any chance to contribute in 2021, but that may not be the case at all.  In looking at how the San Francisco 49ers utilized their running backs in recent years with Jets coordinator Mike LaFleur taking notes, Johnson may still have a place on the roster.

The Niners tended to load up a backs with high-end speed and acceleration, then spread carries out to avoid getting them too beat up.  Over the past two seasons in San Francisco, their top 6 backs have combined for 708 carries without a single runner carrying the ball 140 times in a season.  Some of this was a product of injury, but even in 2019 when their top 3 backs appeared in no fewer than 13 games, each had at least 100 carries with Tevin Coleman and Raheem Mostert seeing 137 apiece and Matt Brieda picking up 123 of his own.

Should LaFleur take a similar approach, Johnson could more than double his carries from 2020 to 2021, giving the former Maryland Speedster a chance to show far more than he was able to under the previous coaching staff.  The Jets running back room may not boast the same level of talent as the wide receiver group, but with Coleman, Carter and Johnson, they have a capable group who can take advantage of what should be a much improved offensive line, leading to more trips to the end zone.