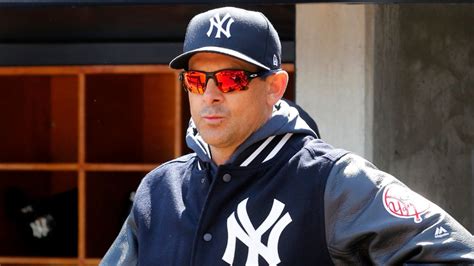 We’ve already said this but this Aaron Boone experiment just hasn’t worked. I don’t think this failing Yankees team is all Boone’s fault because he didn’t create the roster debacle we have but good managers can overcome challenges and still find ways to win. Then we have Boone and he has already

proven that he can’t. He’s too soft.
That’s why when Boone’s contract expires at the end of the season it is time to move on. This is his fourth year managing and the last time a Yankee’s manager continued to manage a fifth year without winning a championship was back in 1922. The odds of Boone escaping that stat are slim to none,
honestly. Yes, I am still taking into account that this 2021, but the Yankees are all about analytics now right? You can’t ignore those stats and the Yankees can’t either. 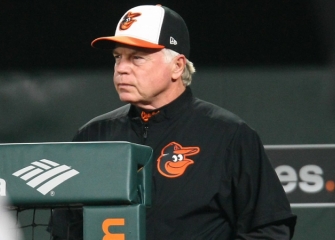 I don’t buy into all of these new age baseball ideas like analytics. Some of it is useful, but not everything. It’s time to switch things up a bit and I really think someone of old school thought can still bring some new life into this organization. we desperately need it and there’s one fan favorite manager that may be able to do it.
I don’t think it is a bad idea to give Buck Showalter another shot. He’s had a good long look at the Yankees this season with his work as a YES Network analyst so he has seen their weaknesses and he has a track record of revamping underperforming teams quickly. He has come in as teams start rebuilding and left teams in true contention mode. The Yankees need a serious rebuild, and Showalter can help get the job done if the Yankees will accept old-school history that has worked and their new way of thinking hasn’t.

The Yankees are so stuck on this heavy analytic based strategy that hasn’t worked well. Hiring younger and inexperienced skipper and pitching coach has not helped the Yankees win and old-school thinking still works. Look at how well the White Sox have done under Tony La Russa. Drama aside, they are
in first place now and earlier in the winter were not favored to be a contender in their division.
The idea of Buck Showalter as a manager for the Yankees goes against the Yankees new ideology, but his track record speaks for itself. He has what it takes to transform this organization going forward. He’s not soft, and we’ve watched soft all season now. Boone is soft, and Showalter is not. Put Boone back in the booth and leave the skipper duties, to Buck!