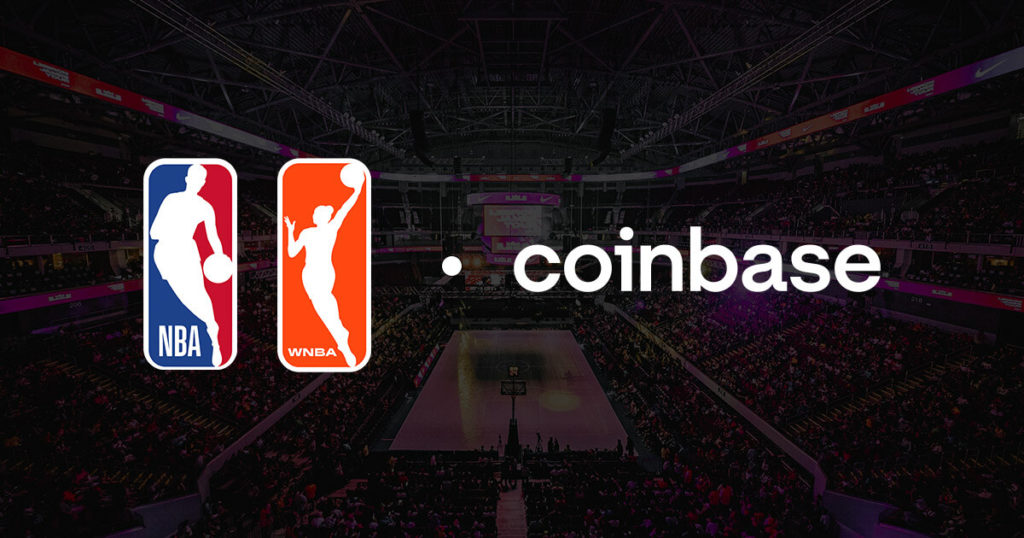 The deal, which marks the first cryptocurrency platform partnership for each league, will consist of unique content, innovations, activations and experiences from Coinbase to educate fans on the increasing advancements happening across the cryptoeconomy.

Beginning with tonight’s tip off of the NBA’s 75th Anniversary season, Coinbase will have a brand presence featured during nationally televised games. The company will also become the presenting partner of the WNBA Commissioner’s Cup and the USA Basketball men’s and women’s national team exhibition tours, as well as a partner of NBA G League Ignite.

“The freedom to participate and benefit from the things you believe in is at the heart of Coinbase’s mission. Nobody believes this more than NBA and WNBA fans. We’re proud to become the Leagues’ official cryptocurrency partner,” said Kate Rouch, Chief Marketing Officer of Coinbase. “As part of the partnership, we will create interactive experiences to engage with the NBA and WNBA’s incredible community and athletes around the world.”

“As a trusted cryptocurrency platform used by millions, Coinbase is a natural fit as the NBA’s first-ever partner in this thriving category,” said Kerry Tatlock, Senior Vice President, Global Marketing Partnerships and Media, NBA. “We look forward to collaborating with Coinbase to provide fans with new ways to engage with the league and each other, while also enhancing the experience for fans who are already Coinbase users.”

“Our partnership with Coinbase is representative of the WNBA’s emphasis on innovation as we continue to find opportunities to meet our fans where they are,” said Phil Cook, WNBA Chief Marketing Officer. “As we build off the success of the WNBA’s first 25 seasons, innovating alongside Coinbase will help us explore the future of fan engagement.”