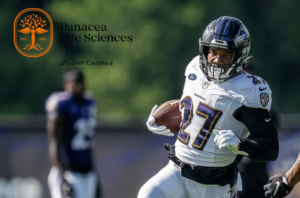 RSR’s Chris Schisler was at 1 Winning Drive for the start of training camp Week 3, ahead of the Ravens’ first preseason game coming up this Thursday against the Tennessee Titans. Here are a few quick observations ahead of his full write-up later this evening…

#Ravens having some work without helmets as a cool down measure. Players probably appreciate the short break. James Proche did throw a nice pass to Lamar Jackson. Fun little moment from some uneventful drills

Kyle Hamilton with a PICK! Near the end of practice. Great play by the #Ravens rookie! Tyler Huntley was the QB on the play. Hamilton made a great play on the ball breaking towards the sidelines. Showed some athleticism on the return. Good practice for him. Played deep a lot.

James Proche with the play of the day. I’m just gonna start calling him James play of the day. Mismatch vs Patrick Queen in coverage. Hamilton came over, but Jackson put the ball in a good spot and Proche had a contested catch and held on to it in traffic. Wowing play #Ravens

Speaking of Proche he had a great field goal hold on a bad snap. Stout was kicking and Proche got it lined up for him without it affecting Stout. The backup holder is really really good at it. #Ravens camp

#Ravens rookie Travis Jones looks like he’s ready to unleash on somebody. One play he got in the backfield quick. He’s very fast for a big man. Oweh looks the part of a top pass rusher.

Anyone saying Kyle Hamilton looks lost is tripping on something. This guy looks good. Hope we get a good showcase in the game on Thursday night.

Not a great day for LBs. It looked like Josh Bynes cramped up. Don’t think there’s anything to it. Queen lost a bit in pass coverage. No real standouts today at ILB.

Full notes coming in a bit!

The post Quick Notes: No Kidding, Dobbins is Back appeared first on Russell Street Report.