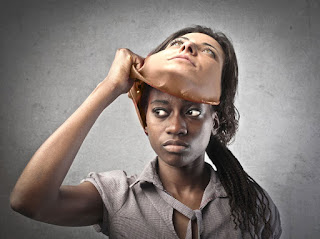 I see these new video below by Dave Murphy as bigoted, and toxic.
It’s a shame as he has done some good Flat Earth work, but dangerous as he has a large following.

1)  ”White is not a Skin Colour”   – How can anyone say this?   Especially when so many people with Brown skin see themselves as Black skinned.    We all know there are races in this realm, known as the white, yellow, red, black, and brown skinned humans.  To pick one that isn’t the self, and say it isn’t true can only come from hatred or suppressed pain.

The above are because the white race is a major threat to the elite, as the white race, generally speaking, goes against oppression and strange societal structures more than other races.  It is a race that is (was?) hard to control.   These are ironically also reasons why the elite are mainly white themselves.   Ever see any real protests in Saudi Arabia or China?   Ever see harmony in the Central African Republic?

Study the online truth movement and see what race is within over 95% of decent output fighting the world elite.   This is not bigoted to point this out.  It is objective.   Each race has many strengths and it’s ok to celebrate them.

Speaking super generally, the Black skinned race is super athletic and physically strong,  the Middle Eastern brown skinned race are great at trading and sharing,  the far eastern Yellow skinned race are super analytical and great at inventing and making things, and the northern White skinned race oftentimes step back and think in terms of social, cultural, and governmental structures (hence, be a major threat to the elite).

3)  To imply that because the elite are white skinned, then the white skin race is an elitist race, is bigotry.

4)  Dave looks more white than he does black.

5)  If the average white man sits in the sun and tans, many would look as brown as Dave does.

6)  There is more slavery now than there has ever been, it’s just now the slaves have to now pay rent and for their food.   Being bitter and angry due to things that happened before one was born is low consciousness.

For more depth on this, and more information and history surrounding this taboo subject, please start at around 1h.07m on this podcast I did over a year ago.  Racism doesn’t even exist – it’s a recently man made word to create division….a word that isn’t really ever used by a particular race…..ask yourself why.

If Dave’s video was done the other way around and called  ”Black is not a Skin Colour” there would be chaos.

I won’t be commenting on this blog or Dave’s video again, he is allowed his opinions, as are we all. The key is to ask yourself; are you celebrating different races, or are you picking on other race, or are you seeking to dilute the different races?