Updated list of Major cities in the headlines with major riot activity (so called protesters):

Milwaukee, although the protests were generally peaceful, they did loot some stores.
Tom Barrett – Dem Mayor 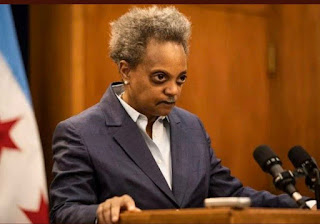 Only found one republican mayor but she is in California, so there is that.

Took a closer look and find she is CEO of Garden Pathways non-profit organization.

What is Garden Pathways you ask?

Source: https://www.nukepro.net/2020/05/why-are-all-riots-in-cities-with.html
Before It’s News® is a community of individuals who report on what’s going on around them, from all around the world.