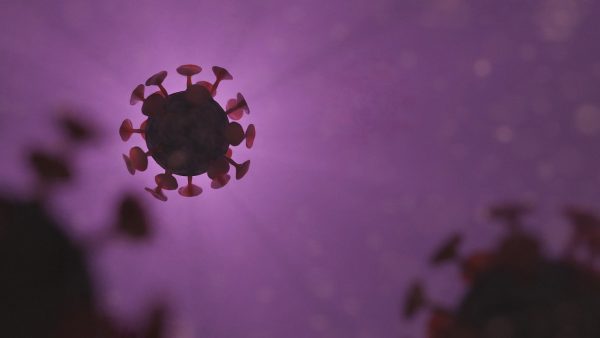 On Sunday, hordes of London residents were flooding out of the city after they learned that British Prime Minister Boris Johnson was going to put them in Tier 4 lockdown for the holidays.  Johnson said that he had to make this move because of a frightening new variant of COVID-19 that reportedly spreads much more easily than previous versions.  Scientists are telling us that this new mutant form of the virus is “unlike anything we’ve seen”, and it is making headlines all over the globe.  There is still so much that we don’t know about this new mutant “super COVID”, but here are 10 things that we do know so far…

The new Covid-19 variant that has ripped through the South East is 70 percent more contagious than the original strain, Boris Johnson revealed today.

The PM today revealed the “frighteningly transmissable” new variant was spreading rapidly – forcing him to put millions of Brits in Tier 4 lockdown for Christmas.

The strain – called VUI202012/01 – has caused cases to double in a week in the capital as it buckles under the new variant.

#3 According to Dr. Susan Hopkins, this new strain has now spread to almost every other part of the UK…

She told Sky’s Sophy Ridge On Sunday: “It has been detected in many other parts of the country.

“Every region has cases but with very small numbers.

“It has also been detected in Wales, in Scotland, we have not had any detected in Northern Ireland.”

#4 According to the BBC, this new new version “is rapidly replacing other versions of the virus”.

#5 There are two key mutations that are causing a tremendous amount of concern.  The first apparently makes it much easier for humans to catch the virus…

One mutation called N501Y alters the most important part of the spike, known as the “receptor-binding domain”.

This is where the spike makes first contact with the surface of our body’s cells. Any changes that make it easier for the virus to get inside are likely to give it an edge.

#6 The second key mutation could potentially be even more dangerous, because it may make “antibodies from the blood of survivors less effective at attacking the virus”…

The other mutation – a H69/V70 deletion, in which a small part of the spike is removed – has emerged several times before, including famously in infected mink.

Work by Prof Ravi Gupta at the University of Cambridge has suggested this mutation increases infectivity two-fold in lab experiments.

Studies by the same group suggest the deletion makes antibodies from the blood of survivors less effective at attacking the virus.

Vivek Murthy, Biden’s nominee for surgeon general, on Sunday urged Americans not to let concerns over the new strain shake their faith in vaccination.

“There’s no reason to believe that the vaccines that have been developed will not be effective against this virus as well,” Murthy said on NBC’s “Meet the Press.”

But the truth is that until testing is done, nobody really knows whether the current vaccines will be effective against this new strain or not.

#8 Multiple countries have announced that they are shutting down travel from the UK in an attempt to keep this new variant from spreading.

#9 So far, the U.S. continues to allow flights from the UK, and this is making New York Governor Andrew Cuomo very angry…

Andrew Cuomo on Sunday slammed the ‘reprehensible’ inaction as the United States ‘continues to let in six flights a day’ from Britain, where a new coronavirus strain is spreading – as more countries, including Canada, ban flights from the UK.

The New York governor told reporters: ‘Right now, this variant in the UK is getting on a plane and flying to JFK. Right now. Today. Literally six flights a day. And all it takes is one person.’

She said the variant had also been identified in Denmark, the Netherlands and Australia – with there being one case in the latter that did not spread further.

We will wait and see whether or not the current vaccines are effective against this new version of the virus.

If they are, the outlook for the immediate future may not have changed very much.

But if the current vaccines are not effective against it, researchers may have to go all the way back to square one.

And even if the current vaccines are effective against all of the variants that have developed and will develop in the future, the truth is that no vaccine will be the “messiah” that so many people were hoping for.  According to the CDC, thousands of Americans have already reported severe problems after receiving the first shot…

Thousands of people have been unable to work or perform daily activities, or required care from a healthcare professional, after getting the new COVID-19 vaccine, according to new data from the Centers for Disease Control and Prevention (CDC).

As of Dec. 18, 3,150 people reported what the agency terms “Health Impact Events” after getting vaccinated.

The definition of the term is: “unable to perform normal daily activities, unable to work, required care from doctor or health care professional.”

At this point, it is still very much an open question whether any of these current vaccines will be considered a “success” or not.

And considering the fact that all of these new vaccines “hijack” the cells of those that get injected, there are millions upon millions of people that will never be willing to take any COVID vaccine under any circumstances.

Meanwhile, scientists assure us that COVID-19 will continue to mutate.

In fact, another new version of the virus was just discovered in South Africa…

South Africa’s Health Minister Zweli Mkhize announced the 501.V2 mutation of the virus, reports The East African. Unlike the UK strain, this one might cause more severe illness. The official said on Twitter that local clinicians had found anecdotal evidence of the clinic presentation of patients. They said that a larger proportion of younger people are developing critical illness without suffering from other comorbidities.

“The evidence that has been collated, therefore, strongly suggests that that the second wave we are experiencing is being driven by this new variant,” Mkhize said during a virtual briefing on Friday.

If it is confirmed that the new South African version does indeed “cause more severe illness”, that is something that we will want to watch very closely.

As I warned in my new book, humanity is entering an era of pestilences.  COVID-19 has shown how vulnerable we are, and much deadlier bugs are constantly being cooked up in labs all over the planet.

Ultimately, it is just a matter of time before more of these bugs get released into the general population, and future pandemics will likely be far more severe than what we are experiencing now.

The post 10 Things We Know About The New Mutant “Super COVID” That Is Causing Extreme Panic In The UK first appeared on End Of The American Dream.