Adding the immediately below from Lot’s Wife in 2020 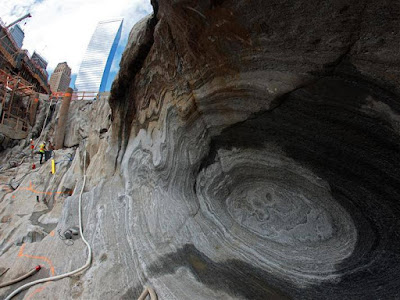 9/11 was a false-flag event; war the hidden agenda

Some say 911 couldn’t be a US led false flag explosion, because 1) you saw the airplanes, 2) Bin Laden took credit for it right away.

But there is a cohesive explanation.  And False Flag doesn’t mean that it didn’t really happen (like Sandy Hook).

How to kill a few birds with 2 stones?     Get rid of these buildings which would cost Billions to demolish, AND create grounds for a series of wars that the Elite could profit from.

Let the Muslim terrorists carry out their plot and also plant some explosives to finish off the buildings.   Make sure not to scramble any fighters to interrupt the plot.

The evidence below indicates that micro-nuke bombs were used.     Think of the sociopathic attitudes that came up with that plan.    Some would question, do micro-nukes even exist, and indeed they do, since 1962 or earlier.    Watch the video at the far bottom that was declassified in 1997. 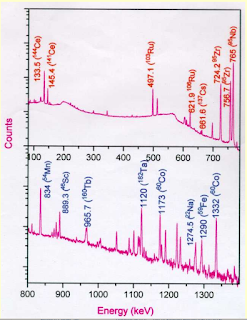 Not all Government Agencies can be properly controlled to promote only the “storyline”.    After 9-11, the  USGS took 25 samples of debris, and the data is still published on their site.

Being an expert in nuclear, material science, and fission products and fission fractions, a glance at the USGS reports indicated that a closer look was warranted.

Let’s start at the end.     They detected elements in quantities 3 to 60 times the amounts you might expect, and these elements were fission products from nuclear explosions and the daughter decay products of the same.

Here are the actual test results from the USGS

What they found in large quantities, should not be found in standard construction materials. 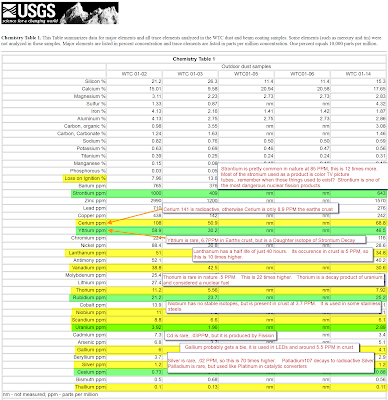 What about our old friend Strontium, well it does show on the Gamma Scint, because it is a Beta Emitter.

These were called “Leach Table” as opposed to “Chemistry”
http://pubs.usgs.gov/of/2001/ofr-01-0429/leach1/WTCleachtable.html

A subset of the loose dust samples and samples of material coating girders collected from around the World Trade Center was subjected to chemical leach tests to examine potential release of metals from the dusts and beam coatings. The USGS leach test is a modification of a test described in detail in Hageman and Briggs (2000). This leach test and the one developed by Hageman and Briggs (2000) are modifications of the US EPA 1312 (Synthetic Precipitation Leaching Procedure, or SPLP) method. The USGS tests were originally designed as a screening method to quickly assess potential metal release from mine wastes.
As applied to the materials from the World Trade Center, these leach tests can be used to infer the potential for release of various metals, anions, and cations from the dusts as a result of rainfall or interactions with water used in fire fighting or street washing. The test also provides an indication of metals that might be bioavailable should the dusts be inhaled, ingested, or discharged into ecosystems.

For this leach test, deionized (DI) water (pH ~5.5) is used as the extractant. Dust samples were leached at a 1:20 ratio (2.5 grams dust / 50 milliliters DI water). A representative subsample of each dust sample was weighed on a balance. Each dust sample was then placed in a 125 milliliter (ml) high-density polyethylene (HDPE) bottle to which 50.0 ml DI water was added. Each sample was then shaken for 5 minutes. Following shaking, the solution was allowed to settle for 5 minutes. Leachate solutions were then filtered using plastic syringes and 0.45 micrometer pore size nitrocellulose membrane filters. Sub-samples of the leachate were collected and preserved for further analysis.

The procedure uses deionized water as the extractant solution rather than the synthetic acid rain used in the EPA 1312 method. It also uses a 5 minute agitation rather than an 18-hour agitation. Hence, it is possible that the concentrations of soluble metals measured with this test would be less than those measured using EPA 1312 method. However, it is likely that the leach procedure used in this study successfully reveals the metals likely to be mobilized from the dusts and girder coatings. A comparative study between the EPA Method 1312 (SPLP) procedure and this simplified leach can be found in Hageman and Briggs (2000).
The leachate samples were analyzed for major cations and trace metals by Inductively-Coupled Plasma-Mass Spectrometry (ICP-MS) following the protocols outlined by Lamothe et al. (1999) and for anions by ion chromatography. The elements measured by the chemical analyses are those routinely measured by the USGS for studies of rocks, sediments, soils, and environmental samples.
Leachate solutions for a subset of the dust samples were also analyzed for dissolved mercury concentrations. For these samples, an aliquot was filtered using a syringe and disposable 0.45 micrometer pore size nitrocellulose filter, and then acidified and preserved by the addition of a 1 percent sodium dichromate/concentrated nitric acid solution in a ratio of 1:19 (one part sodium dichromate/nitric acid solution to 19 parts water sample). Leachate samples were stored in nitric acid-washed, flint glass bottles with Teflon lined lids. Samples were then analyzed for mercury using a Lachat QuikChem Mercury Analyzer with fluorescence detector. This method has a lower reporting limit of 5 part per trillion (ng/L).
Quality assurance-quality control information for the process and the chemical analyses are available upon request.

Chemical compositions of the WTC dusts and girder coating materia

Representative splits of samples of dusts from the WTC area and of steel girder coatings from the WTC debris were analyzed for total major element composition by Wavelength-Dispersive X-Ray Fluorescence (WD-XRF), for total major and trace element composition by Inductively Coupled-Plasma Mass Spectrometry (ICP-MS), for total carbon and sulfur by combustion, and for carbonate carbon by coulometric titration.

Sampling and analytical methodsRepresentative sub-samples of the dust and beam-coating samples were obtained using a standard cone and quartering approach. The sub-samples were then ground and homogenized prior to chemical analysis.

X-ray fluorescence analytical methods, which are summarized in Arbogast (1996), involve heating the sample at 925°C for 40 minutes to determine the weight of volatiles lost from the sample. The sample is then mixed with lithium tetraborate and fused for 56 minutes at 1120°C. The molten sample is poured into a mold and cooled, producing a homogeneous glass disc of the sample material. This disc is then analyzed in a WD-XRF spectrometer, and results are given in total weight percent. The amounts of volatile components in a sample, such as organic material (wood, paper, plastic, other organic compounds), water, sulfur, inorganic carbon, and nitrogen compounds, can be determined by the weight lost by the sample during its initial heating.
ICP-MS analysis was carried out on splits of the samples that were first dissolved using a multi-acid digestion combining hydrochloric, hydrofluoric, nitric, and perchloric acids (Crock et al.,1999, and references therein). ICP-MS methods are given in Briggs and Meier (1999), and Crock et al. (1999).
Total carbon and total sulfur were analyzed by combustion (Crock et al., 1999). Carbonate carbon was determined by coulometric titration, and organic carbon determined by the the difference between total carbon and carbonate carbon (Crock et al., 1999).
Analytical results are tabulated in Chemistry Table 1,and summarized graphically in Chemistry Figures 1-4. The elements measured by the chemical analyses are those routinely measured by the USGS for studies of rocks, sediments, soils, and environmental samples. Total mercury concentrations have not been measured in the WTC solid samples, but have been measured in leach solutions derived from the samples (see the next section of this report). Quality-assurance, quality control data and information for the analyses are available upon request.
These analytical methods determine the total concentration (in weight percent or parts per million) of each element in any given sample. The samples are likely to contain a mixture of different components, such as particles of gypsum, concrete, steel, etc., that together make up the total concentration of elements.


On November 28, 2006, the Village Voice reported that several dozen recovery personnel have developed cancer – as opposed to having contracted respiratory ailments, and that doctors have argued that some of these cancers developed as a result of the exposure to toxins at the Ground Zero site: “To date, 75 recovery workers at ground zero have been diagnosed with blood cell cancers that a half-dozen top doctors and epidemiologists have confirmed as having been likely caused by that exposure.”[15]

———————————————————————–comment at ENE
I really was never a 911 truther, I thought that it was pure terrorism. I saw some non-sensical things, such as huge buildings turning to dust just by falling, when we saw 50 ton chunks of concrete flung 1000 feet into the air during the Fukushima Reactor 3 Moderated Prompt Criticality.
I do force my 3.3 pound monkey brain to view facts and form opinions after the facts are studied, regardless of how long I have held a belief. This is a strength, and I think very few have it, to their own detriment and to societies detriment.

But when USGS chemical testing finds these elements in large quantities in the rubble of the WTCs et al, what conclusion is the most likely? They did find these things, and consistently across 25 samples, and in large quantities.