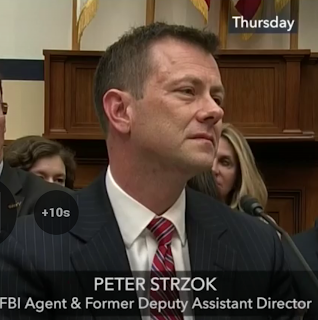 stock here: The Jesuits didn’t even get onto my radar until 2019.   That is how sneaky they are.   It is expected that the Ashkenazi control the Jesuits.

They held an entire country in slavery for a century in Paraguay.

I believe that our history books have haven’t told us the truth when being taught about Communism. The books we read in school tell us that Communism was interpreted during the 19th century by Karl Marx, a German philosopher of Jewish descent who advocated a classless and stateless society where the government controls all aspects of commerce and wealth. Karl Marx wrote his Communist Manifesto in 1848 interpreting his version called the Ten Planks of Communism. Here they are for reference.
1. Abolition of private property in land and application of all rents of land to public purpose.
2. A heavy progressive or graduated income tax.
3. Abolition of all rights of inheritance.
4. Confiscation of the property of all emigrants and rebels.
5. Centralization of credit in the hands of the state, by means of a national bank with state capital and an exclusive monopoly.
6. Centralization of the means of communication and transportation in the hands of the state.
7. Extension of factories and instruments of production owned by the state; the bringing into cultivation of waste lands, and the improvement of the soil generally in accordance with a common plan.
8. Equal obligation of all to work. Establishment of Industrial armies, especially for agriculture.
9. Combination of agriculture with manufacturing industries; gradual abolition of the distinction between town and country by a more equable distribution of the population over the country.
10. Free education for all children in government schools. Abolition of children’s factory labor in its present form. Combination of education with industrial production, etc. etc.

Could two men (Marx and Engles) perfect such an elaborate system of government just by contemplation? I think not. What we have is an attempt to cover up a trail and pin the conspiracy on Jewish origin. Communism was really created and perfected by the Jesuits in their Reductions of Paraguay during the 17th and 18th century. Author Eric Jon Phelps in Vatican Assassins we read;
“The Jesuits entered Paraguay in the early 1600s, sent by the kings of Spain and Portugal. They established their supremacy over the natives, called “Guarani Indians,” and did not allow them to mix with the Spanish or Portuguese. It was among this people the Jesuits established their communes called “Reductions.” Richard W. Thompson, a former Secretary of the American Navy, reveals:
“The unsuspecting Indians were easily seduced by acts of kindness, and the result was that, in the course of a brief period, they succeeded in establishing a number of what were called Reductions—or, more properly speaking, villages—with multitudes of Indians assembled about them; the whole aggregating, in the end, several hundred thousand. These [fifty-seven Reductions] constituted the Jesuit State, and were all, by the mere ceremony of baptism [conferring Roman Papal citizenship with privileges and immunities], brought under Jesuit dominion.” The “Commune” or “Reduction” was kept in order by a system of spying. “. . . each Reduction was governed by a Jesuit father, supported by a vicar and a curate as assistants, but whose chief duty was espionage.”
“. . . universal equality prevailed. The principles of socialism or communism—very much as now understood [1894] —governed all the Reductions. Everything necessary to the material comfort and prosperity of the Indians was in common. Each family had a portion of land set apart for cultivation. They also learned trades, and many of them, both men and women, became experts. But the earnings of the whole were deposited in common storehouses at each Reduction, and distributed by the Jesuits in such portions to each individual as necessity required. . . . Suffrage was universal, but ‘the sanction of the Jesuits was necessary to the validity of the election.
“In order to teach the confiding Indians that obedience to authority was their chiefest duty, they were subjected to rules of conduct and intercourse which were enforced with the strictest severity. They were watched in everything, the searching eyes of the Jesuits being continually upon them. They constituted, in fact, a state of society reaching the Jesuit ideal completely; that is, docile, tractable, submissive, obedient, without the least real semblance of manhood. Having thus completed their subjugation, energetic measures were adopted to render any change in their condition impossible.”
“The Jesuit Republic,” composed of fifty-seven Paraguayan Reductions, was in fact a vast, commercial empire in which over two hundred thousand slaves labored for their black-robed, corporate masters. E. Boyd Barrett, an Irish ex-Jesuit, tells us:
“The Jesuits, as it is well known, held very large regions of Paraguay under missionary control from 1650 to 1750. More than a quarter million natives worked under their [absolutist] direction, and no payment was made directly to them. . . . They were educated, trained, housed, clothed, fed and, to some extent, amused, but what became of the surplus profits of their labors, and of the extensive trading that was carried on? Over two thousand boats are said to have been engaged in carrying merchandise and goods on the Parana River; and the economic value of the Reductions was beyond doubt very great: so great indeed as to have awakened the envy of Spanish and Portuguese traders. Robertson estimated that the reductions represented at least $25,000,000 capital for the Society.”
“The most dramatic testimony to Jesuit ‘avidity and eagerness for earthly goods’ is contained in a letter from the Venerable Bishop Palafox of Los Angeles [Mexico] to [Pope] Innocent X dated May 25, 1647. It treats the wealth of the Mexican Jesuits of that time.
‘Most Holy Father:
I found almost all the wealth, all immovables, and all the treasures of this Province of America in the hands of the Jesuits, who still possess them. Two of their colleges have 300,000 sheep, without counting the small flocks; and whilst almost all the Cathedral Churches and all the Orders together have hardly three sugar refineries, the Society has six of the largest. One of these refineries is valued at more than half a million thalers; and this single province of the Jesuits, which however only consists of ten colleges, possesses, as I have just said, six of these refineries, each of which brings in one hundred thousand thalers yearly. Besides this they have cornfields of enormous size. Also they have silver mines, and if they continue to increase their power and wealth as they have done up to now, the secular clergy will become their sacristans and the laymen their stewards, while the other Orders will be forced to collect alms at their doors. All this property and all these considerable revenues which might make a sovereign powerful, serve no other purpose than to maintain ten colleges [military fortresses]. . . . To this may be added the extraordinary skill with which they make use of and increase their super-abundant wealth. They maintain public warehouses, cattlefairs, butchers-stalls, and shops. They send part of their goods by way of the Philippine Islands to China. They lend out their money for usury, and thus cause the greatest loss and injury to others [as they do in the United States via their huge private banks, one of them being the Bank of America].”
From 1609 to 1767, the Jesuits were able to perfect the Ten Planks of Communism by subjugating the Guarani Indians of their labor for 158 years, using the wealth they accumulated to finance their advancements of global control up to the present. When the time was right they would overthrow the Protestant countries in Europe and then implement the Ten Planks of Communism after numerous war devastated the land and people
Posted 3rd June 2014