stock here, this is far too well done to lose, on why the non-left chooses to continue to lose. 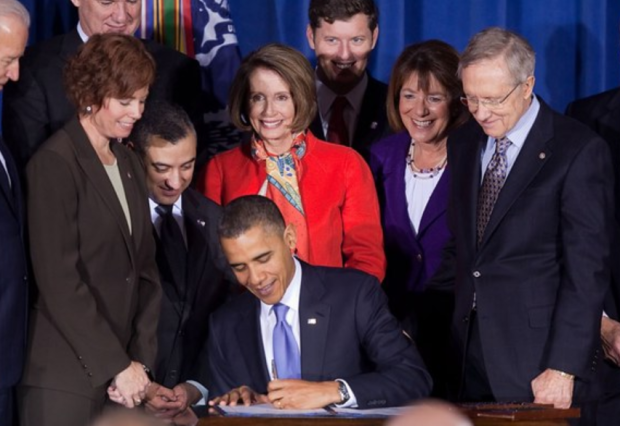 Even if Trump somehow manages to win in November, the Left (i.e., “progressives” and social democrats) can rest easy knowing that the Left’s influence over the country’s institutions and ideological views have only increased in recent years.

Naturally, the Left has portrayed itself as somehow victimized, declaring itself to be “the resistance” and making numerous predictions of doom in which the opponents of the Left would gain untrammeled control over the population. In this view, the nation is always just a few days away from enduring a mixture of social Darwinism and theocracy as imposed by libertarians and conservatives, respectively.

After four years with the Trump administration in power, of course, the nation isn’t even heading in this direction. Government control over healthcare isn’t going away. Most states have only expanded Medicaid. Gun control laws have become more stringent, not less. Government spending has risen to unprecedented levels, and almost no political candidate at the federal level would seriously argue in favor of any substantial cuts. Anti-Christian rhetoric has become more fashionable than ever, so that now any Christian who actually practices his or her religion—i.e., Amy Coney Barrett—is portrayed in the media as a religious zealot. Even minor deviations from the demanded orthodoxy—such as actor Chris Pratt’s lack of enthusiasm for Joe Biden—earns hate campaigns from the guardians of acceptable public opinion.

These trends have only accelerated in recent years. The Left has consolidated and increased its control over academia, the media, social media firms, Hollywood, the recording industry, and corporate America. In other words, outside some legislative and legal institutions—and a shrinking handful of religious institutions—the Left’s control of the nation’s educational, cultural, artistic, and media institutions is very safe indeed.

If the electoral success enjoyed by Donald Trump and his supporters has offered any meaningful opposition to this, it lies only in the fact that the Trump party has in some ways slowed these trends. But by no measure has the trend leftward been stopped or reversed.

But why has the Left been so successful in this?

The reasons for this are many, but there are three that stand out: the Left recognizes the importance of education in forming Americans’ ideology. The Left takes a long-term view. The Left accepts partial victories.

One: The Left Understands the Importance of Ideas and Ideologies

Yamada is referring to intellectual activism within the field of law. But, of course, it can be applied to any number of fields. Within economics, intellectual activists conduct research, provide analysis, and then apply that work to reforming political and economic institutions. Historians often do similar work within their own fields.

In recent decades, the Left’s dominance of intellectual activism has grown to the point of dominating most fields. Left-wing (i.e., anticapitalist) historians, sociologists, anthropologists, legal scholars, and economists routinely publish studies illustrating their views. But the activism doesn’t stop there. Journalists, pundits, and artists then cite these studies, rehash them, popularize them, and repackage them for public consumption.

These views are then passed on to the next generation of scholars, imbibed by schoolteachers-in-training, and parroted by elected officials. These views filter down to the voting public, the TV viewer at home, and schoolchildren in the classroom.

Certainly, there are other intellectual activists offering differing views. There are still courageous scholars who attempt to do the work of fighting the Left’s dominance through research that dissents from the usual zeitgeist.

A new BBC poll [reported November 2009] finds that only 11 percent of people questioned around the world—and 29,000 people were asked their opinions—think that free-market capitalism is a good thing. The rest believe in more government regulation….

As to those who would despair at this poll, consider that it might have been much worse were it not for the efforts of a relative handful of intellectuals who have fought against socialist theory for more than a century. It might have been 99% in support of socialist tyranny. So there is no sense in saying that these intellectual efforts are wasted.

And yet, there are many on the right who want to completely abandon the field to the Left. For those of us involved in the work of intellectual activism, we’ve heard something like this many times: “We don’t have time to read books or spread ideas! We need to win elections now! All this stuff about spreading ideas and changing ideology will never work!”

Of course, what these people might as well be saying is “stop using the methods that the Left has employed so successfully for decades! Sure, after twelve years of public schooling, four years of university education, and a lifetime of watching TV news and Hollywood movies most people are fully steeped in the Left’s ideology. But I have a newfangled plan that will magically undo all those years of ideological conditioning just in time for the next election!”

Needless to say, this isn’t exactly a recipe for success.

The Left wins because leftists understand that if the goal is to “win elections now!” one must first lay the groundwork that makes the public open to one’s ideological agenda. Sometimes this work takes decades. Without doing this necessary and time-consuming work beforehand, however, long-term failure is assured.

This is why leftists have spent so much time writing books, teaching classes, getting graduate degrees, becoming journalists, and editing newspapers. They know that ideas matter, and that the long-term goals of any ideological movement depend on spreading ideas through scholarship, media, and art.

In other words, the Left has long understood that ”politics is downstream from culture.” If we want to change political institutions, we must first change cultural, educational, and intellectual institutions. Once the public’s ideas have been changed, political change will follow.

Many conservatives and libertarians like to declare defeat at the earliest opportunity. We often are reminded of this defeatism when we hear phrases like “Oh, we’ll never get those freedoms back. The government will never give up those powers!”

But “never” is a very long time. Consider the following two statements:

It’s true the timeframe for breaking Soviet rule was seventy years. It took the Christians three centuries to obtain an edict of toleration from the emperor. But it’s a good thing the freedom fighters in the old USSR and the Roman Empire didn’t have modern-day conservatives and libertarians around to assure them that their attempts at gaining more freedom were futile and impractical.

Yes, I get it. In many cases, these people who insist good things will never happen recognize that things are different in the long term. But if that is the belief, why not emphasize it? Leftists, in contrast, are often quick to emphasize their belief that they will have the long-term victory with phrases like these: “It’s just a matter of time until we win! We’re on the right side of history! When we take over we’ll machine-gun everyone we don’t like!”

Meanwhile, many conservatives and libertarians spend their time debating whether or not they should give up and retreat to a mountain compound right now or maybe wait until after the next election.

And how exactly do the leftists execute their long-term strategy? They accept partial victories.

Here’s something we never hear from the left: “Well, we got the legislation we wanted. It’s time to declare victory and rest on our laurels.”

Here’s the reality: the Left pushed and pushed for Obamacare. And then, when it was passed, not more than five minutes passed before the Left began advocating for Medicare for All.

Imagine if the Left managed to win a federal mandate for a $15 minimum wage. Does anyone seriously believe the demands would stop there? We’d never stop hearing about the need for a $17-per-hour wage. And then one at $20.

In other words, leftists are willing to take partial victories, one step at a time. What we don’t hear leftists say is “If I call for a $15 minimum wage, that implies I don’t think a $20-an-hour wage is needed. Therefore I will oppose any wage mandate below $20 per hour!”

[RELATED: "We Must Be 'Opportunists' In Dismantling the State" by Joseph Salerno]

Here’s a real-world example: in 2015, Colorado pro-gun activists had almost everything they needed to increase magazine limits to thirty rounds, almost totally undoing a 2013 Democrat-passed bill reducing magazine limits to fifteen rounds. Clearly, this would have been a significant victory for gun freedom. But then Rocky Mountain Gun Owners stepped in to prevent the passage of the bill by threatening elected officials with primaries if the officials voted for the change. “If you let them limit mags to thirty rounds, that implies we accept limits of any kind,” the “pro-gun” activists huffed. So, they killed the bill. To this day, the magazine limit is fifteen rounds instead of thirty.

This shortsighted and half-witted strategy can be contrasted with the strategy of the abolitionists—the strategy recommended by Murray Rothbard.

The Left understands this. A great many libertarians and conservatives, on the other hand, have apparently not yet figured it out.