This article was originally published by Tyler Durden at ZeroHedge 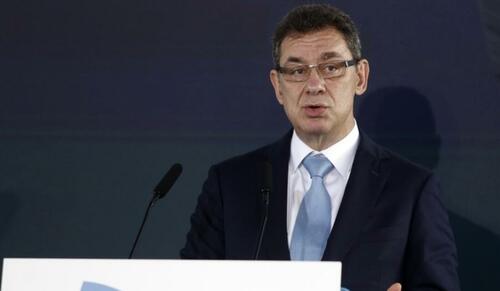 Pfizer CEO Albert Bourla’s global media tour continued this week with a series of interviews with the Israeli press. Of course, Israel has become an extremely important market for Pfizer. After all, they buy massive quantities of their vaccines.

A few weeks ago, Bourla was speaking with the French press, telling them he expected everything to “return to normal” by the Spring. France is of course another important customer for Pfizer’s vaccines. And with so much money at stake, it’s critical that a CEO must tend to propagate their preferred narrative with a carefully calculated global media strategy.

In Israel, the first country in the world to start doling out a fourth COVID jab to those deemed most vulnerable to infection via omicron, Bourla told an Israeli TV station that he hopes people will ultimately only need boosters once a year, rather than every few months.

Bourla said it would “not be a good scenario” if people were to get boosters every four to five months. “What I’m hoping [is] that we will have a vaccine that you will have to do once a year,” he told Channel 12 News on Saturday. Instead, Bourla argued it would be easier to sell the idea and “easier for people to remember” if a vaccine is required only once per year, calling it “an ideal situation” from “a public health perspective.”

As far as Pfizer’s bottom line is concerned, it might not be an “ideal situation” – but it might just be the best the company can hope for given how their vaccines have performed over the last year.

Bourla acknowledged in a separate interview with Israel’s Channel 13 News that a “sizable minority” of people are reluctant to take even a single dose of his vaccines. Mimicking the increasingly harsh condemnations of European leaders like Mario Draghi and Emmanuel Macron and singled out “a tiny minority of people who profit from circulating misinformation” fiercely attacking them as “criminals.”

While Israel has used more vaccines per capita than any other country, the WHO has repeatedly warned that Pfizer and the other vaccine makers would do better to prioritize shipping vaccines to countries with lower vaccination rates before selling multiple rounds of boosters to the world’s wealthiest nations.

The post Pfizer CEO Says Annual COVID Jabs Would Be An “Ideal Situation” first appeared on SHTF Plan – When It Hits The Fan, Don’t Say We Didn’t Warn You. This article has been contributed by SHTF Plan. Visit www.SHTFplan.com for alternative news, commentary and preparedness info.