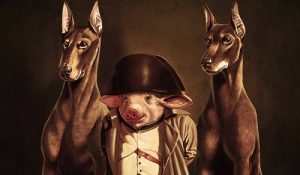 While speaking to officials in the Ukrainian capital on Wednesday, United States Secretary of State Antony Blinken said that there is going to possibly be a Russian invasion of Ukraine. If this happens, we can all bet the United States will be first in line to “help” with war efforts.

Russian soldiers, tanks, and military hardware could begin pouring over the shared border with Ukraine with little or no warning, Washington’s top diplomat has told American embassy staff in Kyiv as part of a whistle-stop diplomatic tour of Europe, according to a report by RT.

Blinken said that Russia is amassing troops and weapons systems near the frontier “with no provocation, no reason. We know that there are plans in place to increase that force even more on very short notice, and that gives Russian President [Vladimir] Putin the capacity, also on very short notice, to take further aggressive action against Ukraine,” Blinken claimed.

Jens Stoltenberg, the US-led bloc’s secretary-general, has described the draft treaties put forward by Russia as unacceptable, saying that “the decision on whether Ukraine can join NATO will be taken by Ukraine and 30 NATO Allies alone.”

The Kremlin has repeatedly denied the accusations that it is planning to attack, with its press secretary Dmitry Peskov slamming them as “groundless” and manifestations of “hysteria.” The official also previously said that the movement of the country’s armed forces on its own territory is an internal matter and of no concern to anyone else. -RT

A report published earlier this week by The New York Times, citing unnamed officials, claimed that Moscow has started to evacuate its diplomats and their families from its embassy in Kyiv and consulate in Lvov.

Earlier this year, another U.S. official said the US “must” prepare for war with Russia.

Ex-Pentagon Official: The US MUST Prepare For War With Russia

The rhetoric is ongoing. Hopefully, it’s nothing more than talk. Be prepared either way though. Everything seems a little strange on the planet right now.

The post US Officials Warn Americans Of A Possible Russian Invasion first appeared on SHTF Plan – When It Hits The Fan, Don’t Say We Didn’t Warn You. This article has been contributed by SHTF Plan. Visit www.SHTFplan.com for alternative news, commentary and preparedness info.