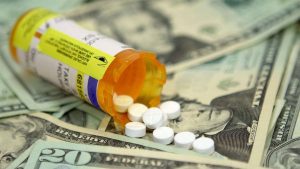 These coincidences keep popping up. Monkeypox has arrived in just enough time to save two American smallpox vaccine companies. Just two weeks ago, both corrupt Big Pharma companies were in a rough financial spot.

As concerns over the monkeypox grow following the fear-mongering of the ruling class and the mainstream media, so too have the shares of Emergent Biosolutions and SIGA Technologies. Both companies essentially have monopolies in the US market, and other markets as well, on smallpox vaccines and treatments. Their main smallpox-focused products are, conveniently, also used to protect against or treat monkeypox as well. As a result, the shares of Emergent Biosolutions climbed 12% on Thursday, while those of SIGA soared 17.1%, according to a report by the Daily Exposé.

The monkeypox outbreak is especially good for SIGA, which produces a smallpox treatment, known by its brand name TPOXX. It is SIGA’s only product. While some outlets have noted that the rise in the valuation of SIGA Technologies has coincided with recent concerns about monkeypox, essentially no attention has been given to the fact that the company is apparently the only piece of a powerful billionaire’s empire that isn’t currently crumbling.

That billionaire, “corporate raider” Ron Perelman, has deep and controversial ties to the Clinton family and the Democratic party as well as troubling ties to Jeffery Epstein. Aside from his controlling stake in SIGA, Perelman has recently made headlines for rapidly liquidating many of his assets in a desperate bid for cash.

Emergent Biosolutions has troubling ties to the 2001 Anthrax attacks and came under fire just under two weeks ago for engaging in a “cover-up” over quality control issues relating to their production of Covid vaccines.

A Congressional investigation found that quality control concerns at an Emergent-run facility led to more than 400 million doses of Covid vaccines being discarded. The Emergent factory in question had been shut down by the FDA in April 2021. They were allowed to reopen last August before the government terminated the contract. Given that the majority of the company’s business is tied to US government contracts, the loss of this contract, and the accompanying poor publicity, the news that its smallpox vaccine may soon be of international interest is likely seen as a godsend by the company. –Daily Exposé.

The timing is just uncanny. What a coincidence that monkeypox has arrived now just in time to save these corrupt companies and for the public to forget the corruption of the recent past.

The post Coincidence: Monkeypox Has Arrived In Time To “Save” 2 Smallpox Vaccine Companies first appeared on SHTF Plan – When It Hits The Fan, Don’t Say We Didn’t Warn You. This article has been contributed by SHTF Plan. Visit www.SHTFplan.com for alternative news, commentary and preparedness info.