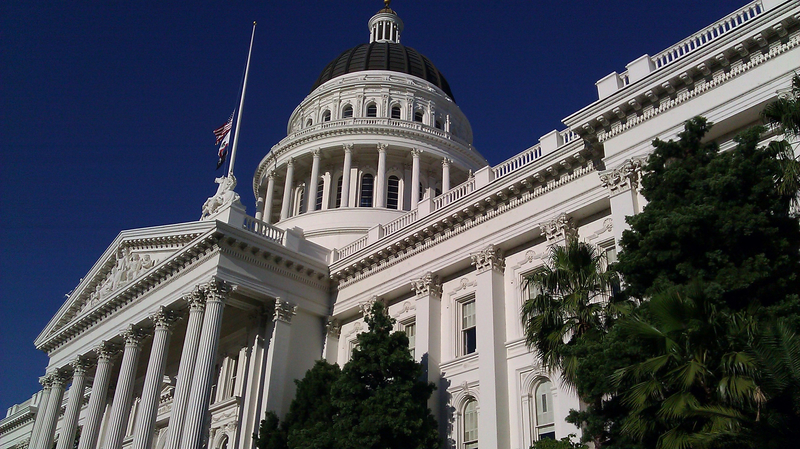 On November 5, 1996, Californians headed to the ballot box to weigh in on the California Civil Rights Initiative—aka Proposition 209—to end government discrimination.

The measure, modeled on the Civil Rights Act of 1964, read:

“The state shall not discriminate against, or grant preferential treatment to, any individual or group, on the basis of race, sex, color, ethnicity or national origin in the operation of public employment, public education, or public contracting.”

In the first electoral test of affirmative action on the continent, Californians overwhelmingly rejected the policy. Prop 209 received 55 percent of votes, and has held off legal challenges since.

On Thursday, the California legislature voted to strike those words from its Constitution, paving the way for repeal of Prop 209.

On Twitter, supporters of the vote said the move, which would permit state discrimination based on race, sex, color, ethnicity and national origin, would “advance true racial and gender equity in this state.”

Thank you for your leadership, @AsmShirleyWeber! California voters will now have the chance to repeal #Prop209 and advance true racial and gender equity in this state. I’m proud to have supported #ACA5. #OpportunityForAll https://t.co/OWnHbgGQYT

For social justice advocates today, discrimination is a tool to advance the interests of non-whites, particularly in the university system, where applicants of certain races would be legally permitted to be given preferences.

There are serious problems with this approach, however.

First, as Janet Nguyen pointed out in the OC Register, enrollment of minority students surged following the passage of Prop 209.

“In spite of dire warnings that Prop. 209 would negatively impact minority enrollment at the state’s University system, underrepresented minority student enrollment at the UC system has actually risen significantly since 209’s passage, from 15 percent in 1999 to 26 percent in 2019,” wrote Nguyen, a former California lawmaker and the nation’s first female Vietnamese-American state legislator.

Second, equality before the law is arguably the greatest pillar of a liberal society. It’s an idea that reaches back across time and civilizations, from philosophers like Guan Zhong (720 B.C. – 645 B.C.) to historians such as Thucydides, who at the funeral of Pericles stated, “If we look to the laws, they afford equal justice to all in their private differences; if to social standing, advancement in public life falls to reputation for capacity, class considerations not being allowed to interfere with merit; nor again does poverty bar the way.”

Equality before the law is at the heart of the Universal Declaration of Human Rights, the enumerated rights carved out by the General Assembly of the United Nations at its third session in 1948. In Article 7, it states clearly and proudly: “All are equal before the law and are entitled without any discrimination to equal protection of the law.”

To abandon such a principle is to abandon a cornerstone of the Enlightenment and classical liberalism, one of the greatest individual rights that has protected individuals from arbitrary rule and government abuse for centuries.

In a 2011 article, economist Steve Horwitz explains why equality before law is so important:

For most of human history political leaders acted with near total discretion, distributing benefits and impositions among their subjects however they like. One of the most important accomplishments of the liberal movement was to subject those with political power to rules. Starting with the Magna Carta and up through the democratic revolutions and constitutions of the eighteenth century, liberalism worked to create a society ruled by law not by men.

Many on Twitter were horrified by the California legislature’s vote.

The California legislature has now voted to strike these words from our state
constitution:

“The state shall not discriminate against, or grant preferential treatment to, any individual or group on the basis of race, sex, color, ethnicity, or national origin.”

The California senate has voted to delete this from its constitution:

“The state shall not discriminate against, or grant preferential treatment to, any individual or group on the basis of race, sex, color, ethnicity, or national origin.”

Fortunately, Californians will have the opportunity to vote on equality before the law in November. We can only hope that California voters show more wisdom than the lawmakers running their state.

Loading...
"Not by might, nor by power, but by my spirit, saith the Lord of hosts." Zechariah 4:6
BEFORE IT'S NEWS ON TELEGRAM
GET THE TELEGRAM APP - https://telegram.org/ JOIN OUR CHANNEL - https://t.me/BeforeitsNews
Read it..
BEFORE IT'S NEWS
SIGN UP FOR OUR NEWSLETTER
Today's Top Stories
Ghislaine Maxwell’s List Became Unsealed Yesterday—Look at the Democrats & Republicans Connected to Jeffrey Epstein!
Robert David Steele: New Video on JFK Jr. Joining President Trump in Dallas on 17 October; Flynn, Durham
Warning EMP Test Underway! Massive East Coast Power Outages!
Trump Apparently Wanted to Sell Puerto Rico
What Just Happened?! Last 24 Hours Changes Everything! The Good, the Bad & the Ugly of Covid19!
The 72 Hour Red Flag Before New World Order! 2020 Martial Law Exposed
Red Alert! There’s a Plan to Siege The White House Starting Next Month and I Intend To Expose It!
X22Report: The World Is Watching, They Never Thought She Would Lose, Now They All Lose! - Must Video
Americans Rise up in Huge Numbers to Protest Democrats in Seattle!! The Backlash Is in Full Effect! - Must Video
Food Shortages Are Coming! Buy These Items Before the Imminent Starvation!! - Great Video
Loading...
Featured
77 million children and young adults have autism (Dr. Rashid Buttar)
Has America Entered A New Era Of Permanent Civil Unrest?
White House Attacked? Did They Attack The White House Today? - Must Video
Dark Outpost: Cancer Incorporated
Best & Taylor Intel Update (8/10/2020): Strange Events In the Matrix — 'The Most Evil Liars'
Here’s Why You Need to Get OFF Their Grid…
Who Is Behind Immigration And Multiculturalism? Had Enough Yet White People? Great Eye Opening Video!
The Truth Is In The Numbers Hidden In Plain Sight! People Love Their Servitude - Don't Be A Slave To The System! Great Videos Shaking My Head!
50 Million Americans May Die From COVID-19 Vaccine - Dr. Judy A. Mikovits. Shocking Video.
Economic Collapse: $14 Trillion Dollar Household Debt Will Devastate Americans Personal Finances!! - Must See Video
Loading...
Top Global
Beirut Suffers Devastating 9/11-Level Terrorist Attack—Who Did it and Why?
Israel Wants To Help - Beirut Blast - Take The B.I.S Crypto. Great Video By Brendon O’Connell
Aussie Cops Grab Young Girl With Exemption by the Throat for Not Wearing a Mask, Cowards Need Backup
Lebanon’s Prime Minister & Entire Cabinet Resign After Deadly Blast in Beirut (Must See Videos)
Welcome to the Machine - It's Time to Wake Up! Via Shaking My Head Productions
Bank Runs Spreading Rapidly as Bankruptcy & Bad Loans Abound in the World's Largest Banking Sector! - Must Video
HD Footage of Beirut Explosion! See the Devastating Effect of Mini Atomic Blast!! - Must See Video
Exposing the Gates Foundation in Africa: #EXPOSEBILLGATES
NTEB Prophecy News Podcast: The Entire World Is Experiencing Bill Gates Fatigue and That’s Exactly How the Global Elites Want It
The “Smoking Gun” Has Been Found!
Loading...
Top Alternative
Jesus - Prophecy for our time, given in mid-1989
Tom Horn: Explosive Investigations Include Giants, A Heavenly Messenger... And How You Can Be Part Of History!
Alert: Marxist Group Planning A Political Coup In November In Preparation to Forcibly Remove A Victorious President Trump From Office
X22Report: Central Banks Are Now on the Losing Side, Tactical Economic Move - Great Video
Lebanon’s Prime Minister & Entire Cabinet Resign After Deadly Blast in Beirut (Must See Videos)
Is This The End Game Before Total Chaos And Then The RESET?
EXPLOIT WEAKNESS: Silver Falling – BUY, BUY, BUY!
Pedophiles Now Control America – No Child is Safe from Medical Kidnapping
Another Frontline Doctor Speaks Out! Speaks Truths on Covid-19 Meds! - Great Video
With 194 BILLION Masks and Gloves Used Monthly, New Wave of Pollution Hits Oceans and Beaches