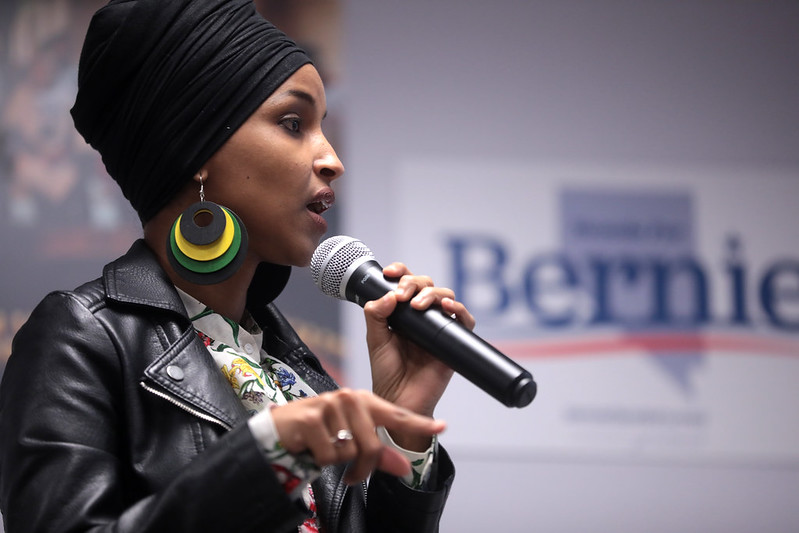 The city of Minneapolis estimates that nearly 1,000 commercial buildings were damaged during riots that followed George Floyd’s death at the hands of city police on May 25, causing at least $55 million in damage.

City officials and congressional representatives are calling on the federal government to provide aid to the city, either through FEMA (Federal Emergency Management Agency) or Congress’s annual appropriations. Separate proposals to provide aid to all US cities struck by riots also are making their way through Congress.

Evidence suggests these proposals are unlikely to pass, and that’s a good thing.

Recent precedent indicates FEMA is unlikely to provide relief for the damage sustained in the riots. In 2015, the Obama administration denied Maryland Governor Larry Hogan’s request for disaster relief following the rioting that erupted in Baltimore following the death of Freddie Gray, a 25-year-old black man who died while in the custody of local police after being arrested with a switch-blade knife.

Perhaps anticipating that FEMA is unlikely to provide aid to Minneapolis, US Rep. Ilhan Omar recently announced she is working to introduce a federal relief fund to assist cities that have been hit by riots.

“Congress must step in,” Omar said in a statement last week, The Star Tribune reports. “I am working with my colleagues to create an Emergency Relief Fund specifically for communities trying to rebuild after social and civil rights crises.”

There are several problems with providing federal assistance to cities torn by riots, however.

Essentially, pouring federal dollars into US cities struck by mob violence might create the perverse incentive of telling bad actors that wanton violence is an effective way to get the attention of federal lawmakers.

There’s a famous adage familiar to economists that Ronald Reagan was fond of reciting: “If you want more of something, subsidize it; if you want less of something, tax it.”

In a sense, the federal government would be subsidizing violence.

Incentives matter. If cities don’t have to bear the material costs of riots, local leaders may decide preventing riots is not worth the risk of preventing them. However, it’s in the public interest to have policies that prevent mass violence and property damage, and this doesn’t necessarily mean a greater police presence or greater enforcement.

Sure, having cities bear the costs of riots incentivizes public officials to confront looters instead of protesters and to curb abusive policing (more on that later). But it also means allowing business owners to be armed to protect their property and having pro-growth economic policies that reduce unemployment and give people a stake in the community.

Finally, passing the buck on to Washington, DC could actually prevent cities from taking needed steps to reform police departments. If there’s one thing we’ve seen in recent decades, it’s that police departments don’t want to change. Protected by powerful unions and policies like qualified immunity, the national police model has changed relatively little in recent decades despite widespread calls for change.

The bottom line is that riots are local problems that require local solutions. Cities and states are perfectly capable of instituting reforms to address many of the underlying problems in policing that have sparked the nationwide protests. They also are fully equipped to take actions to confront the lawlessness and rampant destruction of property, and to improve cities struggling with urban decline.

The more the US government makes riots a federal problem—either by paying to rebuild destroyed cities or sending in soldiers to restore order—the worse the problem will become.


Source: http://freedombunker.com/2020/06/10/federal-bailouts-for-cities-damaged-by-riots-would-create-perverse-incentives-for-cities-and-rioters/
Before It’s News® is a community of individuals who report on what’s going on around them, from all around the world.

Loading...
"Not by might, nor by power, but by my spirit, saith the Lord of hosts." Zechariah 4:6
BEFORE IT'S NEWS ON TELEGRAM
GET THE TELEGRAM APP - https://telegram.org/ JOIN OUR CHANNEL - https://t.me/BeforeitsNews
Read it..
BEFORE IT'S NEWS
SIGN UP FOR OUR NEWSLETTER
Today's Top Stories
X22Report: Darkness Is Being Driven Out by Light, Connecting the Dots, Deep State Empire Will Fall! - A Must See Video
Resistance Will Be Met Swiftly! Were Some Important Arrests Made After July 4th Warning? - Great Video
Anonymous: [ Prepare Now! ] "Watch Within the Next 48 hrs" - The World's Hidden Truth
Study: Dying Stars Breathe Life into Earth
COVID-19 Causing Brain Complications and Neurological Problems Globally
The Earliest Domestic Cat Found Along the Silk Road Accompanied Pastoralists 1000 Years Ago
The Whole of Earth's Atmosphere Is Vibrating Like a Bell
SGT Report: Ghislaine Maxwell Arrest, Potus vs. Deep State, Proofs & Silver or Lead
Naturally Perforated Shells Likely One of the Earliest Adornments in the Middle Paleolithic, 120,000 Years Old
New Collection of Stars Found in the Milky Way but Not Born in the Milky Way
Loading...
Featured
Shock Autopsy on George Floyd Death
COVID Communist Death Cult Weapon & Prevention, Civil War & Trump's Re-Election, Chaos Will Exceed What Is Happening Now & When! - Capt. Dave Bertrand, Ret. +Video
Make This Go Viral! Doctor Jensen Being Investigated by United State Board After COVID-19 Comments! - Great Video
Warning: The Current Economic Meltdown Will Trigger the Biggest Housing Market Crash in History! - Must See Video
Here Comes COVID Phase 2 Obedience Training...You're Dead!! This Proves The Plan Extends Beyond Concern For Your Safety!
Dark to Light: Saving a Nation That Was Already Lost! - Dr. Dave Janda - Great Video!
Anonymous: [ Prepare Now! ] "Watch Within the Next 48 hrs" - The World's Hidden Truth
Each One of Us Must Take Action: Remember Compliance Equals Consent - Dr. Rashid A Buttar (Video)
People Think This War Can Be Avoided. I Got News For You, It Has Already Begun
Communists in the Open! Orwell Cancelled? - Great Dave Hodges Video!
Loading...
Top Global
You Are Now Leaving FantasyLand: The Losses Will Be Taken by Somebody
Miracle Treatment For Fibromyalgia, Gastroenteritis, Influenza, Herpes, Diabetes....
After Mis-Blaming Norwegian Salmon, China Admits it Doesn’t Know Where Beijing’s New Coronavirus Outbreak Came From
New Film Released TODAY Online Only: The Dark History of Vaccines in the U.S.
We Are in Midst of a Seismic Shift, It Is up to Labor to Decide the Outcome
NYT Report: Israel Planted a Bomb at Iranian Nuclear Facility
New Zealand Showed No Warming In 130 Years, Then NASA Stepped In
Australia: Why you shouldn’t wear a face mask if you’re healthy
The World Economic Forum Tells Us That The Fourth Industrial Revolution Will Completely Merge Man And Machine With Implantable Technology
Warning of Potential Twofold Disaster on 7/11 2020. Is 7/11 Going To Be The Next 9/11? Video And Holy Bible Decode As Well As Very Important Information On The Rapture For All Christians.
Loading...
Top Alternative
Sums it up Nicely: de Blasio and Sharpton Paint the Street in Front of Trump Tower...
Task Force Boosts Spirits With Mail During COVID-19 Pandemic
Pasta With Steak and Spinach
Ten Reasons to Homeschool This Year!
Tucker Carlson: The Left Doesn't Want Joe Biden to Debate President Trump! - Great Video
Antarctica Strange Pattern Appears Near Runway by Remote Base - Disclosure Event Coming Soon!
Major Tax Increases Are About to Slam America as Cities & States Want You to Pay for Covid Fallout
War on Heritage Is Not About Slavery
NYT Report: Israel Planted a Bomb at Iranian Nuclear Facility
Nibiru - Dr Sam.. Update of the Heavy visitor Nibiru by Doctor Wissam, given July 6th 2020