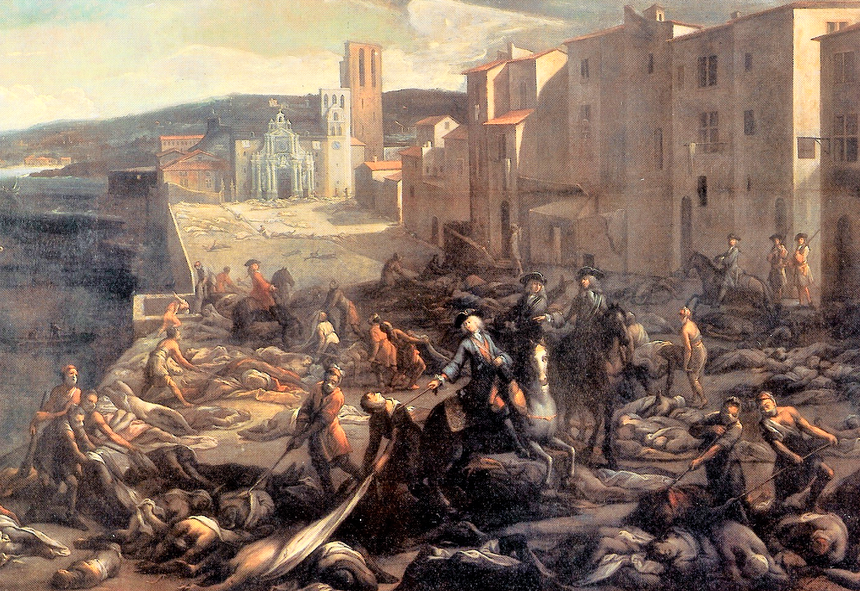 In 1720, the bubonic plague devastated France, killing 100,000 people in Marseilles and surrounding areas. Writing the second of Cato’s Letters from London, Thomas Gordon noted, “We have already had, and still have, a contagion of another sort, more universal, and less merciful than that at Marseilles.”

What contagion could possibly be worse than the plague? It was the spread of financial ruin caused by the collapse of the South Sea Bubble: “the destruction of our trade, the glory and riches of our nation, and the livelihood of the poor.” For Gordon, “it has render’d a much greater number of lives miserable, who want but the sickness to finish their calamity.”

The Bubble was the result of a plan devised to profit the South Sea Company and mitigate the debt of the British government. Writing under the pseudonym “Cato,” Gordon and his co-author, John Trenchard, wrote a series of essays, Cato’s Letters (1720-23), exposing this scheme, opposing government corruption, and championing liberty.

Cato’s Letters gained popularity in Britain and later influenced the Founding Fathers. Now, facing our own contagions at the tricentennial of its publication, we need Cato’s key message more than ever: to choose liberty as our right.

The rights of American citizens have been tested during the pandemic by government mandates on where we can go, what we must wear, and what we can buy. This sudden extension of government power should give us pause.

As Cato asks in Letter 63, shall citizens be told “that they have no right to the common air, to the life and fortune which God has given them, but by the permission of an officer of their own making; who is what he is only for their sakes and security”?

Yet citizens who have voiced opposition to government mandates have been savagely ridiculed for their “deranged civic religion.” According to one caricature, advocates of freedom invoke what the author calls “the mythical promise of this nation, which is a place where a man can drive a big-ass truck, drink a 64 oz Slurpee, and go to the air-conditioned mall to purchase Stuff.”

Meanwhile, some politicians and journalists flout the very mandates that they urge citizens to follow, declaring that they can do as they please or that their positions in the public eye make it acceptable to enjoy services denied to others.

As Gordon explains in his preface to the collected Letters, “the patrons of passive obedience” have always failed to act on their principles, since “they [have] always, very candidly and humanely, excluded themselves from the consequences of their own doctrines.”

Gordon urges us to reject this hypocrisy and instead “to make general liberty the interest and choice, as it is certainly the right of all mankind; and brand those as enemies to human society, who are enemies to equal and impartial liberty.”

In urging this choice, Cato wants to bring “those men to think for themselves, whose character it has been to let other men think for them.” Such thinking should include justice. If we forgive crimes against the public, Cato warns in Letter Two, men will be tempted to make themselves “master of the state.”

Cato’s warning is especially crucial now, as some politicians have extended their power to questionable lengths, even to the extent of restricting consumers from purchasing in stores seeds and gardening supplies.

The point is not whether we want to buy sunflower seeds and spades. The issue is whether we are willing to tolerate such abuse of power in the future. As Cato warns,

Patience . . . invites fresh injuries; and that people, who would not bear many unjust burdens, must not bear one.

Some elitists associate this resistance with a mob, thinking: who are such people to judge? But that is precisely the point: we are the people. As Cato says in Letter 13, “it is certain, that the whole people, who are the publick, are the best judges, whether things go ill or well with the publick.”

Furthermore, Cato notes, we can judge the causes of what has gone wrong:

Every man too, even the meanest, can see, in a publick and sudden transition from plenty to poverty, from happiness to distress, whether the calamity comes from war, and famine, and the hand of God; or from oppression, and mismanagement, and the villainies of men.

And we do see: the consequences of the virus itself have been tragic; but the government mismanagement of the nursing homes of New York and the current unemployment rate following the lockdown are devastating.

Above all, citizens must assess what Cato’s “true, impartial liberty” entails. Does our government guarantee such liberty with its current mandates, or do some political leaders pursue their own agendas in determining what is “essential” and how people may gather? How do restrictions on gatherings for religious worship, for instance, compare to those for factories? Are criteria for social distancing clear and impartial?

Judge Andrew Napolitano argues that they are not, and he gets to the root of government mishandling of the pandemic in mandates about “essential services.” Who decides?

What if to the barber or short-order cook or retail salesperson a barbershop and a luncheonette and a clothing store are essential?

“What if,” Napolitano adds, the government “makes essential whatever serves its friends, enhances its wealth, maintains its stability and removes obstacles to its exercise of power?” Ultimately, he argues, individuals should decide what is essential to them.

Cato agrees, arguing, “Let people alone, and they will take care of themselves, and do it best.” That doesn’t mean that people will always make the right choices, but that they will do so more often than the government, and that in doing so they pursue the best path to a free society. It is time our political leaders remembered that, returning to Cato’s Letters as our Founding Fathers did.

As citizens, we can also use Cato’s advice to navigate the tricky terrain of our recovery. Facing both COVID-19 and the contagion of financial ruin, we must think for ourselves, resist the encroachment on our liberties, and choose liberty.