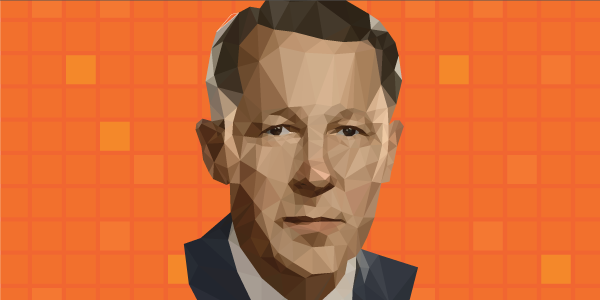 Many have noted how chaotic recent times have been in American society. Almost reflexively, many have turned to the government for the solution to chaos. And many have responded by promising order if they were in charge. In contrast, few seem to see the irony involved, when markets are how we reduce what would be chaos into dynamic order, while government is frequently the source of chaos.

Chaos arises from government actions via sins of omission—e.g., not defining and enforcing property rights justly and efficiently, which undermines markets ability to perform the miracles they are capable of—and sins of commission—restricting property rights further with price controls, regulations, restrictions mandates, etc., which more overtly interfere with markets. But both undermine the potential for mutually productive voluntary arrangements.

It is worth revisiting the common view that unhindered markets represent chaos and that coercive government policies replace chaos with order, which reverses the reality that markets produce order from what would otherwise be far more chaotic. In particular, it is worth considering FEE founder Leonard Read’s “Incomprehensible Order,” in his 1965 The Free Market and Its Enemy, currently celebrating its 75th anniversary.

Leonard Read recognized that the process that takes place in markets, which appears to many as chaotic, in fact represents a far more advanced and beneficial social order. It is an order that accommodates the almost infinite variety of our different abilities, circumstances and desires, without violating anyone’s right to themselves and what they produce. No other mechanism has ever been discovered that can accomplish this peaceful, sophisticated and dynamic order.

Read saw that despite reality, people persist in viewing the order that arises from markets as if it was chaos, because it is beyond their understanding. As a result, they support a myriad of coercive government policies to impose order, which in fact replace order with chaos.

He also saw that if people would think carefully, they would recognize that the incomprehensible order of markets, precisely because it so vastly exceeds any one individual’s or group’s understanding, demonstrates why politically imposed “order” cannot work as well as what it overrides, despite ubiquitous violations of self-ownership.

We would benefit by following Leonard Read’s understanding of the incomprehensible order of markets that surrounds us when unhindered and the all-too-comprehensible chaos government imposed “order” imposes in its place. After all, we don’t want to turn order into chaos by our efforts to turn chaos into order.