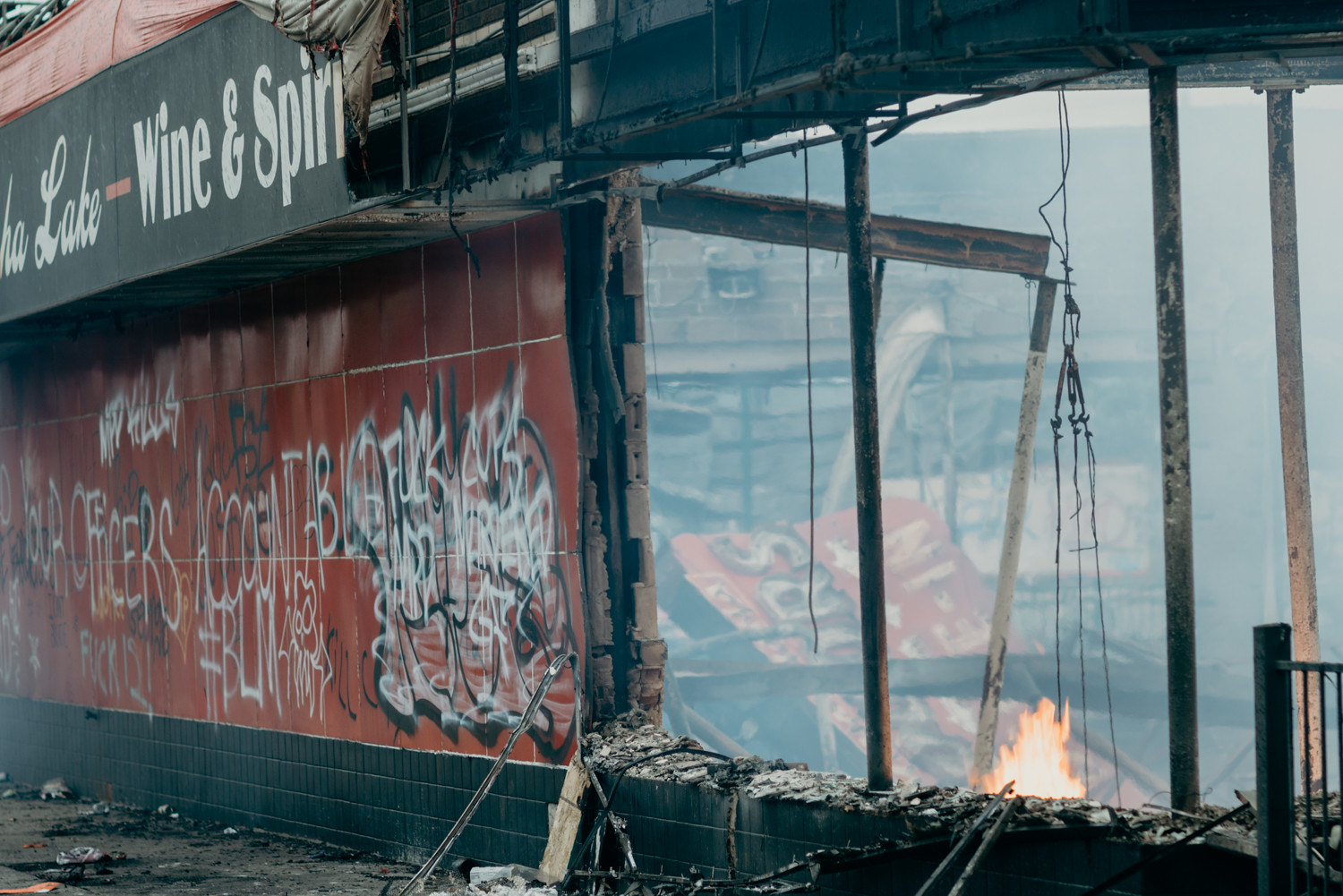 Violent riots broke out in Minneapolis again on Wednesday night. This time, chaos rocked the city after misinformation falsely suggesting the police had killed an unarmed black man went viral. The violent outbreak sadly came as no shock, because by now, Minneapolis is no stranger to destructive riots.

More looting in downtown Minneapolis. They’ve now breached the Saks 5th Avenue store on 6th and Nicollet and people are making out with lots of goods. pic.twitter.com/tgUIyoIMvf

After all, Minneapolis is where the tragic police killing of George Floyd took place in May, sparking nationwide unrest. During the aftermath of that incident, violent riots consumed the city. Countless businesses were looted, vandalized, or burned to the ground, and multiple people were killed. In a jarring example of how deadly this chaos was, police found a charred body in a Minneapolis pawnshop days after the riots died down. Arsonists had murdered a man, possibly without even realizing it.

Hennepin County Medical Examiner’s is expected to release the identity of the body found inside a Minneapolis shop burned during George Floyd riots https://t.co/dCq7ERdyeh

Yet even in the face of wanton destruction and violence, city ordinances are preventing Minneapolis business owners from protecting themselves and their property. As reported by the Minneapolis Star Tribune, the city currently bans exterior security shutters. These are the type of shutters they pull down over a mall storefront when it closes, that would make it much harder to break in and loot it. They also prevent windows from being broken, which can cost tens of thousands of dollars to replace.

Why are security shutters banned in Minneapolis? Because city officials say they “cause visual blight,” and “create the impression that an area is ‘unsafe’ and ‘troublesome.’”

Now, many business owners are running up against this regulation as they seek to protect their reopened stores from future flare-ups of violence. (The earlier riots destroyed at least 1,500 Minneapolis businesses.) Liquor store owner John Wolf saw his store looted after rioters broke in through his windows and stole more than $1 million in alcohol. He’s fuming at the city regulations that stop him from protecting his property.

“Times have changed,” Wolf told the Star-Tribune. “I am going to spend millions of dollars to bring my business back, and I don’t want to buy 20 window panes and have them broken the first day. Property owners should have options on how to protect themselves.”

Technically, business owners can apply for an exception to this rule. But it is incredibly difficult to get such a variance approved.

A city spokeswoman acknowledged as much, reportedly saying that “while someone is authorized to file a variance, it is challenging to meet the legal findings that are necessary to grant a variance from this type of provision.” The city says it has only ever received one request—which it rejected.

“I have never felt so vulnerable,” car repair shop owner Mark Brandow told the paper. He wanted to install security shutters on his property in July but was told by city officials he was ineligible to even apply for an exemption. They are only now letting him appeal. In the meantime, his storefront remains boarded up.

“People in the neighborhood have asked me to take the boards off because it is ugly,” Brandow said. “But I don’t need to be pretty. I’m going to leave it ugly until I get some satisfaction.”

This predictable consequence is part of the irony of the law’s justification. The city’s anti-blight measure created more blight.

Well-intentioned Minneapolis officials banned security shutters, because they wanted their streets to be more visually appealing. Yet they failed to consider that store owners would only seek to install security shutters for a good reason—that is, if they were necessary.

We now see the results of this folly. Boarded-up stores, shattered windows, and permanent “closed” signs are far more likely to “cause visual blight” than security measures. The results of rioting run unchecked surely do far more to make an area seem “unsafe” and “troublesome” than metal security shutters.

So once again, we see sweeping regulation backfire and have unintended consequences that achieve the exact opposite of their original goals. This is what FEE’s James Harrigan and Antony Davies dubbed the “Cobra Effect.”

They told the comical yet revealing tale of how an Indian city placed a bounty on cobras to try and solve their infestation problem, yet achieved the opposite result. Why?

At first, more people hunted cobras to get the bounty, and the cobra population decreased. Yet then individuals started breeding and raising cobras at home in order to get the bounty again. When the government cancelled the bounty because the population had seemingly declined, citizens released all the cobras they had been raising in their homes into the wild.

The end result was a worse infestation of cobras than the city had to begin with.

“Human beings react to every rule, regulation, and order governments impose, and their reactions result in outcomes that can be quite different than the outcomes lawmakers intended,” Harrigan and Davies wrote in explaining why the regulation failed.

So, it’s no surprise that preventing business owners from protecting their own property hasn’t beautified the streets of Minneapolis—it has left them in shambles.