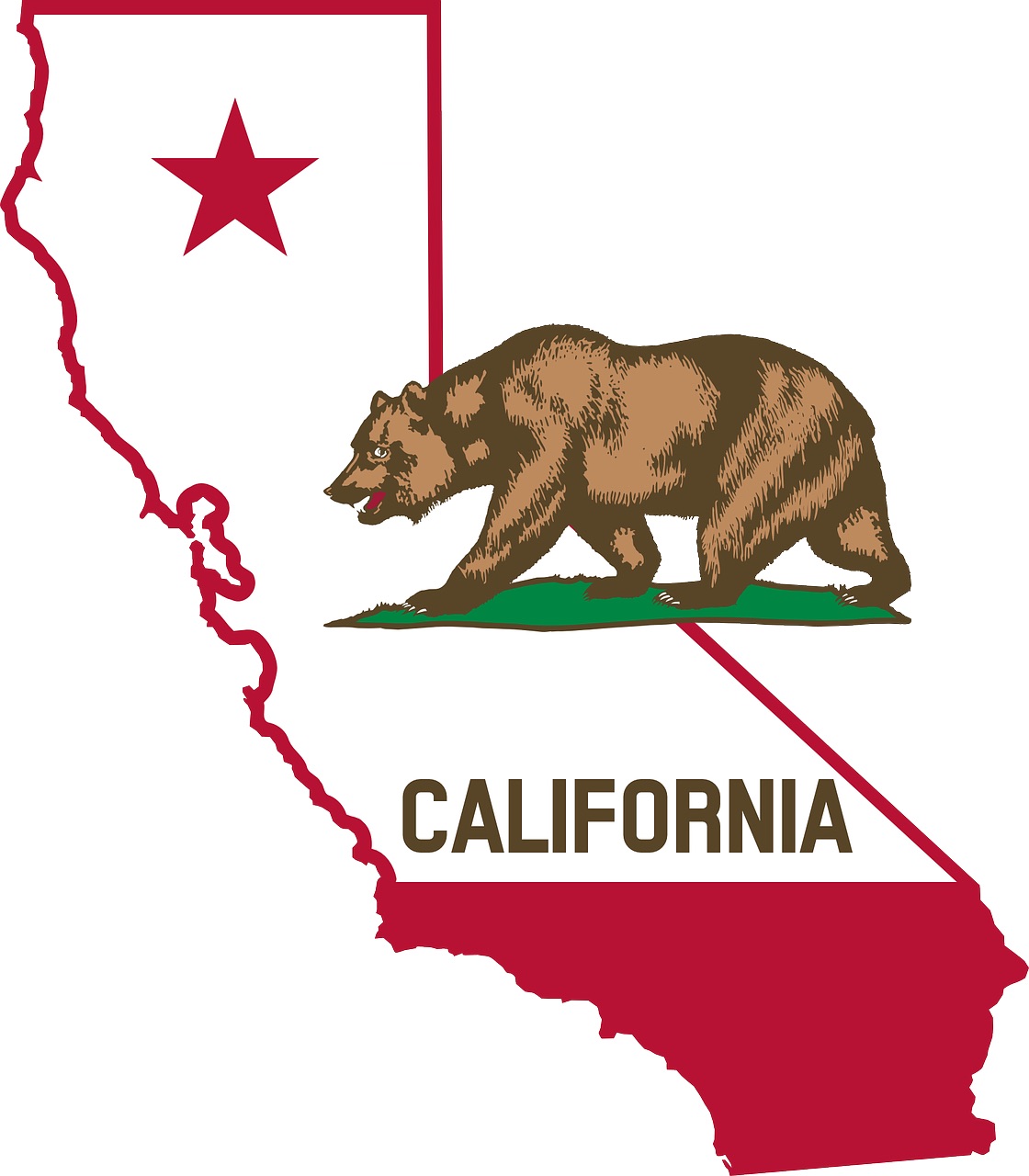 It’s hard to choose one image, or juxtaposition of images, that best sums up the state of California at the end of summer, 2020.

Is it the eight-year-old girl’s birthday party being broken up by a long line of police officers, or the lone paddleboarder arrested out in the ocean for violating social-distancing orders? While only two months later, violent mobs tore through Los Angeles, obstructing traffic, destroying businesses and burning buildings?

Is it Democratic House Speaker Nancy Pelosi claiming that she was “set up” when she went to have her hair done at a salon–an activity she has complicit in prohibiting for ordinary citizens–or some of Governor Newsom’s wineries remaining open while wineries and other businesses outside of Napa were ordered closed over Fourth of July weekend?

Or is it the “let them eat cake” Tweets from the woman who was instrumental in helping wipe out out the livelihoods of freelancers and other independent contractors across California, or perhaps the comical attempts by a puppet politician for the pharmaceutical industry to portray those who oppose the forced vaccination of their children as “violent“?

Perhaps it’s the “fire tornado,” or the millions of acres of charred land left in the wake of devastating wildfires–largely the result of years of failing to employ rudimentary principles of forestry management that Native Americans understood centuries ago.

Or maybe it’s just the recent uptick in the throngs of people who have been steadily making their way out of the state for well over a decade.

The Politicians Who Ate California

The people who rule over the state of California—and yes, “rule” is the correct word—may be ridiculous, but they are not harmless. And they are waging open political warfare on everyone living in the state.

The disregard the state’s political class has for the freedom and wellbeing of those who live here is nothing new. Its antagonistic stance toward small and independent businesses especially has earned the state its ranking as one of the worst business environments in the nation, thanks to high taxes and a restrictive regulatory environment. For well over a decade, there has been an exodus of businesses and individuals to more hospitable climates offered by states like Texas and Idaho, and last year saw a 38% leap in “outmigration”—the difference between those leaving the state and those coming in.

Recent years have seen the results of this disregard approach the surreal, including a crisis in homelessness exacerbated by regulations that make building anything other than luxury homes all but impossible, and bringing with it a resurgence of tuberculosis (a genuine health crisis that produced no mask mandates or social-distancing orders); and the criminalization of most independent contracting work, crippling the ability of a great many in the state to make a living. And of course, those fires.

When COVID-19 came along, California became one of the worst examples of authoritarian power grabbing, with its governor implementing unprecedented restrictions on personal movement, ordering Californians to wear masks in public, prohibiting businesses from opening and sending out “strike teams” to make sure they didn’t. The governor’s antics were topped only by the mayor of Los Angeles threatening to cut off power and water to any businesses that defied the–many argue unlawful–orders.

The impact of the damage done by the lockdowns has yet to be fully felt. Nationwide, hundreds of thousands of small businesses have closed permanently, with even more at risk of closing should the lockdowns continue.

With one of the tightest lockdown policies, California’s economy has been one of the hardest hit. Its unemployment rate is now 13.3 percent, compared to a nationwide rate of 10.2 percent. And Michael Bernick, a San Francisco labor lawyer and former director of the state Employment Development Department told the Sacramento Bee that California’s most recent new unemployment figures accounted for about one quarter of all new claims in the US, even though the state only accounts for 11 percent of the total job market.

The lockdowns have also resulted in hospital closures, as well as increases in domestic violence, child abuse and other crimes. And there have been dramatic spikes in deaths from non-COVID-19 causes, including cancer, deaths from despair and loneliness–particularly among those suffering from Alzheimers and dementia–and suicide, among other costs, some of which are not easy to quantify.

For No Good Reason

This is all despite an overwhelming body of evidence showing that the lockdowns do not “work.” That is, they do next to nothing to contain the spread of COVID-19 or prevent “hospital overload”–you remember, the original rationale for the draconian measures, based on modeling by serial fake-pandemic prognosticator, Neil Ferguson.

Ferguson’s work was so shoddy, one reviewer referred to it as “…either an outright fraud, or …the most inept piece of programming I have ever seen in my life.” (Needless to say, the “hospital overload” never materialized, in the US or in countries such as Sweden that did not impose lockdowns.)

Even if hospital overload had been a legitimate concern, there is no reason to believe that lockdowns would have prevented it. Analysis after analysis comparing those countries and states that imposed strict lockdowns with those that did not show again and again that there is zero correlation between government-imposed lockdowns (or mask mandates) and better outcomes.

Moreover, and as several epidemiologists and others argued early on, attempting to prevent entire populations from becoming infected is a policy goal that makes no sense. As with every other virus since the dawn of humanity, human populations develop resistance to pathogens precisely by being exposed to them. This exposure also helps to protect against new pathogens encountered in the future–as demonstrated, for example, by increased T-cell resistance to COVID-19 in those with previous exposure to other coronaviruses.

But evidence matters little to those whose goal is simply power over other people’s lives. Ignoring all of the above, ignoring the experience of countries and states that did not lock down, ignoring the complete and utter absence of even a shred of justification for shutting down people’s lives, and indeed, ignoring the fact that neither the US Constitution nor the Constitution of California empower him to impose any of these restrictions, Governor Newsom simply recited, week after week, “case numbers” as if they were in any way meaningful to the discussion, and continued the lockdowns.

Newsom’s plan now? For all practical purposes, it is never to return to a pre-COVID-19 “normal.” On August 28, he announced a new set of guidelines for counties, dictating under what conditions they could begin to ease the restrictions. Under none of the conditions listed, may a county lift the restrictions entirely.

Moreover, the standard by which a county’s risk level is determined under these guidelines is not deaths, nor hospitalizations, nor any other meaningful measurement, but “cases” and test positivity rates. (To understand why this is meaningless, see here.)

The governor’s goalposts have moved far away from the initial goal of “flattening the curve.” And with months worth of data to demonstrate the utter uselessness of these measures, it is now clear that his policy decisions have nothing to do with “science” or evidence of any kind. What is also clear is that he has no intention of relinquishing the power he has obtained as a result of this virus, under any circumstances.

It is as if the state of California has been assaulted by a hostile foreign power. A power intent on crippling the engines of productivity that keep ordinary people alive, and on breaking the spirits and psyches of those people. For the past six months, the government of California has been waging a war of attrition on the people who live here.

For those who don’t mind spoilers, here’s how this ends: As a massive wealth transfer from small, independent business owners, to large banks, corporations, and to the state. It will be a monumental blow to the ability of anyone to live without being either dependent on the state or an employee (remember that new law about contract workers?) of a large corporation.

So How Do We Fix This?

Californians have a problem: The government of California. The question is how to resolve that problem peacefully. As frustration and economic hardship grow, the danger of violent revolt becomes more real. To avoid this deadly and destructive (and likely counterproductive) outcome, it is critical that we find peaceful solutions now.

The state has erupted in calls to impeach Governor Newsom, to have him recalled, and to vote the (largely Democrat) legislators out of office. Some are taking the governor to court over his unprecedented rights violations. One California church has already won a court battle over its ability to conduct indoor services, and the California Supreme Court has ordered Governor Newsom to respond to lawsuits filed on behalf of a group of schools and parents over his school closure orders.

These are positive steps, but however well-intentioned and worthy of support, they miss the larger point. Should Governor Newsom be impeached, there is nothing to prevent his successor from perpetrating the same level of abuses that he has. Nor is a successful lawsuit (something that can only be accomplished after damage has already been inflicted) a guarantee against future abuses. We are faced with the urgent task of having to come up with our own, lasting, means of protecting our rights

Such mechanisms will require some outside-the-box thinking. When those in power violate our fundamental rights, we must find peaceful ways to defy them. I’ve proposed one possible approach here. And we have already seen some sensible responses to COVID-19 from many of the California county and other local authorities, with several across the state refusing to enforce the governor’s lockdown and mask orders. There has also long been talk of splitting California into separate states, or of joining some counties with those in other states to form a new state. These are ideas that now seem less like idealistic fantasy and more like practical necessities.

Whatever solutions we come up with, we must find them soon. Those who inflict this kind of devastation on the state only do so because they do not bear the costs of it. But those costs have become too great for the rest of us to bear.

Every day brings more and more people closer to bankruptcy and psychological breakdown, and closer to a dystopian “new normal” that is unlivable for most of us. We need to find ways to secure the rights of Californians such that they need never again fear such a gross and complete takeover of their lives, and we need to do it soon–before those in power destroy what is left of the state.