No Time to Die (in a Movie Theater)

Regal Cinemas has suspended operations nationwide because folks don’t want to sit in a large dark room with dozens of strangers and their breathing, wet mouths for some reason.

The second-largest cinema chain in the US made the tough call following the postponement of the new James Bond movie, which I’m sure doesn’t suck despite a 14-year gap since the last comprehensible Bond film.

MGM’s No Time to Die is just the latest in a long line of postponed blockbusters, who won’t be hitting theaters until late next year at the earliest.

“We are like a grocery shop that doesn’t have vegetables, fruit, meat,” Cineworld CEO Mooky Greidinger told the Wall Street Journal trying to think of other things you buy in a grocery store.

“We cannot operate for a long time without a product.”

Studios have stayed cautiously optimistic about the pandemic and kept many of their big-budget movies on the slate until relatively recently.

Then Christopher Nolan’s highly anticipated three-hour exposition dump, Tenet, hit theatres and failed to make back even a quarter of its production budget in the US and Canada. If one of Christopher Nolan’s self-indulgent slog-fests can’t put butts in seats, reasoned studios, nothing will.

Following Tenet’s lackluster returns, the big studios bumped almost their entire slate of movies until next year, making this the first year without a Disney Marvel movie since the dawn of time itself.

Without big-budget titles to lure in moviegoers, theatres have resorted to screening blockbuster classics of the 80s and 90s and smaller independent movies that are generally not considered “family-friendly.” 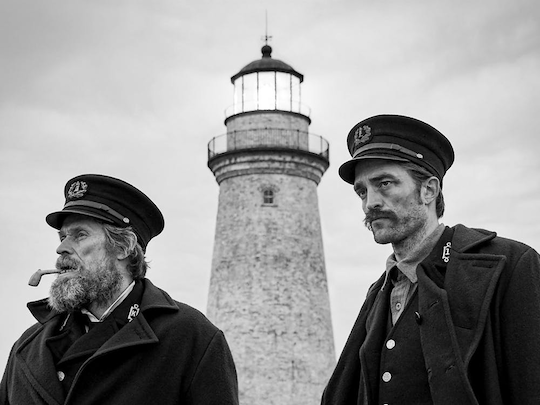 “Hey, kids! Who wants to see The Lighthouse again?!”

Last week a group of leading filmmakers sent a letter to lawmakers asking for a slice of the bailout pie airlines have been horking down.

“If the status quo continues,” says the letter, “69% of small and midsize movie theater companies will be forced to file for bankruptcy or to close permanently.”

Nvidia Building a $52 Million Present for the Brits

Nvidia announced plans to build a $52 million supercomputer for the British to apologize for buying up one of their largest tech companies, Arm Holdings.

The supercomputer will be built in Arm’s R&D facility in Cambridge, England, and named “Cambridge-1” because if they had any imagination they wouldn’t have become computer nerds.

The computer is being purpose-built to use AI to research healthcare and accelerate drug discovery and development, which would have been cool to have at the start of this year.

“The Cambridge-1 supercomputer will serve as a hub of innovation for the U.K., and further the groundbreaking work being done by the nation’s researchers in critical healthcare and drug discovery.”

The Cambridge-1 “thinkin’ about healthcare” machine will be the 29th most powerful computer in the world and the most powerful in Britain, with 400 petaflops of “AI performance.” (A petaflop is a measure of the time it takes an animal rights organization to make you hate it with a terrible advertising campaign.)

Matt Hancock, Britain’s health minister, said in a statement that “accelerating drug discovery has never been so important.” But some folks in the industry are skeptical of how useful these overpriced gaming rigs can actually be.

So-far, AI machines far more powerful than the Cambridge-1 have done little to offset just how crappy this pandemic has been.

“This (pandemic) is showing what bulls–t most AI hype is,” Neil Lawrence, the former director of machine learning at Amazon Cambridge, told CNBC. “It’s great and it will be useful one day but it’s not surprising in a pandemic that we fall back on tried and tested techniques.” 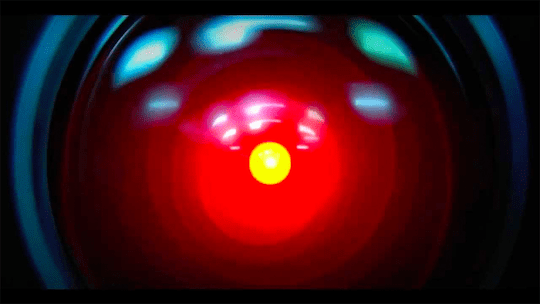 Shares of biotech company Regeneron (RGN) surged 5.9% today, after the White House announced President Trump was being treated with the company’s experimental cocktail of drugs.

Meanwhile, everyone else in the country is testing an experimental cocktail of beer, wine, and whatever liquor we have in the house, as the president contracts COVID-19 with less than a month to go before the election. 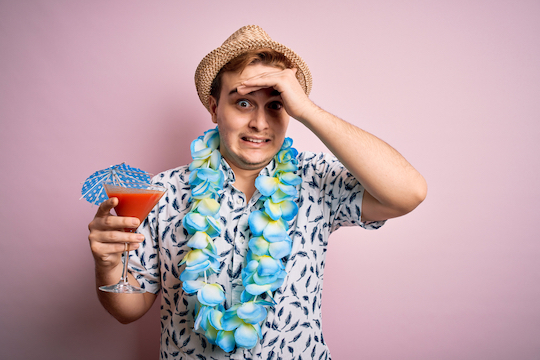 Regeneron’s stock surged this morning after Cantor Fitzgerald upgraded the stock to “overweight,” citing promising results from the experimental cocktails and a dermatitis treatment (which the president is not on, as far as I know).

The experimental antibody cocktail has not been approved by the FDA, but Regeneron says it provided the drug to the president in response to a “compassionate use” request by Trump’s doctors.

According to the FDA, “compassionate use” allows for expanded access to experimental drugs that may make your butt fall off for “immediately life-threatening illnesses.”

“Giving [the cocktail to Trump] or to others who might not be able or don’t qualify for clinical trials is the right use of compassionate use,” Regeneron CEO Dr. Leonard Schleifer told CNBC this morning.

“That’s for small numbers of people, for these exceptions. We want everybody to be potentially able to benefit. We understand we don’t make that decision. This is a decision the FDA has to make.”

Schleifer says that if a regular ding dong like you or me wants to take their cocktail for a spin, you’ll need to enroll in a clinical trial, adding that at least a third of patients will receive an experimental cocktail of nothing instead of the actual drug.

The next four weeks are going to be about presidential politics all the time. There’s no escaping it.

So, it shouldn’t come as a surprise that this weekend’s news was centered around President Trump’s health and when he’ll be released from Walter Reed National Military Medical Center. Trump’s doctors have said he could be discharged from the hospital as soon as Monday but barring a severe turn for the worse in the president’s condition, I don’t think the stock market will overreact regardless of when he’s released.

Now, here’s the delicate part of the conversation: The stock market has already priced in a Joe Biden victory.

How do I know? Well, I’m guessing.

But let’s be real… there isn’t a credible poll or online betting site that doesn’t already have Joe Biden defeating Trump by a high single-digit to low-double-digit margin.

Before you assume that the stock market will be crushed under a Biden Administration, remember, not only has the vice president promised not to raise income taxes on anyone making less than $400,000, but it’s reasonable to assume that whoever Biden’s advisors are, they’re telling him he can’t raise taxes during a recession.

Raising taxes during a recession on anyone is akin to playing with fire. And while Biden has made his intentions clear when it comes to making high earners pay more in taxes, even the most progressive advisor, if he still wants to have a job after the next election, understands the implications of restricting consumer spending in a weak economy.

Pricing in a Joe Biden victory isn’t really all that delicate, but this is…

The only thing that dramatically changes the landscape of this election is if President Trump were to be replaced at the top of the ticket by the current vice president, Mike Pence.

One of my analysts made a point of telling me that while the odds are low, if Trump fails to bounce back from COVID in a reasonable time frame, or if his advisors get spooked by the polls and use his current condition as an excuse for withdrawing, the Republican Party could decide to place Mike Pence at the top of the ticket.

Now, the odds of this occurring are de minimis. And for several reasons.

According to the New York Times, the Republican National Committee would have to produce a new nominee (I’m assuming Mike Pence would be that nominee). However, because so many states have already begun printing their ballots, it’s unclear and unlikely that every state would be able to reprint enough ballots in time.

In all likelihood, the individual states would have to decide how to proceed. And you know that would turn into a partisan train wreck.

As strange as this might sound, no one really knows what will happen if Trump’s health takes a turn for the worse and is no longer healthy enough to run for a second term.

But if you’re looking for the one thing that could throw this election on its head… that’s it.

The reality is the election is going to proceed as scheduled. And while the odds-on favorite is Joe Biden — as long as one candidate wins by a substantial majority (as close to double-digits as possible) — I don’t expect the stock market to react too wildly.

Even the outcome most frequently associated with a dip in stock prices – a Democratic Sweep of the House, Senate, and White House – appears to be mostly expected.

Look, I know there are plenty of investors that get worked up about politics. But when it comes to investing, and I’ve told you this many times before, the most important person is the Federal Reserve Chairman. And for now, we have a Fed Chair that wants nothing more than for you to make money in the stock market.

The post No Time to Die (in a Movie Theater) appeared first on Laissez Faire.