The magazine America reads “just for the articles” will once again expose itself on the public market, Playboy announced Thursday.

Founder and Greek God of Wearing Your Pajamas to Work, Hugh Hefner, salaciously took the company private in 2011, as the global publishing industry shriveled up into a rotten lump and fell off.

Since Hugh’s untimely death in 2017, at the age of 91, Playboy has moved away from “writing articles” and corporate sex mansions to focus on brand licensing and commerce. Earlier this year, Playboy magazine closed its doors after nearly 70 years of… articles.

“Playboy today is a highly profitable commerce business with a total addressable market projected in the trillions of dollars,” said Playboy CEO Ben Kohn in a statement announcing the acquisition.

Playboy announced Thursday it will once again return to the leering eyes of the public market after being acquired by blank-cheque firm Mountain Crest Acquisition in a deal that values the company at $415 million (in singles).

As part of the deal, Playboy gets to keep $58 million of the funds raised by Mountain Crest, plus another $50 million from institutional investors for its troubles. Playboy’s existing owners, presumably a bunch of dudes in silk robes smoking pipes, will retain ownership of 66% of the company.

If the deal is approved by the SEC, the company will change its name to Playboy, because it’s more recognizable and slightly sexier than “Mountain Crest Acquisition,” and start trading on the market under PLBY. (Dave & Busters already has the PLAY stock ticker.)

Ben Kohn, who ranks “other” as his number one competency on topionetworks.com, said the deal will shove over $100 million in unrestricted cash down the front of the company’s balance sheet, allowing it to expand further into the lingerie and “intimate-accessories” space.

Going public by way of a special acquisition company (SPAC) is a method companies can use to awkwardly back their asses onto the public market without an IPO. But this kind of deal is becoming increasingly popular in 2020 in a market that has completely soured on the idea of traditional IPOs.

Notable companies to go public with SPAC deals include sports-betting firm DraftKings and dudes trying to get to space Virgin Galactic holding. With the approval of the SEC, the brand spanking new Playboy could go public as soon as 69 days from now.

According to a report by the Wall Street Journal, these often state-sponsored ding dongs are increasingly targeting healthcare facilities and employing tactics that are likely to harm or even kill patients.

Ransomware attacks, where hackers hold your data hostage for a ransom of Bitcoin, have been growing every year in the US.

In the early days of ransomware, hackers targeted private individuals, holding their steamy Hannibal fan fiction hostage. But they quickly realized they could milk a whole lot more money out of private companies, who are just as likely to click a virus link in a badly-written scam email as it turns out.

Lewis here emails me about three times a day saying I’ve been fired or have a big payment waiting in my name. Hilariously, he messages from a different email every time but never changes his name.

Healthcare institutions have been a favored target of hackers, since accessing patient data can be a life or death matter. However, this week, the attacks escalated and forced Universal Healthcare Services to divert ambulances from its facilities due to a cyberattack shutting down its emergency rooms.

UHS reported that the systems used for medical records, laboratories, and pharmacies were offline in about 250 of the company’s U.S. facilities. Luckily no one was harmed, but during a similar attack in Germany, earlier this month, a woman died when her ambulance was diverted from the closest hospital.

According to security experts, there’s been an unprecedented surge in attacks this year because assholes who prey on the vulnerable will double down in times of crisis.

“The trend has been going up for a while, but in 2020 it has just been skyrocketing,” said Dmitri Alperovitch, the chairman of a nonprofit think tank focused on cybersecurity, told the Wall Street Journal.

Joshua Corman, a senior adviser at the Department of Homeland Security’s Cybersecurity and Infrastructure Security Agency, told the Wall Street Journal that he hoped the hackers would ease off during the pandemic out of the kindness of their rotten little nerd hearts, but the opposite has been true.

“We’d assumed that they would be smart enough not to attack,” said Corman. “But I think [hackers’] assumption was that [victims] would definitely pay.”

Stocks ripped higher early yesterday. However, they ended the session near their lows at support levels (green line in the chart below).

The overnight futures session is signaling another rally this morning, but until we take out overhead resistance (red line in the chart below) we’re stuck in no man’s land. 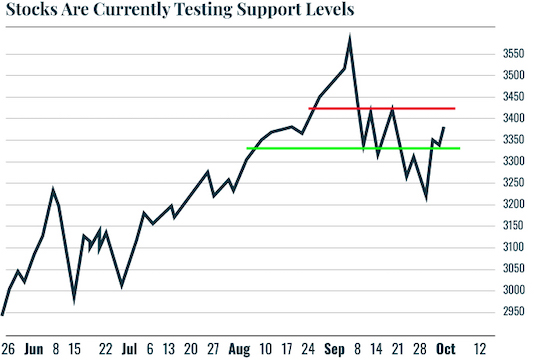 One thing is certain, a BIG move is coming.

Momentum Leaders are Giving Us a Clue

This suggests the next move will be higher. 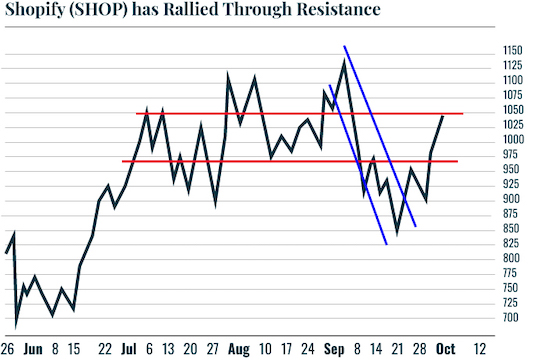 Tesla (TSLA), another Wall Street momentum darling, will likely break out to the upside of its triangle formation (the blue lines in the chart below).

This too suggests the next move will be higher. 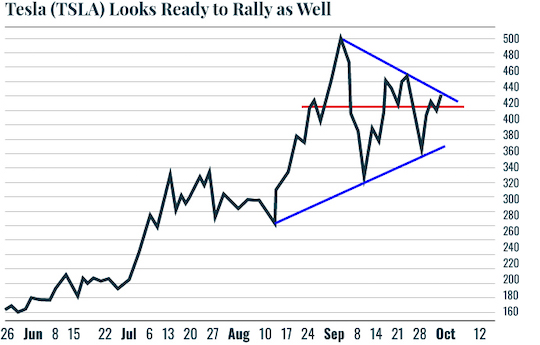 Keep an eye out. We might be about to see a real “face ripper” higher soon.

The post Playboy Bares All for Wall Street appeared first on Laissez Faire.