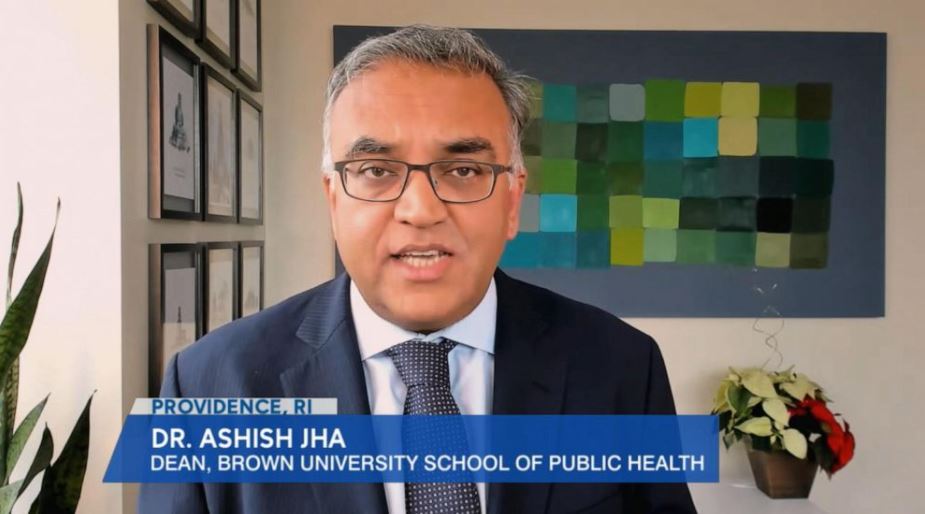 Over the weekend Dr. Ashish Jha, dean of the Brown University School of Public Health, took to Twitter to criticize Massachusetts Gov. Charlie Baker for not taking more assertive government action to slow the spread of the coronavirus.

“Massachusetts has more new COVID cases per capita than Georgia, Florida, or Texas,” observed Jha, who also serves as the Director of the Harvard Global Health Institute. “Our hospitalizations, deaths are up 100% in [the] last 3 weeks. But our casinos and tanning salons are still open.”

Jha’s figures are not wrong.

Massachusetts has seen daily cases average roughly 5,000 a day in early December. The Bay State’s mortality rate is rapidly closing in on New Jersey and New York—the states with the highest COVID-19 mortality in the United States—despite various public policy restrictions Baker had put in place to slow the virus down.

These measures included a 10 p.m. curfew, mask wearing for all people over the age of 5 when in public (even outdoors and when social distancing), capacity limits on private residences, and travel limitations that included mandatory quarantining for out-of-state visitors or returning residents.

Massachusetts has more new COVID cases per capita than Georgia, Florida, or Texas

Our hospitalizations, deaths are up 100% in last 3 weeks

But our casinos and tanning salons are still open pic.twitter.com/RESVBoZHxu

Jha’s solution wasn’t to follow the example of Georgia, Florida, and Texas, and abandon the measures Baker had put in place that had proven so ineffective. Instead, he proposed that Baker, whom he called out by name in his tweet, put more restrictions on businesses and individuals

In effect, Jha was urging Baker to double down on the “targeted enforcement” strategy that wasn’t working. And that’s precisely what Baker did just four days later.

“The days of most people doing most of the right things are probably not enough,” Baker said during a briefing on Tuesday. “Significantly more people are suffering from severe COVID-related illnesses, and this sharp increase is putting a strain on our healthcare system and our frontline health care workers.”

The new rules will result in the closure of some entertainment venues and strict capacity limits for businesses. Hospitals have also been directed to “curtail inpatient elective surgeries” to make room for a potential influx of patients.

“This action will free up necessary staffing and beds,” Baker announced.

It’s unclear if Baker’s actions were a direct response to Jha, who had previously defended Baker’s COVID-19 response before writing his scathing critique. Whatever the case, Jha’s comment betrays a flaw in both lockdowns and the “targeted approach” he favors.

As Jha admits, Massachusetts has more new COVID cases than Georgia, Florida, or Texas—states that have few or zero government restrictions in place in contrast to Massachusetts. There’s a reason for this.

As I recently observed, several academic studies show there is little or no correlation between government restrictions and lower COVID mortality rates.

So why do governors and politicians continue to use harmful lockdowns and draconian restrictions if they are ineffective? Public choice theory may hold a clue.

Public choice, as the Library of Economics and Liberty explains, applies economic theories and methods to the analysis of political behavior, an area once solely the province of political scientists and sociologists.

As James Buchanan, a pioneer of public choice scholarship who won a Nobel Prize for his research in 1986, shrewdly defined it, public choice is “politics without romance.” Essentially, it questions the idea that participants in the political space are motivated primarily by “the common good.” Instead, public choice assumes political actors are no different than regular people, meaning they are guided primarily by their own self-interest just like everyone else—the Average Joe buying a home, hamburger, or automobile.

As Adam Smith famously illustrated, in the realm of commerce, the surest way to advance one’s self-interest is through exchange, which means advancing the interest of someone else. But, in the realm of politics, the most direct path to success often involves treading on the interests of others.

For Baker, the most rational action he can take under increasing pressure to “do something” in the face of surging coronavirus cases is probably more government restrictions, even if those restrictions have adverse outcomes.

Consider that at very least his actions will give the appearance that he’s taking the virus seriously and “listening to experts” like Jha, who no doubt genuinely believes he (or public health officials like him) possesses the knowledge to tame the virus and save lives if politicians would just listen and get the lockdown formula right.

While passing harmful restrictions that achieve no public good might seem irrational, they are rational if one assumes that politicians are operating out of their own self-interest like anyone else—not for “the common good.” After all, one need only look at the flack countries like Sweden and politicians like South Dakota Gov. Kristi Noem have received for not using lockdowns and other strict government restrictions to tame the virus.

And it’s not just media applying this pressure. Some public health experts argue that the absence of government restrictions is akin to violence.

“In this moment, the focus on personal responsibility is a form of gaslighting, and it’s violent,” Shawnita Sealy-Jefferson, a social epidemiologist at Ohio State University, told the Boston Globe. “What we are seeing is the manifestation of the lack of public health infrastructure in this country, and leadership.”

It’s important to remember that politics, above all else, is about self preservation. And imposing government restrictions that don’t work and cause serious harms is a better political strategy for most politicians than telling people to act responsibly, wash hands, maintain a prudent distance, and avoid touching your face.

So if you’re wondering why our world has begun to resemble a Joseph Heller or Kafka novel where orders and action seem arbitrary, senseless, and counterintuitive, look to public choice theory.

It will help you understand that there is a method to the madness, even though it is indeed madness.

And it all stems from removing decision-making from individuals, who have the knowledge to behave rationally in a way that benefits the public good, and placing it the hands of politicians and bureaucrats, who don’t.

My work is sometimes criticized for not discussing the merits of lockdown—perhaps even exculpating western leaders by blaming the CCP. Others know better. This thread is for the victims of lockdown, the greatest crime of the 21st century. pic.twitter.com/AsIKPde0Hp