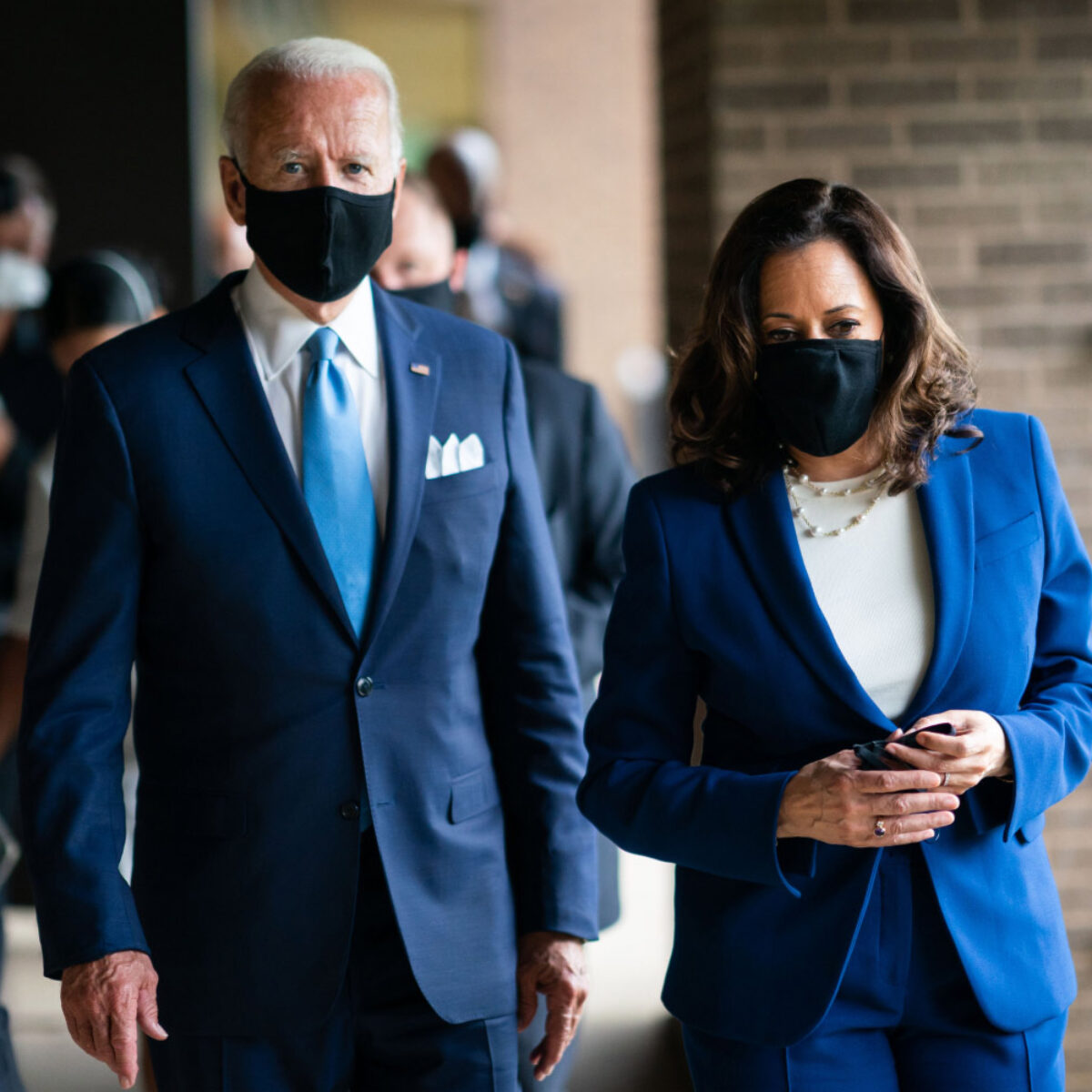 Among the orders was a mandate that all people on federal property wear masks to mitigate the spread of COVID-19.

“[To] protect the Federal workforce and individuals interacting with the Federal workforce, and to ensure the continuity of Government services and activities, on-duty or on-site Federal employees, on-site Federal contractors, and other individuals in Federal buildings and on Federal lands should all wear masks, maintain physical distance, and adhere to other public health measures, as provided in CDC guidelines,” the order stated.

In some ways, the order comes as little surprise. Prior to the November election, Biden had indicated he would require masks on federal property. Meanwhile, Biden has consistently urged people to “mask up” and is calling on Americans to wear face coverings in public for the next 100 days.

‘Bigger Issues to Worry about’

Things got awkward quickly, however.

The same day Biden signed his executive order, he and his family were spotted maskless at the Lincoln Memorial—a clear violation of the order he had signed that very morning.

This created an uncomfortable moment for White House Press Secretary Jen Psaki, who was asked by a reporter why Biden and members of his family were not wearing a mask in compliance with the law.

Why wasn’t @JoeBiden wearing a mask last night after signing a mask mandate?

Press Secretary Jen Psaki: “He was celebrating an evening of a historic day…He was surrounded by his family…We have bigger issues to worry about.”

Biden wants you to follow the rules that he won’t. pic.twitter.com/P5xy0CireG

“He was celebrating an evening of a historic day in our country,” said Psaki, who also rattled off many of the actions the administration was taking to slow the spread of the virus.

The reporter persisted. He asked if Biden, who has repeatedly pointed out the importance of elected officials setting an example, was sending the wrong message to Americans.

“I think the power of his example is also the message he sends by signing 25 executive orders, including almost half of them related to COVID,” Psaki said. “I think we have bigger issues to worry about.”

Psaki’s excuse-making was cringeworthy, particularly the last sentence, which I suspect she wishes she could take back.

But in her defense, there was no good way to answer the question (beyond deflection, or honestly owning up to the misstep). Psaki may have been correct that Biden was “celebrating,” but the order he signed makes no exception for celebrations. She may also be correct that “we have bigger issues to worry about” than masks. In fact, I believe she is.

For some, masks are seen as a tool to shame others, shape consciousness, and force compliance. For others, masks are seen as a symbol of righteousness, a demonstration of morality and selflessness. If you doubt masks have become a moral issue—as well as a device to signal virtue and shame others—consider some of the following. (As well as these videos, which we are not embedding because of profanity.)

Wearing a mask is not a surrender of liberty. It is an affirmation of love.

You know who is wearing masks are your store @Lowes? Customers. You know who isn’t? Your employees and vendors. 8:00 am and I saw MULTIPLE employees/vendors with masks only on mouth and not on nose or wearing it on chin as they talked freely.

I hadn’t realised that being a first class, ocean going, chateau bottled, nuclear powered prick was an exemption from wearing a mask. What a selfish loathsome tool this man is https://t.co/2Kt91SlYVM

Yes. I wore a mask while running earlier. pic.twitter.com/KMQf6pkf3V

There are many things individuals can do to mitigate the spread of COVID-19. At the beginning of the pandemic, we heard a lot about hand washing, avoiding touching one’s face, and disinfecting surfaces on a daily basis. We don’t hear much about these things anymore, even though health centers stress these as important measures to reduce the chance of infection.

Essentially, masks unleashed the tribalism and division (both politically and ideologically) that lurk beneath America. Studies show you can tell with a high degree of certainty whether someone was a Trump or Biden supporter based on their mask wearing habits.

Consider the lack of outcry over the fact that Biden violated his own mask mandate hours after signing it. Biden’s actions don’t make him a bad person, of course, despite what many on social media would have you believe.

It does, however, put Biden in the camp with the numerous others we’ve seen during this pandemic who flout the rules they pass for others. This has been a source of frustration for many people throughout the pandemic, and that frustration seems to be growing.

“I mean they put these rules in place … they’re not even following their own rules,” Green Bay Packer quarterback Aaron Rodgers recently observed in an appearance on “The Pat McAfee Show” following a $500,000 donation to the Barstool Fund. “How many people have gotten caught?”

Rodgers is not someone known for being outspoken on controversial issues.

The hypocrisy and unequal treatment matters.

Though politicians promise an egalitarian utopia, the reality is that hierarchy, social climbing, and wealth disparity will exist in any political system. But whereas a free market rewards competence and those who create value, a system dominated by the state will always reward those with proximity to power.

The Soviet Union might have been premised on the idea of equality, but most people didn’t have a Rolls Royce, Mercedes, Cadillac, Lincoln Continental, Monte Carlo, Matra, and Lancia Beta.

Leonid Brezhnev, the general secretary of the Soviet Communist Party and president of the USSR, did.

All of this is to say, Jen Psaki is right. We have far bigger problems than whether Joe Biden is wearing a mask all day.

But one of those problems is the fact that politicians increasingly feel like they can pass orders for others while ignoring those orders themselves.