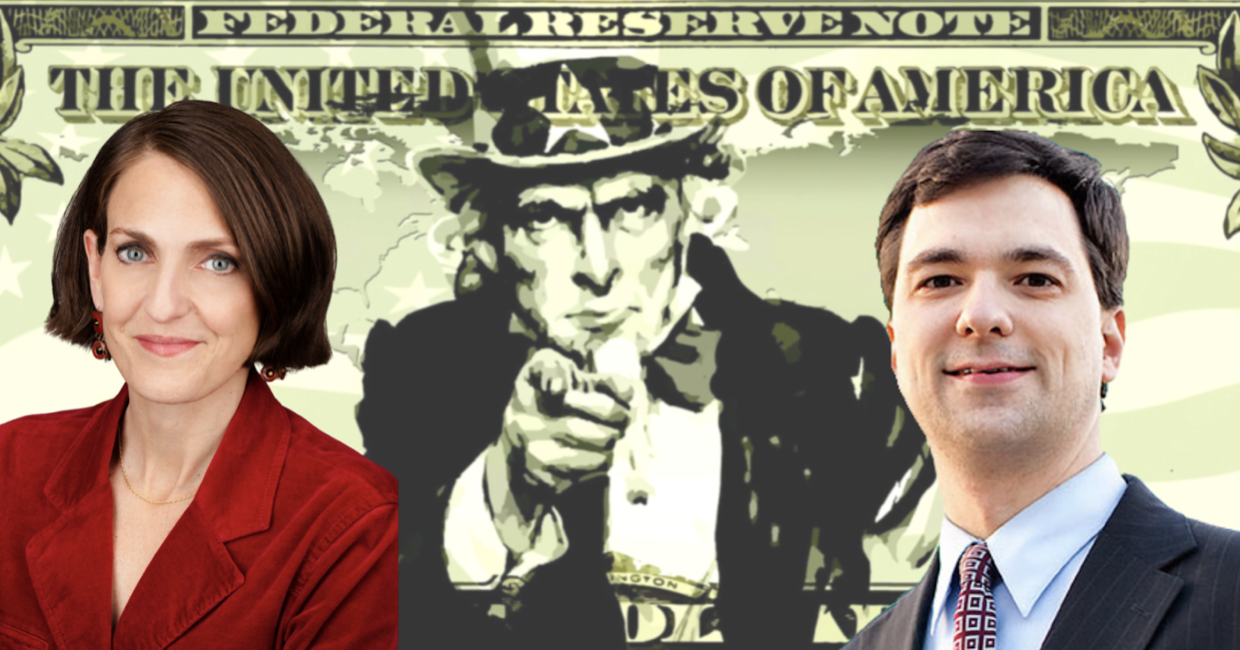 With COVID-19 ravaging the country and government pandemic lockdowns devastating our economy, the national debt has understandably slipped to the back of many Americans’ minds. But the federal government continues to fall deeper into the red at a dramatically accelerating rate. Free-market economists interviewed by FEE warned that we can’t continue like this forever without grave consequences.

Even before the potential passage of President Biden’s $1.9 trillion stimulus proposal, the national debt officially exceeded the size of the economy in 2020. This means we will soon owe more than we produce in an entire calendar year. And it’s only going to get worse. The nonpartisan Congressional Budget Official now estimates that we will hit a 200 percent debt-to-economy ratio in 30 years, a truly unthinkable and unprecedented level of debt.

And that’s under “a rosy scenario that assumes no new spending programs, no wars, no recessions, all temporary tax cuts expire, and interest rates remain low,” Manhattan Institute economist Brian Riedl tells me.

“By that point in 30 years, CBO projects an annual budget deficit of 12.6% of GDP (the equivalent of $2.5 trillion today),” Riedl says. “Half of all taxes will go towards interest on the debt. Again, that is the rosy scenario.”

Of course, the government drowning in debt likely isn’t going to affect the average American tomorrow. But while interest rates are at near-zero levels, they can’t continue like that forever, Riedl warns.

“Too many people believe interest rates can never rise again, or do not realize that nearly the entire national debt would reset into the higher interest rates,” he said. “Basically, we are gambling America’s economic future on the hope that interest rates stay below 3% or 4% forever.”

“With these debt trajectories, interest rates are going to take off eventually,” said de Rugy, a Mercatus Center senior fellow. “What happens when these rising rates coincide with the Medicare Trust Fund depletion in five years, or Social Security in thirteen years?”

“Every time a recent major crisis hits the federal debt level jumps, but never falls back at all afterwards,” he said. “We therefore engage in a step up in the level of debt after each crisis, which has worsened our starting point as we are now sailing into an unprecedented fiscal tidal wave of debt as a result of entitlement commitments made to an aging population.”

“Without near-term policy change to entitlements to head that off, there will at some stage be a much bigger reckoning,” Bourne concluded. “But I see no desire to head that off today.”

While the future of interest rates may indeed be uncertain, it is nonetheless projected that Americans will soon have to pay trillions in federal taxes every year just to cover the interest on the debt—all while the problem continues to snowball out of control.

Even before this happens, though, there are real consequences that come with runaway deficit spending. The federal government cannot create wealth out of thin air. Every dollar that it spends or borrows has to come from somewhere else in the economy. (Unless it prints money, in which case it stealth-taxes us all through inflation).

“Deficit spending extracts resources from the real economy and there is no guarantee that the government uses these resources better than the private sector,” de Rugy said.

“We are likely already paying for the heightened debt levels in the form of lower living standards,” de Rugy concluded. “And we will continue to suffer if we keep this up.”

So, what does this all mean for Biden’s proposal for nearly $2 trillion more in COVID spending and other big-spending policy proposals? Well, we’ve already spent an astounding and unprecedented $4-5 trillion on COVID relief, much of which proved fraud-rife and inefficient.

In light of this, “keeping our debt under control is a better priority,” de Rugy says. “The more in debt we are in, the harder it becomes to respond to future emergencies, and the more we risk slowing down growth and burdening future generations.”

Meanwhile, Riedl said that some forms of government spending can be necessary during a pandemic, but insisted “that is not a blank check for wasteful or ineffective programs.” Indeed, a new Ivy League analysis found that Biden’s budget busting plan—which contains $300+ billion in unrelated partisan spending—would actually lead to lower growth and wages in 2022.

As for other spending proposals, Riedl pointed to the projected $100 trillion in deficits we’re expected to run over the next 30 years. “Let’s figure out how to pay for that first before pouring gasoline on the fire,” he concluded.

The need to temper Congress’s big-spending ambitions was a point of agreement among the three economists.

“A lot of the Democrat spending proposals clearly go way beyond what’s needed to deal with the actual pandemic problem,” Bourne added. “So I don’t think there’s an economic case for most of this bill—it will merely worsen the underlying public finances without much clear economic rationale, and maybe even harming the recovery.”

Critics are quick to scoff at concerns about the debt and deficits, particularly given the hypocrisy of many Republican elected officials on the issue. But the laws of economics haven’t changed, and there’s still no such thing as a free lunch.

At some point, the consequences of our runaway national debt will become too punishing to ignore.