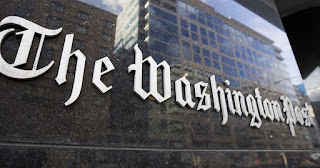 With Donald Trump out of office and de-platformed, you’d think mainstream media gatekeepers would be happy. You’d think wrong.

Though the media-Big Tech regime is doing its best to silence opponents and seize control of the high ground, the news from within is grim. They aren’t happy with how things are going.

And since control of the narrative, and the power and self-importance that accompany that control, is the most important thing in their lives, they can’t be happy.

Consider the cri de coeur of Washington Post public editor Hamilton Nolan, inspired by Tesla’s decision to scrap its media-relations department. How could that happen?

Nolan knows how, and that’s what bothers him: Tesla scrapped its media-relations department because the media don’t much matter to it. Tesla has plenty of ways to get its story out without relying on the media, and that makes the media much less important — and much less powerful. And it’s the power part that hurts the most.