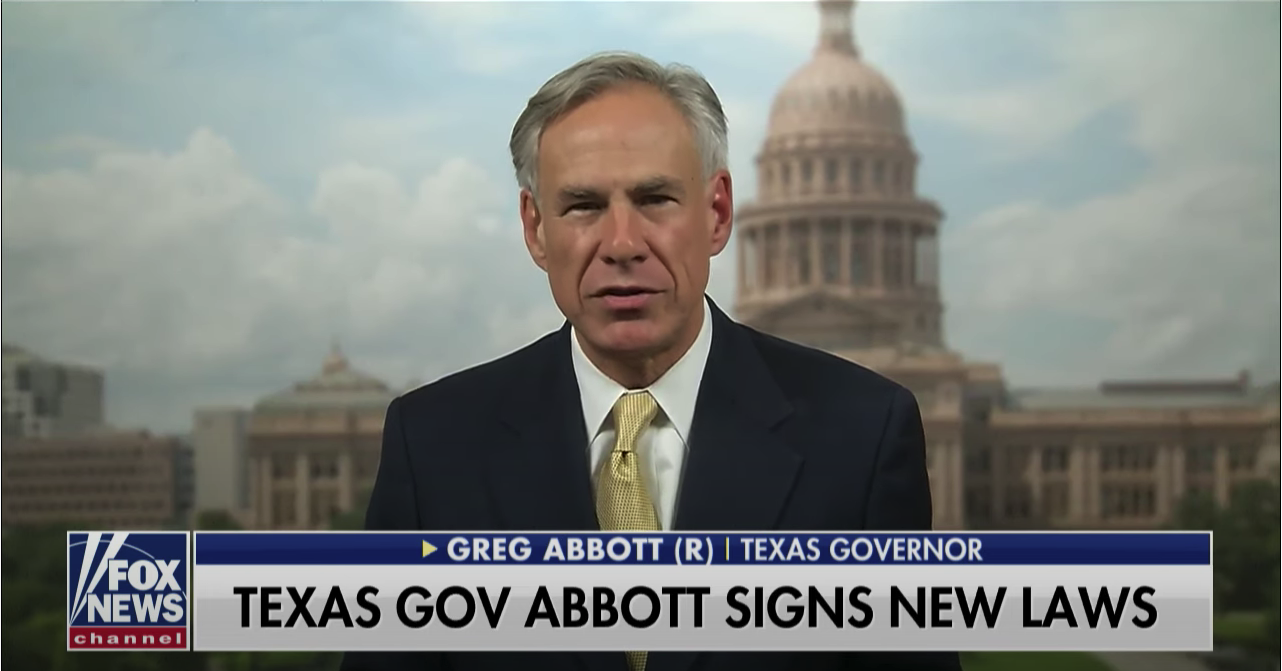 Negotiations continue in Washington as top Democrats push for the passage of a federal $15 minimum wage that would apply a one-size-fits-all rule to all 50 states and US territories. But Texas Governor Greg Abbott is speaking out against the move and arguing that it isn’t right for his conservative state.

“Small businesses are the backbone of the Texas economy, and a government-imposed $15 minimum wage would put a boot on the neck of small businesses struggling under the weight of the pandemic,” a spokesperson for Abbott said. The governor was responding to a new Congressional Budget Office report estimating that the imposition of a $15 minimum wage would eliminate 1.4 million US jobs.

Democrats are pushing the minimum wage hike in hopes of helping workers struggling amid the COVID-19 pandemic and crushing government lockdowns.

“Even before the COVID-19 pandemic, the $7.25 federal minimum wage was economically and morally indefensible,” Congressman Robert C. Scott, a Virginia Democrat on the House’s Labor Committee, said.

“Now, the pandemic is highlighting the gross imbalance between the productivity of our nation’s workers and the wages they are paid,” he continued. “Many of the essential workers who have braved a public health crisis to keep food on the table and care for our loved ones are still not being paid enough to provide for themselves or their families.”

Yet Texas currently operates under the federal $7.25 minimum wage, so a jump to mandating $15 an hour would be a drastic shift. And further adjusting for Texas’s cost of living, a $15 minimum wage is an effective minimum wage of $20.50.

Just how drastic is this? Well, in 2016, the median hourly wage in Texas was $17.06, meaning that the new minimum wage would be higher than what many, many Texans currently earn. The inevitable, predictable result is that many would lose their jobs.

This would not only hurt already-struggling small businesses as Abbott notes, but also threaten the state’s much-needed labor recovery in the wake of the sharpest economic contraction ever reported.

Unlike many US states, Texas is already on the road to economic recovery, in large part because the Lone Star State largely eschewed  an overzealous pandemic response.

Among the 10 most populous states, only Texas posted a gain in the labor force, according to data from the U.S. Bureau of Labor Statistics.

We are poised for powerful economic growth this year.https://t.co/KeiFBBWaum

New Bureau of Labor Statistics data show that out of the 10 states with the largest population, only Texas saw a growing labor force in December. Other states such as California and New York, which have kept their economies strangled with pandemic regulations, saw a 523,317 and 427,018 worker decline in their labor forces, respectively.

Of course, pandemic policies are just one area where Texas is taking a markedly different approach than blue states. It also boasts zero state income taxes and a more hospitable business environment, while states like California are pushing to raise taxes and pass sweeping new regulations.

When states try out different policy combinations, they serve, as Supreme Court Justice Louis Brandeis famously coined it, as “laboratories of democracy.” Voters can see what results each policy offers and vote with their feet depending on what they feel works and what doesn’t.

It appears that Texas is winning the “vote with your feet” race. Per local news reports, “86,164 people traded living in the Golden State for living in the Lone Star State in 2018, up 36.4 percent from 2017 and more than any other state.” Similarly, U-Haul data show a huge spike in one-way rentals from California to Texas.

But regardless of who is currently coming out on top, one-size-fits-all federal policies undermine this policy competition between states. By forcing a $15 minimum wage on a conservative state like Texas that has consciously chosen not to implement one, the federal government would be forcing Texans to live like Californians.

And when it comes to minimum wage hikes, that’s harmful indeed. Not only do minimum wage hikes cause unemployment, but they close off the ladder of opportunity to low-skill employees like teenagers who are just getting started. Moreover, minimum wage increases also result in higher prices for working class consumers and help big corporations like Amazon squash their mom-and-pop competitors.

A free market for labor, on the other hand, promotes employment and economic growth over time. Texas should be free to pursue this alternative even if other states are reluctant to abandon their minimum wage idealism. Just like California and New York should be left free to pursue their own minimum wage policies, harmful as they may be to low-skilled workers and businesses.

In a nation as diverse as the US and with such varied economic conditions across the country, one-size-fits-all federal minimum wages are only a recipe for political division and economic dysfunction.