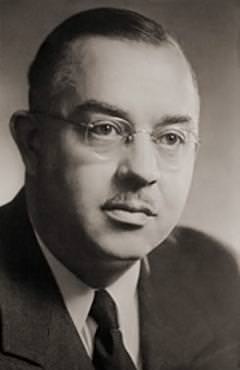 How can one “fight” for liberty while renouncing both lying and the coercion of others? The answer is by using reason. Fortunately, liberty has a comparative advantage in logic. Unfortunately, it can struggle for acceptance in a complex, interdependent world whose workings are not intuitively obvious, and in the face of systematic efforts to mislead people about them.

However, one corollary of liberty’s comparative advantage in logic is a comparative advantage in using analogies. That is crucial, since much of what we know is by analogy. Analogies help us to recognize the half-truths that comprise arguments for coercion, because knowing what is left out of an analysis that should be included, or what is included that should not be, reveals what a more apt analogy should highlight.

One of the best illustrations of insightful analogies for liberty I have ever read is F.A. Harper’s Liberty: A Path for its Recovery.

As a way of commemorating his February 7 birthday, let’s consider some of them below:

F.A. Harper was a prime example of defending liberty in a principled way—through education, persuasion, demonstration. His powerful use of analogies was an important piece of that. Apt ones reinforce the defenses of others who share that vision, while allowing other open-minded individuals to discover it, despite the world of influences that cloud essential issues. Liberty: A Path for its Recovery concluded that “The lover of liberty will find ways to be free.” But today, many must first be brought to understand liberty far better than they do before they can love it, and well-drawn analogies are an invaluable tool for that work.