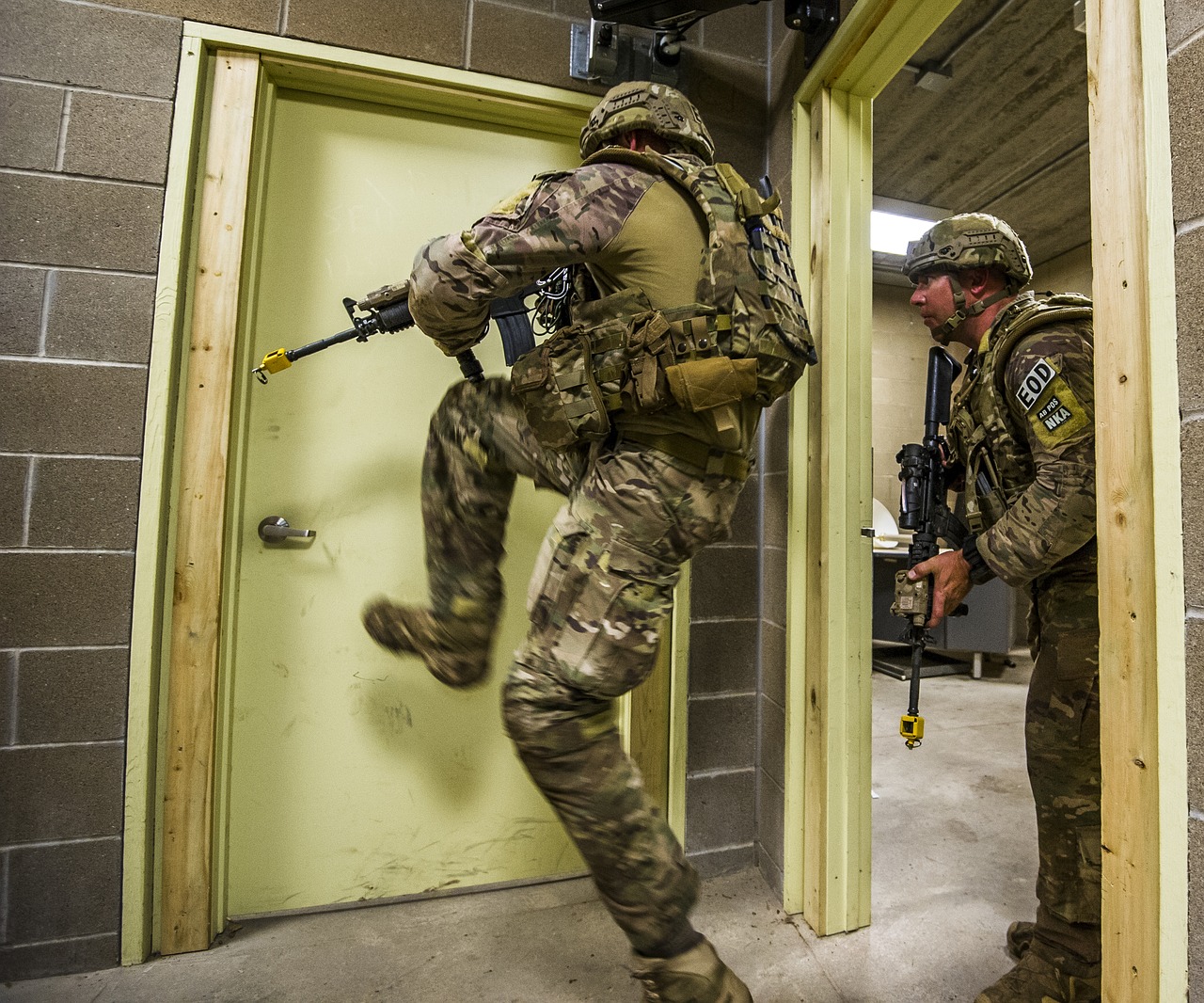 In a case argued before the US Supreme Court on Wednesday, the Biden Administration, along with attorneys general from nine states, submitted arguments asking the justices to uphold warrantless home entry and gun confiscation by police.

The case stems from a domestic dispute between an elderly married couple, Edward and Kim Caniglia. After an intense argument between the two that led to Edward dramatically telling his wife to shoot him with one of his handguns, Kim left the home to spend the night in a hotel. The next day she was unable to reach her husband and became concerned.

She reached out to police for a wellness check and an escort back to the home. But upon their arrival, police manipulated Edward into a psychiatric evaluation even though officers admitted in their incident report that he “seemed normal” and “was calm for the most part.” The police officers then lied to Mrs. Caniglia and told her Mr. Caniglia agreed to confiscation of his weapons. Even though Edwards was promptly released from the hospital, he was only able to regain his property after filing a civil rights lawsuit.

How Are Warrantless Seizures Okay?

Police in the case relied upon a narrow exception to the Fourth Amendment called “community caretaking.” This exception is a half-century old Supreme Court-created doctrine designed for cases involving impounded cars and highway safety. Essentially it was meant to give law enforcement a legal way to remove cars from the side of the interstate or clear wrecks.

While the First Circuit US Court of Appeals acknowledged the doctrine’s reach outside the context of motor vehicles is “ill-defined,” it upheld the arguments in this case and allowed the exception to extend to private homes. In its finding the Court states that this exception is “designed to give police elbow room to take appropriate action.”

But attorneys for Caniglia argue that extending the community caretaking exception to private homes would be an assault on the Fourth Amendment and would grant police a blank check to intrude upon the home.

An amicus brief filed by the ACLU, the Cato Institute, and the American Conservative Union agreed with the attorneys and pointed to jurisdictions that have extended such provisions leading to warrantless invasions of homes for things like loud music or leaky pipes.

One does not need to have a long memory to understand exactly how such permissions could go awry. For anyone who has paid attention to the news cycle over the past year, it is jarring to see a Democratic administration argue for warrantless home entry and gun seizures merely one year after Breonna Taylor’s death.

Taylor was killed in her home by police after a no-knock entry (tied to a falsified warrant) led to cops spraying her apartment (and surrounding ones) with bullets. Taylor’s boyfriend, believing the home was being broken into by criminals during the middle of the night, fired in defense and was originally charged in the case (all charges were later dropped and he is suing the department).

The case created a national firestorm that elevated conversations around Second Amendment rights and self-defense, no-knock warrants, Fourth Amendment protections, and the need for policing reform and accountability. If such atrocities occurred under our current laws, it is pretty scary to imagine what law enforcement might get away with should the Biden administration get its way in this case.

Such arguments before the Supreme Court show that for many progressives their admirable instinct to restrict police power quickly goes out the window when they see an opportunity to chip away at gun rights.

This is severely misguided. A cursory overlook of the justice system’s operations reveals that the expansion of police powers almost always impacts marginalized communities more harshly— communities the Democrats claim to stand for.

In a 2016 speech on the senate floor, Senator Tim Scott (R, SC) spoke about his own experience with racial bias in policing as a black man in this country. “In the course of one year, I’ve been stopped seven times by law enforcement,” Scott said. “Not four, not five, not six, but seven times in one year as an elected official.”

There is no reason to think that an extension of the community care exception would not have the same effect on communities of color.

To cite just one study out of hundreds, the US Sentencing Commission found that when it comes to federal gun crimes, black people are more likely to be arrested, more likely to get longer sentences for similar crimes, and more likely to get sentencing enhancements. If the Supreme Court upholds the administration’s argument, it is not difficult to predict which communities will be impacted the most by this new expansion.

Progressives are not the only ones experiencing a disconnect in principles at the moment either. Many Republicans were surprised in recent months to see police departments readily enforce unconstitutional lockdowns—carting business owners off to jail and fining law-abiding people who simply wanted to go to work. Likely, the majority on the right will be aghast at the arguments presented in this case and their clear violation of both our Second and Fourth Amendment rights. But it should not escape them who is arguing for these violations, nor who would ultimately enforce them.

In another amicus brief filed by the public interest litigation giant, the Institute for Justice, attorneys argued “The Fourth Amendment protects our right to be secure in our property, which means the right to be free from fear that the police will enter your house without warning or authorization. A rule that allows police to burst into your home without a warrant whenever they feel they are acting as ‘community caretakers’ is a threat to everyone’s security.”

The Breonna Taylor case should have been a turning point in our nation’s history and spurred legislation that would strengthen and uphold our essential individual rights and restrict police power. Many hoped it would be the final straw that brought an end to egregious practices like no-knock warrants. Instead, despite much public outcry and demand, we continue to see politicians on both sides of the aisle push for increased police power and an erosion of our right to be secure in our homes and our property.

“The warrant requirement isn’t optional; it’s at the heart of the Fourth Amendment,” Amash told FEE. “Treating the Fourth Amendment as though it flatly permits searches and seizures that seem ‘reasonable’ in the eyes of government officials, regardless of whether a warrant has been obtained, drains it of its purpose: protecting the right of the people to be secure in their persons and property.”

Make no mistake, this is among the most appalling attacks on our fundamental rights and way of life currently occurring. It is an attack on property rights, on our right to self-defense, and on our right to privacy, and if it is allowed there will be gross violations of individuals as a repercussion.

It is vitally important to remember that police brutality is a direct consequence of a government that has grown too big and powerful. The more power we give to the government and its agents, the more prone it is to abuse. It’s time we address the root cause of the problem and put the government back in its place.