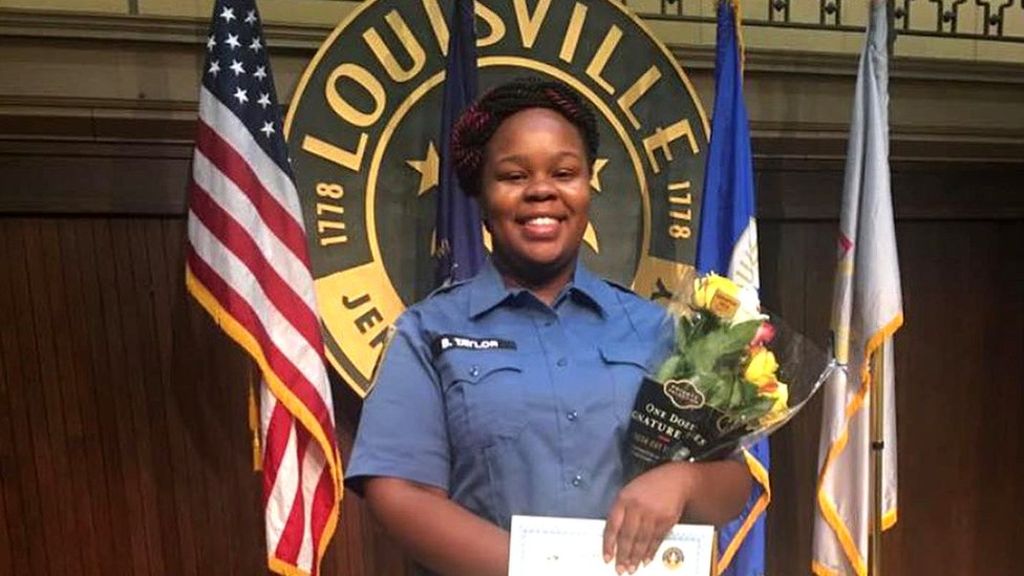 It has been one of the most dramatic seasons in the history of The Bachelor. Amid the inevitable drama that comes with finding love on national television, even more drama arose due to racially insensitive photos that surfaced from the woman who would otherwise have been the season’s winner, Rachael Kirkconnell.

This event was followed by the departure of the show’s longtime host, Chris Harrison, who came to the defense of Kirkconnell.

On Good Morning America, the bachelor at the center of it all, Matt James, referenced the killing of Breonna Taylor when discussing how minorities don’t have the chance to be ignorant about race relations.

The killing of Taylor highlighted flaws in our current criminal justice system, namely the use of no-knock warrants. While reports differ as to whether the police announced themselves or whether Breonna and her boyfriend could hear them, Breonna ultimately paid the price for the confusion.

No-knock warrants are just as they sound: warrants granting police the ability to enter a house without announcing themselves. Many of these surprise raids go wrong. Sometimes police raid the wrong home or cause needless property damage. In some cases, innocent people (including children) have been killed or maimed. But that’s hardly the only problem.

Under the Fourth Amendment, citizens are protected against unreasonable searches and seizures without probable cause—yet no-knock warrants waive these protections in the presence of broad “exigent circumstances,” often in search of drugs.

Too often, the results are harmful to citizens, public safety, and community trust.

Study after study shows that police forced entry of private property does not decrease crime or violence against officers, and they also show that police recover contraband only 25 percent of the time. Worse, an analysis from The New York Times found forcible entry search warrant raids from 2010-2016 resulted in 81 civilian deaths and 13 officer deaths. In fact, officers executing no-knock warrants form a higher percentage of officer deaths than those killed in standard warrant operations.

No-knock raids have sky-rocketed from 3,000 annually in the 1980s to an estimated 60,000 in the 2000s. This is despite officers usually only needing to wait 15-20 seconds before bursting into a home or business under a traditional warrant. Not only do they retain the element of surprise during traditional warrant operations, but suspects may not have time to even answer the door.

Earlier this month marked the first anniversary of Breonna Taylor’s death, and while outrage remains nothing much has changed. Even though Senator Rand Paul introduced a bill to prohibit no-knock warrants, it never received a vote, and he was even heckled by crowds prodding him to “say her name.”

Meanwhile, lawmakers in Washington, D.C. kneeled for 9 minutes to respect the memory of George Floyd, but the package of bills aimed at police reform has yet to make it to the president’s desk.

The same lawmakers who were able to pass a $1.9 trillion stimulus plan along party lines are either unwilling or unable to do the same thing when it comes to police reform. There can be reasonable conversations involving which policies will be most impactful, but for that to matter, individuals and lawmakers need to care about reforms at least as much as they care about virtue signaling and symbolic gestures.

While over half of states have legislation to reform no-knock warrants in 2021, the future is still far from promising. To date, only three states curtail no-knock warrants via statute or the courts, and Utah prohibits the practice only for drug possession cases.

A recent Data for Progress survey found that 60 percent of Americans believe no-knock warrants are dangerous. Elected officials should listen.

A year has passed since the death of Breonna Taylor and many others, and meaningful police reforms are still waiting to be passed. If lawmakers cared about reform as much as their constituents care about reality TV, we could’ve created a far better country by now.