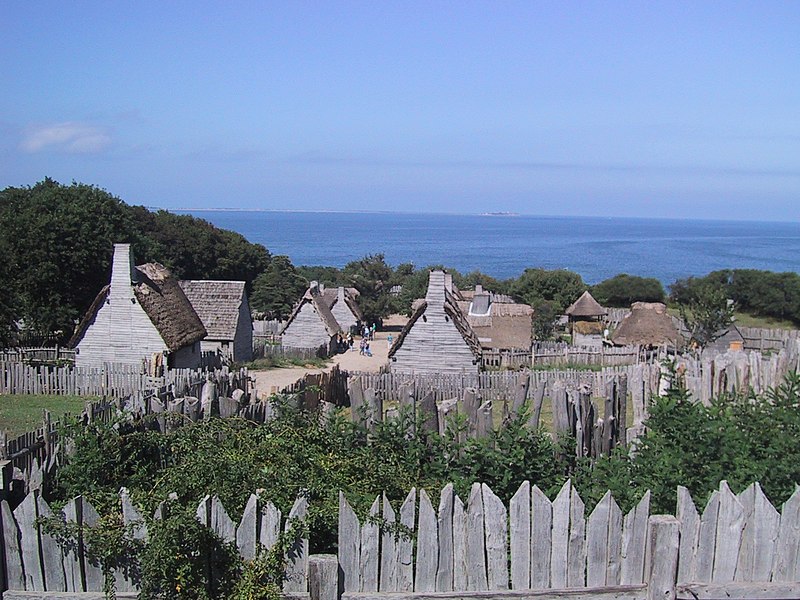 Today marks an historic milestone. Its story is a real-life adventure marked by what some regard as pure luck while others label as miraculous.

Four hundred years ago—on March 16, 1621—an English-speaking Indian from the Abenaki tribe strode into the new settlement of Plymouth in present-day Massachusetts. He greeted the astonished Pilgrims and requested a beverage brewed from fermented cereal grains.

“Welcome, Englishmen!” proclaimed Samoset, whose name meant “he who walks over much.” In a stout, resonant voice he asked, “Do you have beer?”

The Pilgrims were certainly not teetotalers, but on this occasion of their very first, up-close meeting with a Native American, the tap was dry. The Chronicles of the Pilgrim Fathers reveals that they instead offered “strong water”—likely a brandy—as well as “biscuit, and butter, and cheese, and pudding, and a piece of mallard; all of which he liked well.”

No beer, but still an exceptionally good meal from settlers emerging from their first winter in the New World! Many of their number had starved or died from disease since their landing three months earlier.

In the coming days, Samoset returned with Indians from the Wampanoag tribe who were eager to trade with the Pilgrims. On March 22, Samoset brought with him another English-speaking Indian named Squanto, who famously taught the Pilgrims how to raise certain local crops and find wild game. Then later, when the colony abandoned its disastrous experiment in communal socialism and embraced private property, things really began to improve. It is likely that free enterprise fixed the beer shortage too.

What were the chances that the Plymouth colonists would meet perhaps the only two English-speaking Indians on the eastern seaboard in March 1621? You can understand why some saw it at the time as a godsend, a sign that God meant for the colony to succeed.

Samoset, it turned out, had picked up English from sailors and fishermen. Squanto learned it in Europe after he was kidnapped and taken there by an English ship captain. That dreadful act fortuitously saved Squanto’s life because when he returned to America shortly before the Pilgrims arrived, he found that his entire Patuxent tribe had been killed by a plague. That fact also meant that the land of which the Pilgrims took possession (after storms blew their ship, the Mayflower, off course) was vacant and unclaimed. They didn’t steal it from anyone.

Four centuries ago today, that first meeting between Pilgrims and a Native American began a peaceful relationship that lasted for half a century. After providing invaluable information and connections, Samoset returned to his home in present-day coastal Maine, but he had opened the door to a trading relationship and a defensive alliance between the Pilgrims and the Wampanoags. Other nearby tribes such as the Narragansetts were not so friendly and might well have wiped the colony out if not so deterred.

Samoset was a remarkable Indian for many reasons. The Encyclopedia of World Biography notes,

An accomplished diplomat for more than 30 years, Samoset recognized the need for mutually beneficial alliances and treaties with the European colonists that would help his people survive wars, plagues, and slave traders. On July 15, 1625, Samoset signed the first land sale transaction between the eastern coastal Indians and the colonists. He deeded 12,000 acres of Pemaquid Point to John Brown, thus establishing that the true owners of the land in the new world were the Indians, not the English Crown. After Samoset signed another deed of land in 1653, he disappeared from historical records and is believed to have died soon after in what is today Bristol, Maine.

So let’s remember Samoset and the 16th of March, the day he met the Pilgrims and asked for a cold one. He set in motion events that are surely more important in world history than the leprechauns and St. Patrick we’ll celebrate tomorrow.