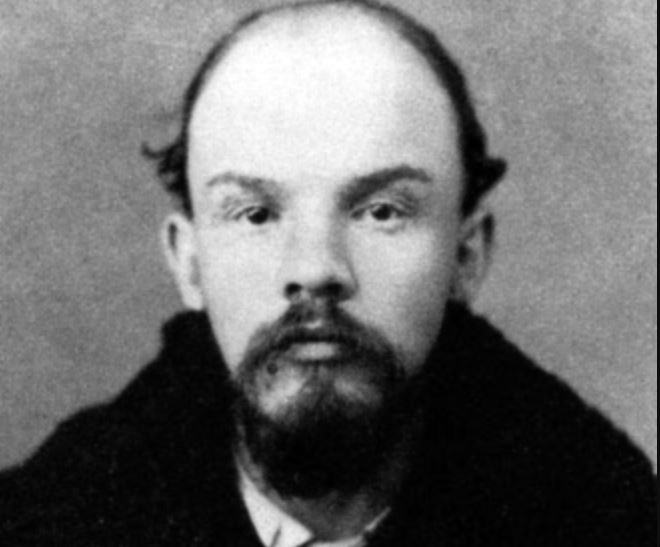 On this date—April 16—in the fateful year of 1917, the Russian communist Vladimir Lenin arrived in Petrograd (now St. Petersburg) from exile in Switzerland.

The Germans, with whom Russia had been at war since the summer of 1914, secretly arranged his return, granted him safe passage through Germany, and even gave him millions in gold. They hoped he would stir up enough trouble that Russia would withdraw from World War I.

A vaccine is supposed to inoculate a person against a virus. Injecting Russia with Lenin was tantamount to administering the virus itself. British historian Edward Crankshaw noted that Germany saw “in this obscure fanatic one more bacillus to let loose in tottering and exhausted Russia to spread infection.”

Within six months, Lenin engineered the October Revolution. His new regime made peace with Germany in March 1918.

So, the Germans got their wish for the near term, but it availed them worse than nothing. They lost the war anyway in November. The monster Lenin created would swallow half of Germany in 1945 and build the infamous Berlin Wall in 1961. The first communist state enslaved millions and bedeviled the world until its collapse in 1991.

Lenin is the same cold-blooded thug who famously wrote, “We must be ready to employ trickery, deceit, law-breaking, withholding and concealing truth[.] … We can and must write in a language which sows among the masses hate, revulsion, and scorn toward those who disagree with us.”

In August 1918, Lenin sent his now famous “Hanging Order” telegram. It instructed local Bolsheviks in the Penza region to deal harshly with the farmers (kulaks) who owned land there and were standing in the way of its nationalization. The British historian Robert Service discovered it in Soviet archives in the 1990s. It read as follows:

Comrades! The insurrection of five kulak districts should be pitilessly suppressed. The interests of the whole revolution require this because ‘the last decisive battle’ with the kulaks is now underway everywhere. An example must be made.

Do it in such a fashion, that for hundreds of miles around the people see, tremble, know, shout: “The bloodsucking kulaks are being strangled and will be strangled.”

P.S. Use your toughest people for this.

That chilling telegram ushered in the “Red Terror” which murdered Russians by the tens of thousands over the next two years.

In a speech in 1987, President Ronald Reagan mused, “How do you tell a Communist? Well, it’s someone who reads Marx and Lenin. And how do you tell an anti-Communist? It’s someone who understands Marx and Lenin.” One can only wonder how different events might have been if the Germans in 1917 had understood what Lenin and his revolution were all about.

The lesson? Make a deal with the devil and the odds are you will get burned.

A Revolution to Always Remember But Never to Celebrate by Lawrence W. Reed

The Battle of Warsaw: Celebrating the Centennial of a Polish Victory by Lawrence W. Reed

The Russian Revolution by Richard Pipes