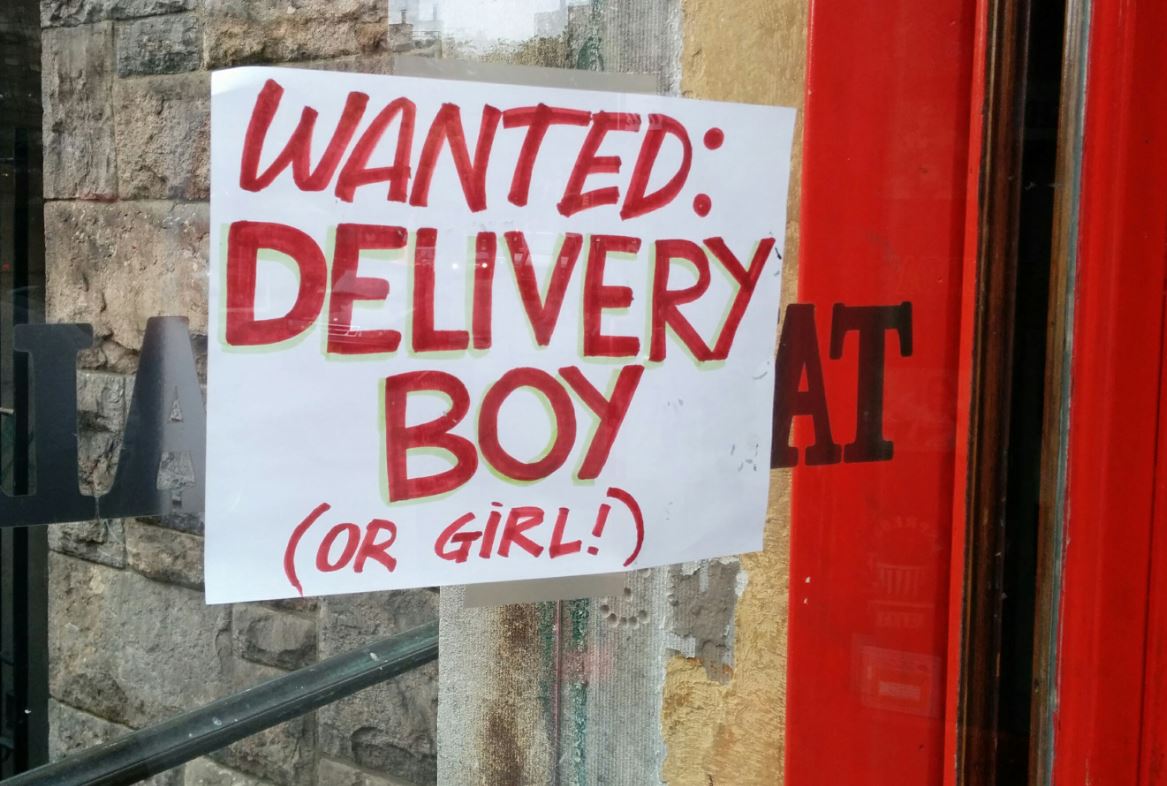 For the last 10 years, Larry and Roxane Maggio ran a deli—Ludovico’s—in downtown Haddonfield, a borough in New Jersey.

Last month, however, they prepared their final catering orders. The couple decided to close their business—“and not because business is bad.”

Similar stories can be found across America, where businesses are struggling to find employees. In Spokane, Washington, job postings “appear to be around every corner,” but employers simply can’t find people to fill the jobs.

“It’s been challenging,” said Matt Jensen, who serves as Director of Sales and Marketing for Davenport Hotels, just one of many businesses in Spokane searching for dozens of employees.

These anecdotes are no aberration. Data show that small businesses are reporting a record number of job openings.

When Summers was asked if the government “went too far” in its latest relief package, which included supplemental unemployment benefits, which in many cases resulted in Americans receiving more income by not working, he did not hesitate.

“Yes,” responded Summers. “If we give people more money for not working than they were getting when they were working, then they’re going to stay on the sidelines.”

Summers, who served in both the Clinton and Obama administrations, went on to describe the move as a “misdesigned” policy by the Biden Administration that could have far-reaching economic implications.

Some might chalk up the unemployment backfire to “the law of unintended consequences,” as David Westin did in his interview with Summers.

While the consequence may have been unintended, it was not hard to predict. Indeed, it was precisely what many economists said would happen.

“Expanding unemployment benefits during a recession has a predictable result: slower employment recovery,” Texas Tech economics professor Alex Salter told FEE’s Brad Polumbo back in February. “We should be helping people get back to work—not making it more financially attractive to stay home.”

This is why Summers called the move an “unforced error.” It was the obvious consequence of juicing up unemployment benefits.

After all, it’s kind of hard to blame people for not wanting to go to work when they can make more money staying home writing that dream novel,  playing Call of Duty, reading Jane Austen, or trying to become the next TikTok star.

It was “an unforced error,” Summers said. “If we give people more money for not working…then they’re going to stay on the sidelines.” pic.twitter.com/eCyTW1CXKw

Nothing harmonizes incentives better than markets, which create incentives indirectly. Directly created incentives, on the other hand, often result in perverse consequences. For example, economist Dwight Lee has pointed out that the former Soviet Union suffered from all sorts of perverse outcomes by directly creating incentives.

“Managers responded to incentives to increase the production of shoes, for example, by making only a few sizes, hardly caring which sizes best fit consumers,” Lee noted. “Such incentives affected people’s behavior, but they failed to promote the social cooperation necessary for a productive economy.”

This is a stark contrast to markets, which do not actively “create” incentives, but allow them to arise naturally.

“The market economy is the ultimate example of how a set of rules can create a setting in which private incentives motivate social cooperation,” Lee wrote. “The most important incentives come from the subjective desires of individuals: the incentive to find love, to earn respect, to make the world a better place, to provide for their families. Markets are the rules of conduct that harmonize these various incentives by making it possible for people to communicate their desires to others.”

The supplemented unemployment benefits were essentially a double whammy. Not only were they an example of a directly created incentive, they directly incentivized something undesirable: unemployment.

In doing so, they created a labor shortage that put Larry and Roxane Maggio—and no doubt many others—out of business.

The supplemental unemployment benefits will go down as yet another cautionary tale about what happens when lawmakers meddle in labor markets. The only question now is how adverse the consequences will be.