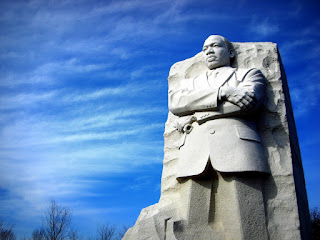 A report at Big League Politics presented some information about MLK and Critical Race Theory – information that was news to me.  Here’s an extract:

A popular talking point from conservatives is that critical race theory (CRT), the racist pseudo-historical doctrine being pushed throughout society by the Radical Left, would be rejected by Dr. Martin Luther King Jr. if he were alive today.

However, King’s own daughter vehemently disagrees with that assessment.

Conservatives may be triggered by Bernice King’s comments but they are historically accurate. The facts show that MLK Jr. was a communist-affiliated huckster who paved the way for blood libels like CRT to take root in America and destroy the country. What few people understand is that many of MLK Jr.’s seminal speeches and writings were either plagiarized or written by Soviet pawn and Communist Party USA organizer Stanley Levison. Levison knew that the notion of civil rights for minorities would eventually be expanded by left-wing attorneys to tear at the Bill of Rights and make America completely unrecognizable. His vision has now been realized.

“There are forty million poor people here, and one day we must ask the question, “Why are there forty million poor people in America?” And when you begin to ask that question, you are raising a question about the economic system, about a broader distribution of wealth. When you ask that question, you begin to question the capitalistic economy,” King Jr. said in an Aug. 1967 speech, demonstrating his incredible ignorance on basic economics.

Before conservatives stopped trying to understand the truth behind issues, they understood that MLK Jr. was a communist figure promoted by the globalist establishment to undermine American unity. This is why former president Ronald Reagan had serious reservations about creating MLK Jr. Day as a national holiday in the 1980s.

Read the full article here.  (I added the link to the Wikipedia page for Mr. Levison and silently corrected the spelling.)