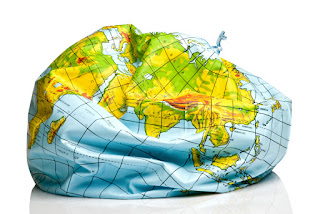 If you have been distressed at America’s downward spiral and dismayed by a media that will not report honestly, you are not alone. At AmericanGreatness, Conrad Black has the bad news:

After three weeks in Europe and extensive discussions with dozens of well-informed and highly placed individuals from most of the principal Western European countries, including leading members of the British government, I have the unpleasant duty of reporting complete incomprehension and incredulity at what Joe Biden and his collaborators encapsulate in the peppy but misleading phrase, “We’re back.”

As one eminent elected British government official put it, “They are not back in any conventional sense of that word. We have worked closely with the Americans for many decades and we have never seen such a shambles of incompetent administration, diplomatic incoherence, and complete military ineptitude as we have seen in these nine months. We were startled by Trump, but he clearly knew what he was doing, whatever we or anyone else thought about it. This is just a disintegration of the authority of a great nation for no apparent reason.”

. . . And there is no precedent for the completely avoidable and shaming debacle of the American defection from its own alliance and helter-skelter flight from Afghanistan, leaving thousands of desperate people of many nationalities who had relied upon the United States, to fend for themselves against the new terrorist regime that seized power there (and $85 billion of U.S. military hardware along with it).

The thought of the most successful alliance in history being “led” for three more years by an American president whose round-the-clock gaffes are not protected in Europe as Biden is in the United States by a totalitarian social media platform cartel and terminally biased national political media is a subject of profound and general disconcertion.

Mr. Black’s full article is here.  I don’t agree with everything he says, but he brings a disheartening perspective from our erstwhile allies overseas.