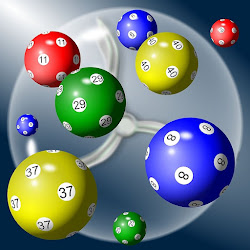 FEE (Foundation for Economic Education) published its report “States Spent At Least $90 Million on Vaccine Lotteries. Studies Show They Accomplished Nothing” at The Washington Gazette. And sadly, their lead-off example is Ohio:

For example, Ohio implemented a “Vax-a-Million” initiative where it drew weekly lotteries for a $1 million prize among those who got the vaccine. Similar programs have cropped up around the country, such as “VaxCash” in Maryland and “Vax and Scratch” in New York. In all, states spent at least $90 million, likely more, Business Insider reports, on these kinds of vaccine lottery efforts.

Given the significant sums involved, it’s worth questioning: Did these pro-vaccine government initiatives actually accomplish their goals?

The answer provided by a new study published in JAMA Health Forum is a resounding “no.” Researchers examined the 19 states with vaccine lottery schemes and compared them to states that did not enact such programs. The authors conclude that the impact these lotteries had on increasing vaccination rates was “very small in magnitude and statistically indistinguishable from zero.”

Read the full report here and weep.  If you are so inclined, send Gov. DeWine a message here to let him know what you think of his initiative – maybe include the hyperlink to the FEE report.