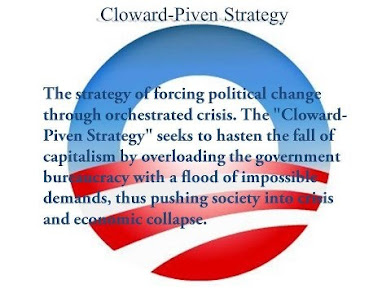 Wayne Allyn Root is a contributor to Townhall.  He’s taken controversial positions in the past, but I personally find his logic and reasoning in this article to be persuasive.

They planned to do it by overwhelming and collapsing the U.S. economy with massive debt, created by getting as many Americans as possible to depend on welfare, food stamps and unemployment benefits. In the ensuing economic catastrophe and collapse of our country, every business owner would get on their knees to beg government to save them.

At that moment of crisis and chaos, we would become a socialist, communist country.

Don’t look now, but it’s happening. The communists of Columbia (and every other elitist Ivy League school) have tried for decades to force a majority of Americans to rely on welfare benefits. They failed. But they won’t give up. They’ve modified the plan. It’s now a powerful one-two punch.

First, they’ve opened the borders to let millions of migrants and refugees into this country — almost all of whom want cradle-to-grave welfare. Also, don’t forget they all need free health care for themselves and their kids, and their new babies, and their extended families. That alone could overwhelm the system and collapse the economy. That’s before welfare and food stamps. And then there’s free public school for all their children and expensive English-as-a-second-language programs that cost billions of dollars but make teachers unions filthy rich.

Part Deux of Cloward-Piven is the vaccine mandates. . .

Read the full column here. As I said, I have a hard time finding a flaw in his reasoning.  More scary stuff.