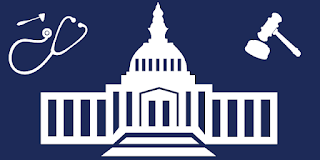 Robert Graboyes has a disturbing piece at Discourse Magazine, “A new guidance document for medical professionals emphasizes critical race theory and social justice at the expense of patient care.”  Here are some extracts:

In October, two of the most powerful medical organizations in America—the American Medical Association (AMA) and the American Association of Medical Colleges—released “Advancing Health Equity: A Guide to Language, Narrative and Concepts,” or AHE. Its 54 densely packed pages admonish American physicians to regiment their speech to conform with woke terminology. The document implores doctors to abandon ordinary expressions in favor of politically charged, politically correct circumlocutions.

Medical professionals are now expected to traverse a linguistic minefield, abandoning hundreds of familiar expressions and replacing them with tortured academic cadences. Failure to conform, the document implies, is a severe moral failing.

This is not merely replacing the simple with the sesquipedalian. The doctor’s every utterance must contain an air of accusation. When someone is ill, it is because someone else is to blame. Previously, a caring doctor might have told an African American patient that his lineage makes him especially vulnerable to diabetes. No more. In woke-speak, the word “vulnerable” is verboten. Now, the doctor must refer to the patient as “oppressed,” “made vulnerable” or “disenfranchised.” Someone, or some grotesque societal failing, is to blame for the patient’s higher-than-average risk of diabetes. The explanation for this particular lexical shift is representative of AHE’s tone and worldview. . .

The entire document reads like final exam essays written by a student who forgot to study—endless strings of half-remembered vocabulary words assembled randomly in hopes that the professor will count the words but not read them. Every med student, every doctor in America must endure hundreds of such homilies and conform or be weighed in the balance and found wanting. Doctors must abandon the notion that a patient bears some individual responsibility for his or her health status. Whatever ails you, somebody out there did it to you. In the search for scapegoats, AHE taps into the fashionable academic catechisms of critical race theory and intersectionality and swears fealty to both.

Public health exhibits a recurring pattern: (1) Declare that X is now a public health issue. (2) Declare that X is in crisis. (3) Flout legal and constitutional norms to quell said crisis. During the pandemic, the Centers for Disease Control and Prevention (CDC) declared that housing evictions were within the realm of public health and that evictions in high-infection areas constituted a crisis. The CDC therefore assumed authority to ban residential evictions, nullifying state property laws nationwide. (The U.S. Supreme Court eventually curtailed the CDC’s presumed authority.)