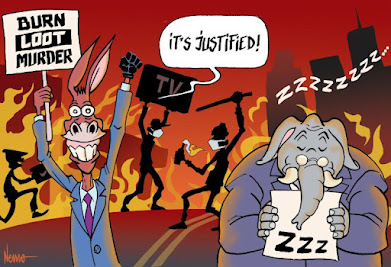 A contributor to TheAmericanSun named Fred Watson Jr. posted a column in the aftermath of the not-guilty verdict for Kyle Rittenhouse.  Mr. Watson begins:

On August 25, 2020, a seventeen year old young man shot and killed two convicted felons to death and shot and disarmed another. It was all caught on livestream. Within two days, charges were filed against that young shooter for a flurry of offenses. On November 19, 2021, a jury acquitted that young shooter of all charges. The trial, both actual judicial proceedings and broader media persecution, of Kyle Rittenhouse was complete. Society now has to live with the consequences of our new era of political trial spectacles.

Who did answer? A seventeen year old, doughy faced kid. He protected where his family lived, where he worked. He went and cleaned up the mess rioters made. He showed amazing cool under pressure and marksmanship to take out multiple attackers. He did it all alone with a mob chasing him. He shamed an entire group of people: right wingers. Someone finally stood up to the months’ worth of mobs and it was a kid. He became a folk hero overnight and energized an entire faction of America. Someone had finally said enough. Someone had finally stood their ground. He was the right’s boy, and they would defend his actions. It was all on tape, and he had defended his community and self. His instincts were all right and intentions were from the heart yet he was persecuted by our warped regime for it.

This is going to repeat itself. Funded riots are a way of life for the left now. The procedure is in place for more instances like Kenosha because the upper echelons of the right allow them to happen. When Sen. Romney marches with BLM, there is no leadership. White America, right wing America, is on its own. The events of 2020 made that clear. The post-verdict outrage from the left, from top to bottom on social media, makes it clear that there is no de-escalation. The events of the 2020s will only ramp up the tension. The riot indulgence will not go away. Will the self-defense veto remain?

This is not the end. This is not the beginning of the end or even the end of the beginning. This is the beginning of the show trial era. Low level civil conflict is already here. America will see more of these flashpoints. The right needs to become fully aware of the stakes and circumstances so that these situations do not arise, and when they do, whatever protective powers are available, are still available for its people. Laws must be enacted. State power must be wielded. Consequences must be real for the left’s random soldiers spread throughout our nation at every level and institution. There were too many structural features geared towards a left wing victory. It seemed God was on Kyle’s side and a competent defense team. God? How else to explain the one surviving assailant being the one to testify and bolster Kyle’s case? How else to explain Kyle shooting three ex-cons and missing the one black who attacked him. The right will have to get off its ass and realize no man on a white horse is going to clean everything up. It’ll have to stop relying on a system thoroughly dominated by the left. The right is going to have to stop letting one boy watch the wolves.