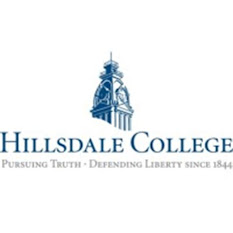 In yesterday’s blog, I linked to historian Victor Davis Hanson’s essay on Cracked Icons of the Left.  Today I am posting on his message from Hillsdale College on his new course on The Decline of American Citizenship:

I wish to invite you to enroll in a seven-lecture course that I prepared with the help and under the auspices of Hillsdale College. It is called “American Citizenship and Its Decline,”and the online course is based on my latest book, the recently released The Dying Citizen.

Like the book, the course describes the current crises in America as symptoms of a far larger problem: the steady decline of the autonomy and political influence of the citizen.

The class describes the origins and history of citizenship in the West, reminding us that it is a rare phenomenon both in the past and the present—given the enormous responsibility placed on citizens to create and control their own government.

Citizenship then requires a large and self-reliant middle class—currently shrinking under enormous economic strains. Clearly defined and enforced borders are also essential to ensure a civic space in which citizens can nurture common customs, sustain traditions, and honor their own shared past.

Yet borders are now increasingly fluid as mere residence and citizenship seem often indistinguishable. Pre-civilizational tribalism—identifying by superficial appearance rather than through shared culture and values—is returning to America as so often the salad bowl replaces the melting pot.

These organic, bottom-up challenges are often matched by top-down stresses such as the growth of a huge permanent, but unelected, government of bureaucrats and administrators who combine judicial, executive, and legislative powers that overwhelm the citizen.

In addition, revisionists in law, the media, and politics seek to change the Constitution, long-held customs of governance, and political traditions for short-term partisan agendas, on the theory that a new changing and fluid Constitution must match an always evolving human nature.

Globalism is an ancient challenge to the sovereignty of the nation-state. But in the age of instant communications and unprecedented concentrations of globalized wealth, so often elites seek to supplant American laws and independence with international organizations and often without the consent of the legislative branch or the assent of the governed.

The course ends, however, on an optimistic note that citizens still have it within their power to restore our traditions of empowered citizenship and return government to the control of citizens.

“American Citizenship and Its Decline” is free to enroll in, and you can begin the course today by clicking on the secure link below.

Like most of Dr. Hanson’s messages, his summary is helpful on its own.