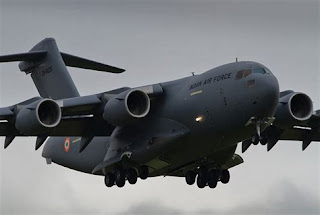 At Heartland Daily New, Michelle Malkin reports that “There Is No Vetting of Afghan Refugees.  A few excerpts:

How much of an illusion is the “multilayered,” “biometric” and “biographic” vetting of Afghan refugees?

Over the holidays, with almost zero news coverage outside the Washington Examiner and New York Post, a Senate Republican memo reported that “almost none of the 82,000 people airlifted from Kabul in August were vetted before being admitted to the United States, despite claims to the contrary from the Biden administration.”

The memo reportedly noted that “Afghans without any identification or records were approved for travel to the United States as long as their fingerprints or other biometrics were not already in a U.S. Government database and connected to derogatory information (e.g., a known terrorist, terrorist affiliate, or criminal). Federal officials relayed that few Afghans know their birthday, which has resulted in a number of evacuees’ date of birth logged as January 1.”

In October, The Wall Street Journalreported that Republican lawmakers had been pressing the Biden administration on “how many Afghans traveled without any paperwork.” No answers yet. . . .

In early November, Sen. Rob Portman, R-Ohio, revealed in a floor speech that “there are at least 10 evacuees who made it past all this screening into the United States prior to the national security concerns being raised and causing them currently to be detained in federal facilities as a national security threat. That’s 10. We don’t know how many more there are.”

Open borders plus bleeding hearts equal a demographic nightmare. Homeland security is a joke. There is no vetting.

Ms. Malkin’s complete report is here.  And this blog reported last month on Afghans arriving in Cleveland on military transports.