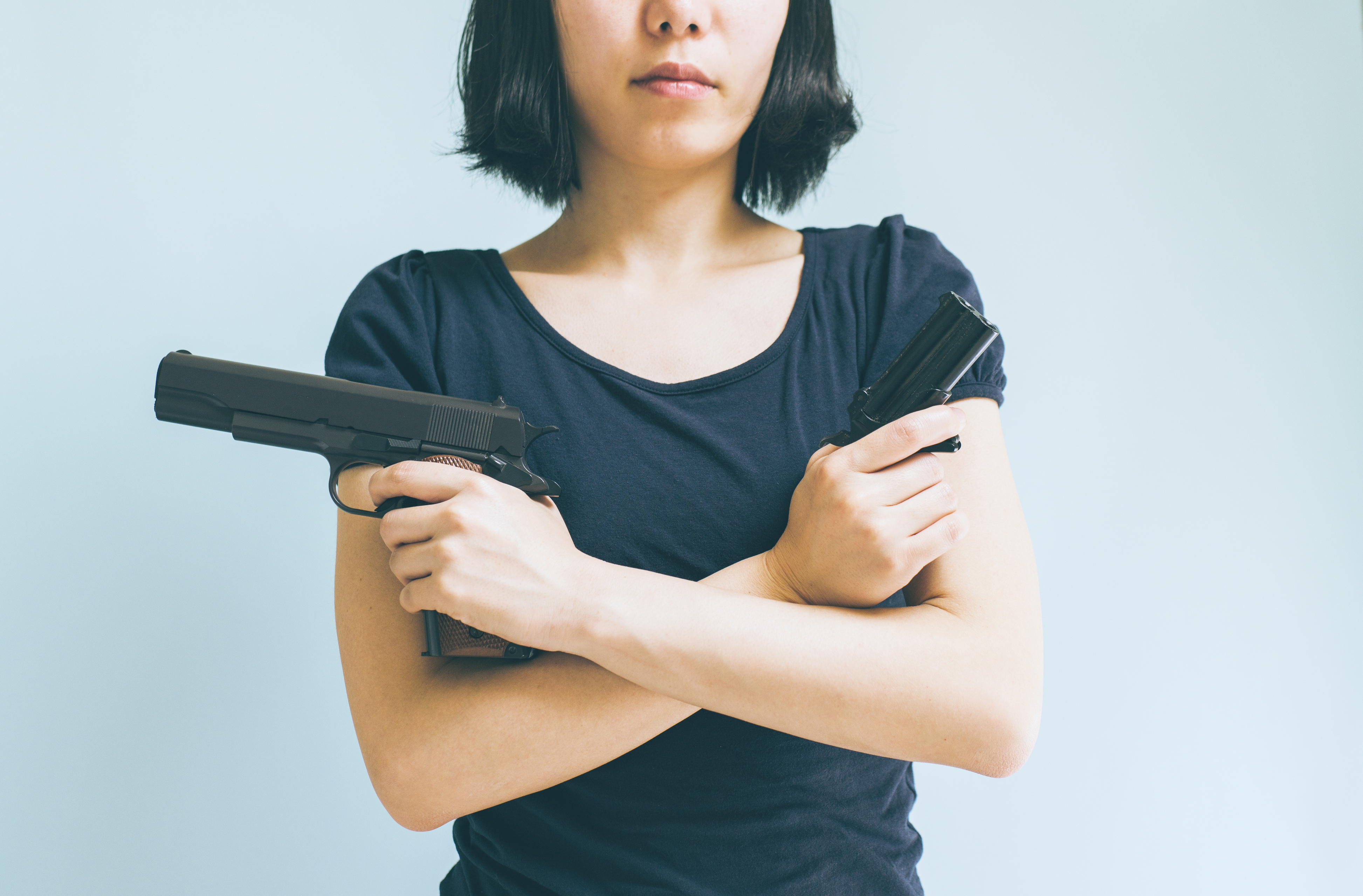 A couple of months ago, The Atlantic published an article written by staff writer David A. Graham that explores the surge of violence the United States experienced in 2020.

Overall the article, which analyzes findings from the FBI’s “Uniform Crime Report,” is quite good. It effectively breaks down what we know and—more importantly—what we don’t know about the latest crime trends in America, which in 2020 saw a record surge in the murder rate amid a broader rise of violence.

On one particular point, however, Graham is simply wrong.

Graham notes that sales of firearms jumped in 2020, as did police confiscation of illegal guns, and he attempts to tie this to the surge in violence.

“You can ask law-abiding people or you can ask people who do not abide by the law, ‘Why are you armed with a firearm?’ ‘I need to protect myself,’” Richard Rosenfeld, a criminologist at the University of Missouri at St. Louis, tells Graham.

Precisely what Rosenfeld meant by this statement is unclear, but Graham’s next sentence is clear.

“That creates a vicious cycle: More people carrying guns tends to result in more shootings, which in turn heightens the desire to carry a weapon for protection,” Graham writes. “When crime is decreasing, this dynamic helps it continue to fall, but once it begins to rise, the feedback loop turns ugly.”

Whether this claim is Graham’s or Rosenfield’s is unclear. No link or citation is offered to support the assertion. What we do know is the claim that “more people carrying guns tends to result in more shootings” is simply untrue.

As economist Mark Perry pointed out several years ago, the US saw gun violence steadily decrease over multiple decades as gun ownership surged.

“According to data retrieved from the Centers for Disease Control, there were 7 firearm-related homicides for every 100,000 Americans in 1993 (see light blue line in chart),” Perry wrote. “By 2013…the gun homicide rate had fallen by nearly 50% to only 3.6 homicides per 100,000 population. ”

Who wants to tell them?

“More people carrying guns tends to result in more shootings, which in turn heightens the desire to carry a weapon for protection.”
- David Graham writing in @TheAtlantic. pic.twitter.com/lel2gzC41O

This decline, Perry points out, occurred as the number of privately owned firearms in America surged from about 185 million in 1993 to 357 million in 2013.

Why Did Violence Fall?

Mr. Graham, who has also reported for Newsweek and The Wall Street Journal, is no doubt a fine writer and reporter. (Many of his points in the article on the FBI’s recent crime report are insightful.) But he’s simply wrong that more people possessing guns “tends to result in more shootings.” The data simply do not support this claim. During this “staggering” decades-long trend of falling firearms crimes, gun ownership steadily increased the entire time.

Ehrenfreund says researchers don’t really know for certain why the decline in violence happened, but he said one thing is clear: “America has become a much less violent place.”

The decline in gun violence was no doubt linked to many factors, but it’s certainly possible the rise of gun ownership was one of them.

As Lawrence Reed has pointed out, compelling research shows guns prevent some 2.5 million crimes a year in America—6,849 every day—nearly a half million of which are of a life-threatening nature. And it’s not exactly hard to see why. After all, 60 percent of convicted felons told researchers that they avoided committing such crimes when they suspected the target was armed.

If you’re suspicious of these statistics, it’s worth noting that the Centers for Disease Control, in a report commissioned by President Obama following the 2012 Sandy Hook Massacre, estimated that crimes prevented by guns may be even higher: up to 3 million annually (8,200 per day).

Again, we don’t know for certain. These are estimates. What we do know is that guns aren’t just used to commit crimes; they are also used to stop and deter crimes.

In his famous essay That Which is Seen, and That Which is Not Seen, the great economist Frédéric Bastiat noted there is a pervasive tendency for people to focus on the visible effects of a given policy or action and miss the unseen consequences.

Gun control proponents often make this mistake. They focus on crimes committed with guns (the seen)—some of which are truly the things of nightmares—but ignore all the unseen, all of the crimes prevented by firearms.

Some may not be prepared to accept the idea that guns prevent thousands of crimes in America every single day. That’s ok.

But The Atlantic should correct its claim that “more people carrying guns tends to result in more shootings.” It’s pure fiction.