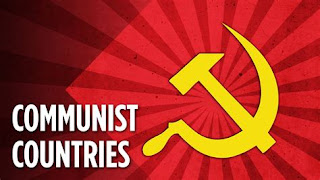 In Issues & Insights, Armando Simón introduces comments by other refugees from numerous Communist regimes who are witnessing with alarm America’s descent into totalitarianism.  He begins:

Refugees from Communist Countries
Are The Canaries In The Coal Mine

. . . People such as myself who have lived in countries controlled by Communist totalitarian regimes are thoroughly acquainted with their characteristics: censorship, divide-and-conquer tactics, fraudulent elections, mutilation of the arts and science, forbidding books, sadistic repressions, absence of comedy, snitching to authorities by friends and family members, constant propaganda, rewriting history books, toppling statues, relentless fanaticism, the rule of law jettisoned, political prisoners, self-censorship, propaganda posing as news, ruining the country’s economy, distorting the meaning of words. We can smell the stench of Communism, the plague of the 20th century, a mile away.

Except we can smell it here. Now.

We are the canaries in the coal mine.

I can give hundreds of instances of the above characteristics being carried out in America, which have been increasing in frequency and intensity. However, most people are unaware of them because the major propaganda outlets (CBS, ABC, NBC, CNN, The New York Times, The Boston Globe, The Washington Post, etc.) ignore them and, on the other hand, conservatives are notorious for only preaching to the choir and stubbornly and stupidly not reaching out to the general public because they are so lazy.

Equally affected by the news blackout of the propaganda outlets are the frantic warnings from immigrants from Communist countries. On several other occasions in various conservative outlets, I have expressed my alarm at what is happening and I could repeat myself here. Instead of writing yet another article sounding the alarm that the barbarians are not at the gates, but inside the gates, I will cite other refugees and dissidents if for no other reason that their voices deserve to be heard by more people, contrary to the efforts of the media hive-mind to suppress them. Some may object to my merely listing their voices and that it is a long list. Well, the point is that it is a long list. So, you should pay attention.

And, remember: If it happened to us, why not to you? And, like you, we did nothing to stop it when it could have been easily stopped in its earlier stages.