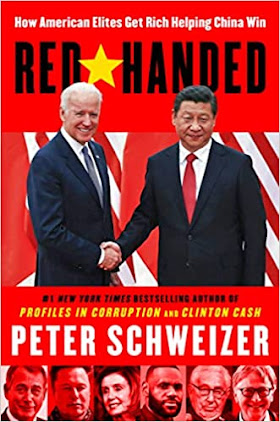 Recognize any faces on the cover?

Schweizer’s track record investigating both Republicans and Democrats is well-established, winning him a unique mix of bipartisan praise for his investigative work from both the left and the right. After the release of Clinton Cash, liberal columnist Eleanor Clift called Schweizer “an equal-opportunity investigator, snaring Republicans as well as Democrats.”

I am sure this book will deliver the goods.  The trouble I have is that Mr. Schweizer’s earlier books – and I’ve read a lot of them – are likewise meticulously documented, footnoted to a fare-thee-well, ready to kick-start a prosecution.  When Throw Them All Out, Secret Empires, Clinton Cash, Extortion, and Profiles in Corruption et al were published, the alternative media covered them, Mr. Schweizer made the interview circuit, and .  . . . Nothing much happened.  Maybe this time??

Full report at Breitbart is here.