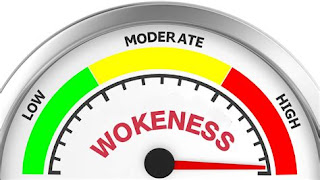 Victor Davis Hanson knocks another one out of the park. His “Wokeism is A Cruel and Dangerous Cult” at American Greatness begins:

Wokeism has been described by its critics as the omnipresent use of race—and to a lesser extent, gender—to replace meritocracy and thus ensure equality of result. What follows from implementing that ideology are reparatory actions to reward those of the present by atoning for the injustices done to others in the past.

Some see it as an update of 1960s cultural Marxism fads. Others scoff that it is just a return to 1980s-style political correctness.

Still more see it as the logical successor to 1990s-type race, class, and gender obsessions—albeit with a shriller and more dangerous Jacobin, Soviet, and Maoist twist. Wokeism’s hysteria also invites comparisons to the Salem witch trials and McCarthyism.

But few have described wokeism as the cruel creed that it is.

Wokeism’s natural logic is to destroy the lives of people of both genders, of all races, and—if need be—those of every age, all to leverage an otherwise unworkable ideological agenda. It is nihilist and destroys everything it touches. It tears apart foes and friends alike, whether by fueling media-driven hatred of Donald Trump or faux-deification of the disaster that is now Joe Biden.

Equity in our Orwellian world is not equality, but payback.

The full article is here. Recommended.