Dr. Robert Malone (credited with the invention of the mRna delivery system for the “vaccines”) has already published his take on the Monkeypox headlines;  his article is at Substack, and he begins:

I keep getting asked the same question again and again; is this outbreak of monkey pox a real threat, or is this another case of overstated and weaponized public health messaging? I am going to save my answer to this question for the end of this article and instead focus on what monkey pox is, the nature and characteristics of the associated disease, what we know and don’t know.

The monkeypox virus, which originates in various regions of Africa, is related to SmallPox (Variola), which are both members of the genus Orthopoxvirus. However, it is important to understand that Variola (major or minor) is the species of virus which is responsible for the worst human disease caused by the Orthopox viruses. For example, Cowpox, Horsepox, and Camelpox are also members of this genus, none of which are a major health threat to humans, and one of which (Cowpox) has even been (historically) used as a Smallpox vaccine. My point is that just because Monkeypox is related to Smallpox, this does not in any way mean that it represents a similar public health threat. Anyone who implies otherwise is basically engaged in or otherwise supporting weaponized public health-related propaganda. In other words, spreading public health fearporn.

. . .There is no evidence of asymptomatic transmission. In other words, current medical knowledge indicates that it is only spread by person to person contact between an uninfected individual and someone who already has symptoms of the disease. Therefore, disease spread can be readily controlled by classical public health interventions such as contact tracing, temporary quarantine of those who have had physical contact with someone who is infected, and longer term quarantine of those who develop symptoms. Essentially all of the current cases in the west which we are seeing in the news are among men who have sex with men, and appear to be due to close physical contact.  . . . Once again for emphasis, Cowpox and Camelpox are also in the genus Orthopoxvirus, and they are not particularly pathogenic when contracted by humans; just because Monkeypox is a “pox” virus in the genus Orthopoxvirus, does not mean it is particularly deadly.

Current data indicate that Monkeypox is not very infectious in humans – it has a low Ro (perhaps below 1), which is the term used to describe how efficiency an infectious disease can spread from human to human. Again, this is super good news for containment. . . .

In my opinion, based on currently available information, Monkeypox is a virus and disease which is endemic in Africa, emerges sporadically after transmission into humans from animal hosts, and is typically spread by close human contact. It is readily controlled by classical public health measures. It does not have a high mortality rate. Unless there has been some genetic alteration, either through evolution or intentional genetic manipulation, it is not a significant biothreat, and has never been considered a high threat pathogen in the past. 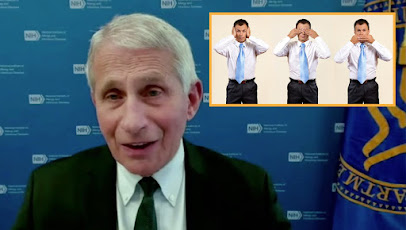