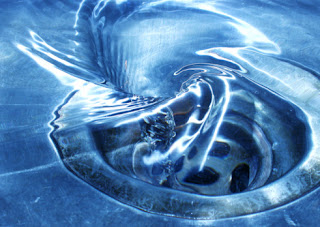 Ed Brodow isn’t too optimistic, either; his title is “Running the World into the Ground”.  Here are the first few paragraphs at American Thinker:

The actions of the people who are in charge of governments are supposed to benefit the countries they serve — in theory, at least. In practice, the opposite is true. In the West, our leaders are destroying everything they can get their hands on.

This is certainly an apt description of the Biden/Harris administration. They inherited a healthy country from President Trump. The economy was taking off, inflation was practically nonexistent, the U.S. was energy independent for the first time in decades, and the border was closed. So what did Biden do? He immediately set out to reverse everything Trump achieved.

Who can claim to be better off under Biden? The economy has tanked, inflation is at a 40-year high, people can’t afford to heat their homes or fill up their cars with gas, crime statistics are off the charts, and confidence in America is at an all-time low. Biden’s open-border policy, which is opposed by a majority of American citizens, is leading to social unrest and economic chaos. A country without a functioning border is not a country, yet that is where Biden has taken us.

America is marching toward totalitarianism as Biden empowers the DoJ and FBI to go after his political opponents, i.e., at least half of the population. His worst offense, however, is following the climate dictates of the World Economic Forum. Biden is torpedoing the robust U.S. economy in service of a totally false assumption — that human beings are able to change the planet’s climate. He is raising taxes so that billions of your dollars can be wasted on ridiculous anti-fossil fuel projects.

Biden has declared war on the energy industry in the name of global warming. He wants us to believe that oil, gas, and coal are killing the planet. What is the result of his climate policy so far? “Harvesting of fuel was cut back drastically,” explained Bill O’Reilly, “and that caused the price of oil worldwide to rise, and that caused the price of gas at the pump to rise, and that lit inflation, as all other goods went up in price as well because they are trucked in to the stores and businesses. That is all on President Biden.”

First, human beings are incapable of controlling the climate, which operates in cycles and always has since the planet was created. Second, our economy is dependent on fossil fuels, and — contrary to the lies fed by the administration — fossil fuel alternatives do not exist, and will not exist in the foreseeable future. . . .

Read the rest here.  Mr Brodow ends on the hopeful note that the next two elections in the U.S. will reflect the wishes of the voters.  Fingers crossed.