Most peasants made their living off the land through agricultural means. Grain, particularly wheat, was a staple crop of life in ancient Egypt. As a result of few grazing lands and the expense of meat, most peasants subsisted off a diet of ground wheat foods, subsidized with meager vegetables. The Egyptians were one of the first people to introduce the use of the ox-drawn plow; however the work of plowing, planting and harvesting would have still been very difficult.
A common meal for a peasant might be boiled or roasted beef, assorted vegetables, fruit (usually figs and grapes), a slice of bread, and beer. The wealthy ate on bronze, silver, or gold plates while the commoners ate on clay dishes. People ate with the tips of their fingers. Everyone was given a small bowl of water to clean their hands after the meal. Although peasant children probably never entered any formal schooling, male children of scribes and the higher classes entered school at an early age. 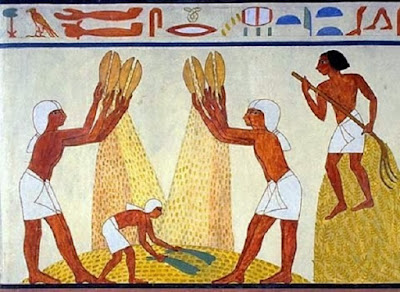 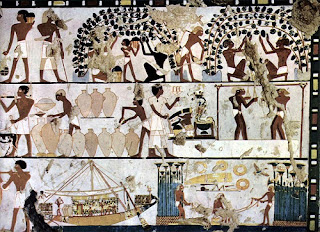 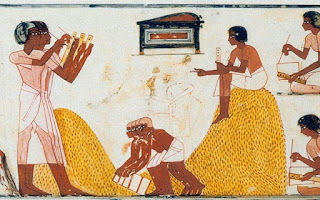 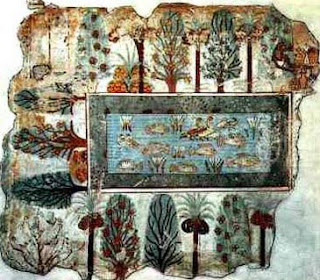 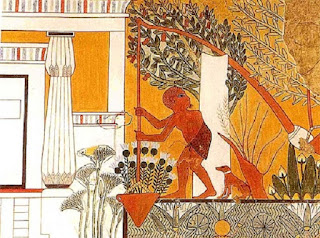 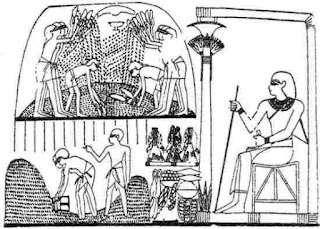 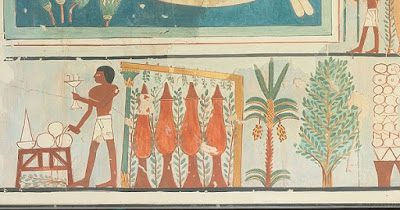 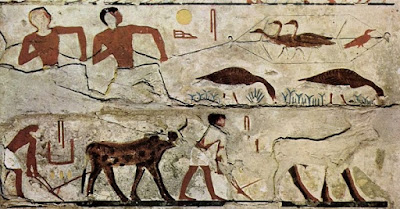 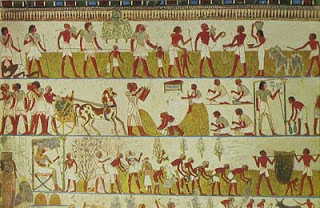 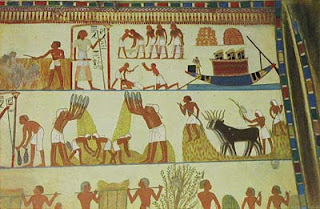 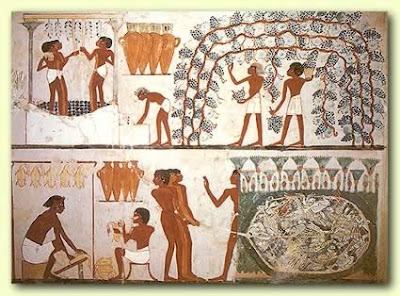 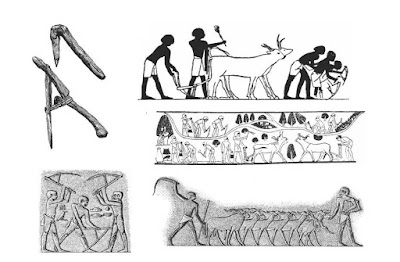 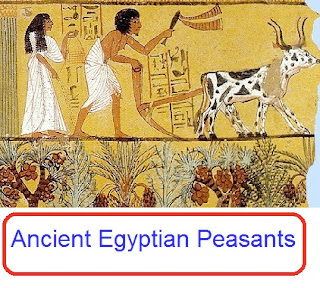 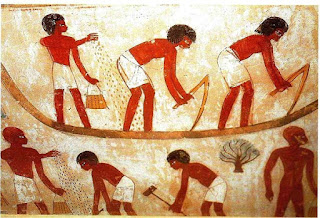 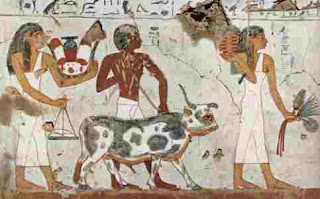 Slaves were most commonly prisoners of war. Although the pyramids are often depicted as being built by slaves, there is little historical evidences of this. Traders,merchants and craftsmen belonged to the middle class. Unskilled workers belonged to the lower class and worked on the fields of farms. A peasant’s home was tiny in ancient Egypt. Each peasant family had their own home. When you opened the door, you entered a courtyard. Inside the courtyard, a ramp led up to the front door of the house.

Some homes had two stories, some had three or more. Ramps were used to move from level to level. People often slept on their roofs. It was cooler, and quite lovely sleeping under the stars. During the flood months of June to September, the farmers were often called for service to the government. Working for the government was known as corvee duty. Wealthier farmers and those holding official posts could buy their way out of the service. Those who did serve the duty worked on large projects such as a temple or a pyramid.

Farming was so important and central to life that the months of the Egyptian year were named after the cycles of the growing and harvesting: Akhet was the month of Inundation, Peret, the month of Emergence, when the waters began to recede, and thus was the season of planting and tilling; and Shemu, the third month, was the month of Dryness, moving to the year’s end when the cycle would begin again. Once the land had dried out sufficiently, it had to be turned by use of a mattock or hoe.